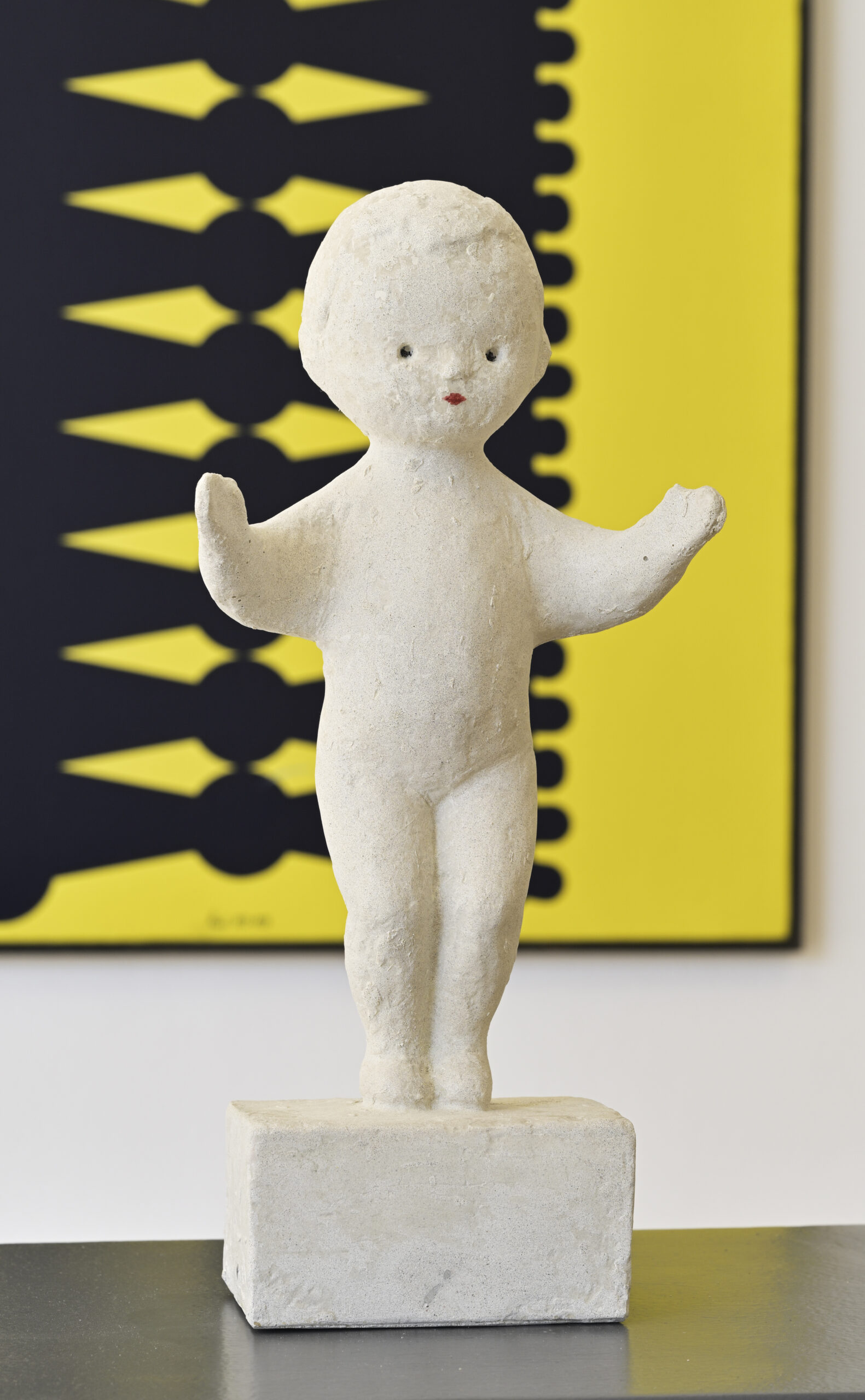 The sculpture by Jass Kaselaan, Ilja came about long before his son Ilja. According to the artist, the latter was still “somewhere out there in the universe” at the time. “

I had a very special relationship with my grandmother, Linda Looga, so I gifted her several sketches of my sculptures. I have the first version of Ilja as a sketch and preliminary model, which I gave to my grandmother in 2005. When sorting through my grandmother’s things after her death, I found this and several other surviving figurines. She had corrected their facial expressions with a coloured pencil – sometimes mouths, sometimes eyes … I liked it very much!”

Jass has been fascinated with the subject of children for quite some time, which is evident in the baby heads in his Square of Dolls as well as in the monument Balance, made recently for Jõhvi Military Base with Art Allmägi. Ilja is a clean and gentle, touchingly delicate child’s figure with a know-it-all face, which seems to be simultaneously protected and reaching out to protect. It carries the artist’s fond memory of his grandmother as well as a father’s love for his son.