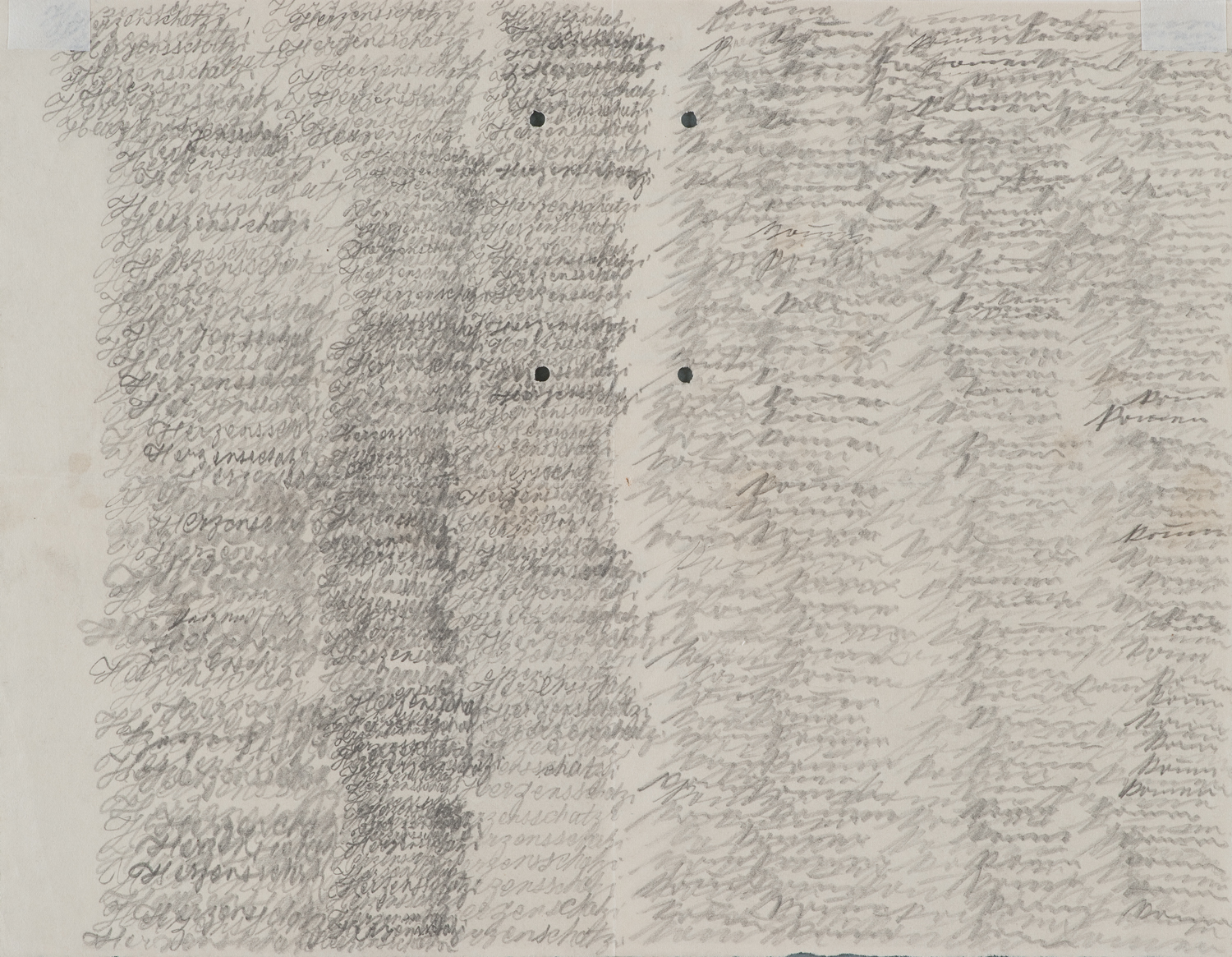 Emma Hauck’s letters to her husband date from her second stay in the Heidelberg Hospital. In these letters she longs to return to her former domestic life and asks her husband to come take her home. As her letters were not forwarded but instead bound between her medical folders, they never reached the addressee. In fact, these letters were not even expecting a reply or a discussion; they only consisted of a few phrases like “Come, my heart’s treasure!” or a single exclamation “Come, come!”

The words in Emma Hauck’s letters are gathered into dense combinations, covering the entire surface of the page. Several overwritings make the text unreadable. Forming columns and structures, only the rhythmic vibration remains. These are no longer words, but a graphic structure.

In Artistry of the Mentally Ill, Hans Prinzhorn first treats Emma Hauck’s letters as “scribbles”, but soon classifies them as “decorative-ornamental”, based on their regularity and symmetry.