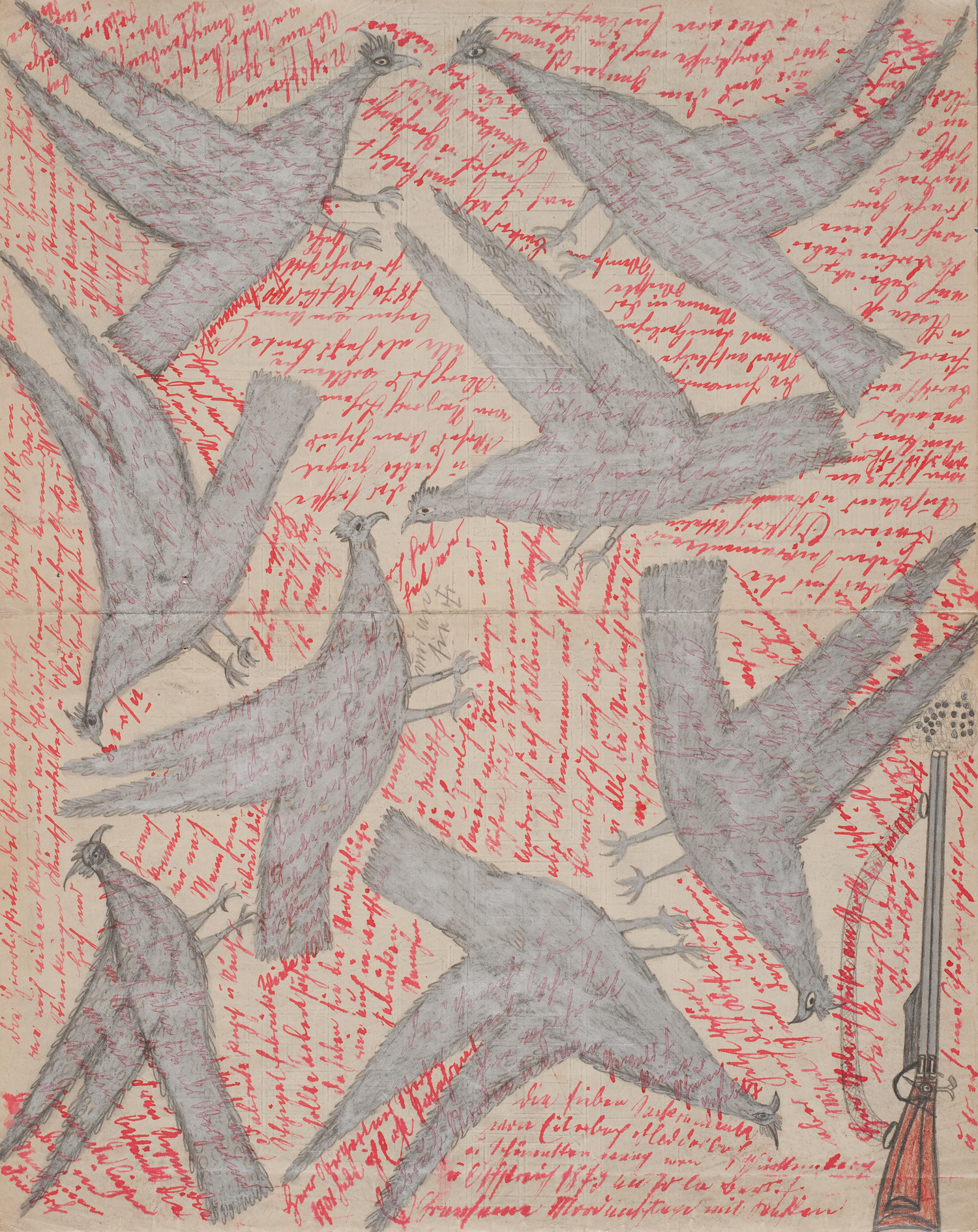 Johann Knopf started drawing right after arriving at the mental hospital. His pictures depict the religious attributes that appealed to him: radiating circles like monstrances, hearts pierced by an arrow, mystical figures and prophetic words.

Yet, Johann Knopf also has other images that are related to the memories of his youth, in which his maternal grandfather, a wealthy farmer, plays the main role. Knopf’s favourite motifs are farmyards and farm animals, particularly birds. His individual compositions of birds are skilfully arranged and generalised to almost abstraction. Their images are often accompanied by sharp tools and rifles as well as fragments of chants about the magic of rifle shots.

In his book, Artistry of the Mentally Ill (1922), Hans Prinzhorn chose Knopf among the ten most extensively discussed artists. Unlike Bühler’s, he does not view Knopf’s work as an authentic and exceptional artistic achievement separate from mental illness. Drawing on Knopf’s illness, which Prinzhorn calls “typical silent schizophrenia,” he considers his images to be strongly formalistic and merely reflective of his anamnesis. “The need for sharing in both spoken and written words as well as in pictures is the primary impetus for Knopf’s creations, yet it does not reach the essential core of drawing,” Prinzhorn writes.