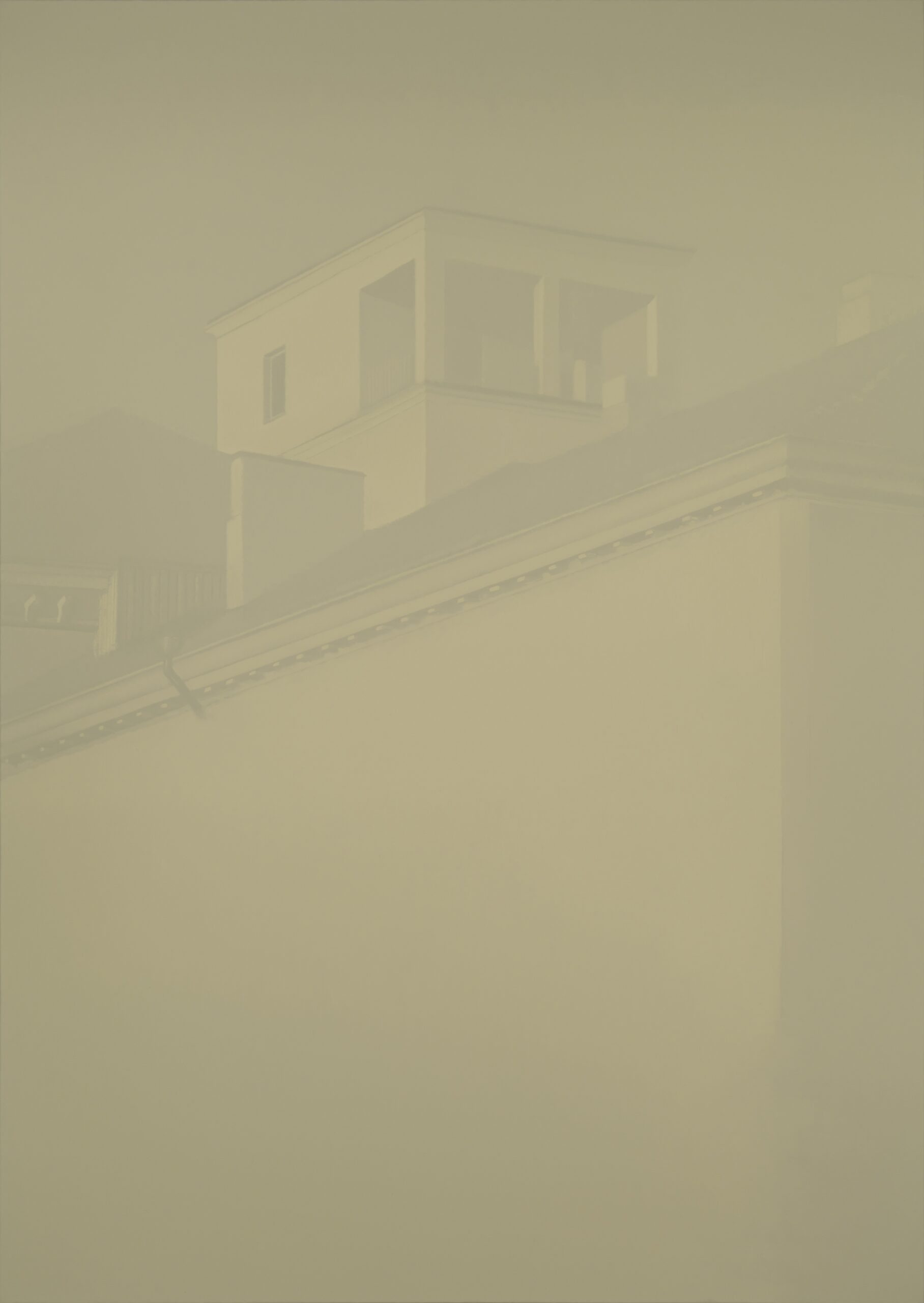 This exhibition features houses and dwellings as a recurrent theme. Without prior agreement, coincidentally yet symbolically, they appear in the work of several artists at the exhibition. Based on photographs of buildings in Tallinn, Tõnis Saadoja’s new series of paintings – four works finished in September and one in October – focus on colour. The artist has never longed to go somewhere else or felt the need to travel. Everything he needs is right here; he can capture it with a camera in the city, less often when walking in nature.

Things most important are continued in the silence of the studio. Saadoja is like a 19th century studio painter, except that instead of models he works with photographs, emotional memory and a sharp mind. The more consciously his area of operation is defined, the more feasible becomes his goal: achieving the most perfect result possible. This is facilitated by returning to old works with a new attitude.

In 2007–2008, Saadoja made a series of nearly one hundred small watercolours, which he called Hometown Tallinn. Based almost exclusively on black-and-white photographs, the series provided an exhaustive overview of Tallinn as an urban space with personal, social and historical significance. For this exhibition he has painted five large canvases with five buildings on his everyday route from home to his studio, realised with the loving care of a craftsman. His original intention was to paint an almost invisible image, much the same way as it would appear in an overexposed photograph. But, as referenced above, in this series the artist does not hunt for light, but rather for colour.