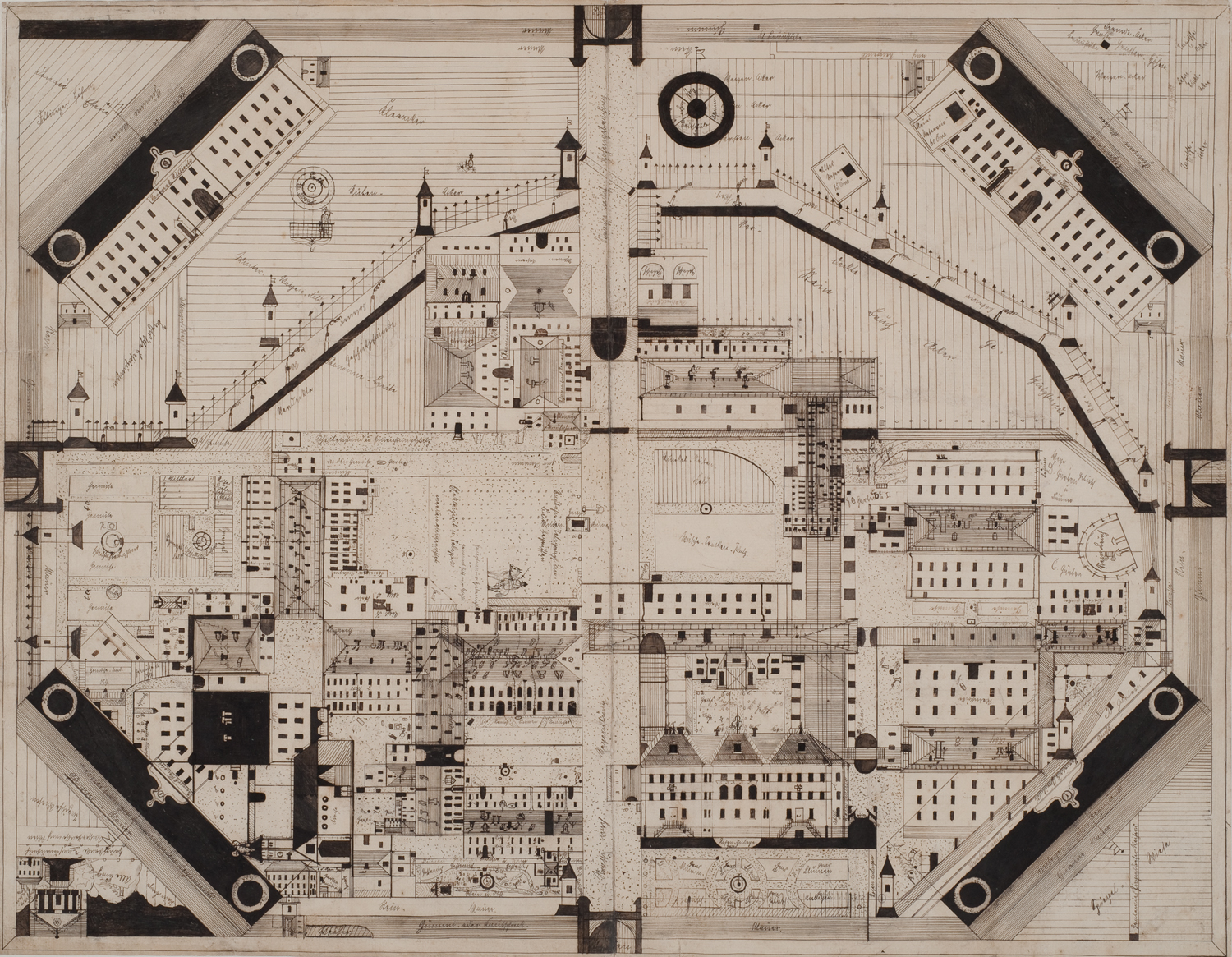 The Karthaus-Prüll treatment and care home in Regensburg was established in 1852, giving a new function to the rooms of an old Benedictine abbey. The Regensburg Mental Hospital, which had required a lot of laborious rebuilding, offered magnificent spatial and architectural views. The enthusiasm and innovativeness of the hospital’s chief physician and psychiatrists were remarkable. Psychiatrist Adolf Vierzigmann practiced art himself and also promoted it amongst his patients. On his initiative, an art collection was compiled between 1906 and 1921, from which 12 of the most remarkable works were later sent to Heidelberg at the request of Hans Prinzhorn. Among them are Josef Forster’s Man Without Gravity and Franz Joseph Kleber’s Plan for Charterhouse Prüll in Regensburg, which became the emblem of the Prinzhorn Collection.

Kleber’s site plan of Regensburg Hospital has been displayed at several exhibitions of the Prinzhorn Collection, most recently at the museum’s exhibition in 2018, Restlessness and Architecture. Inventions, schemes, machines and plans offered many mentally ill people an output for their obsessive thoughts (see also Friedrich Bedürftig’s work in this exhibition).