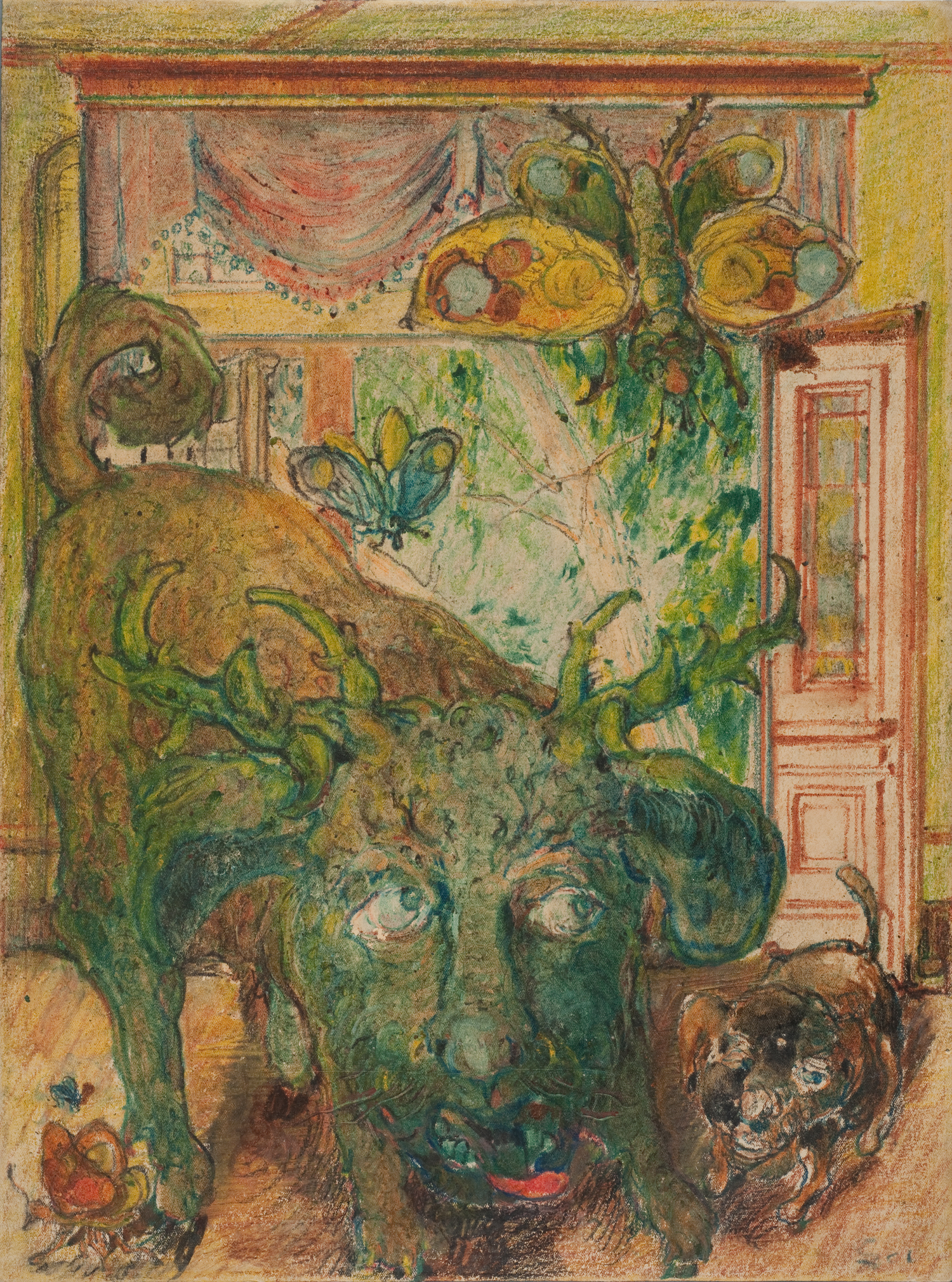 “We have a couple of dozen drawings from his first year at the hospital. These are completely realistic and depict fellow patients and everyday scenes,” writes Prinzhorn. “Nothing but the strange texts in these drawings speak of Bühler’s mental state. For him, drawing seems to be an activity that is equally important as eating and sleeping. /…/ From 1904 onwards, he also started making works based on affect and hallucinations. /…/ The background of Bühler’s painting Fantastic Creatures in Room depicts an open door leading to a garden. The image is very realistic and reminiscent of a specific hospital room. The monster in the foreground is part dog, part boar, part elk and part human. It looks as if about to step out of the picture and appears to be quite close to us. Next to the monster, we can see a small dog with somewhat numb eyes in his wide face. It is a depressing, raw and awkward picture that looks brutal due to its flaming reds. Bühler’s latest works (NB! Prinzhorn’s text comes from a book published in 1922. – T.L.), such as Madonna with Crows, display his rich expressive toolkit. Bühler’s idea for the picture is enviably original and perfectly executed, without any vulgarity in brushstrokes. If this work were displayed in a neutral exhibition space, no one would ever think of sending the artist to examine his mental health.”

Prinzhorn dates the heyday of Bühler’s work to 1918, emphasising the expressiveness and bold realisation of his self-portraits as a pictorial confession of a creative man who had long suffered from restrained speech (like van Gogh). His Angel of Revenge, in Prinzhorn’s view, could easily be compared to Dürer and Grünewald: “… it is time to acknowledge that there is a separate component of creativity that allows us to see the value of the work solely in the work itself, even if it has been produced by a schizophrenic.”