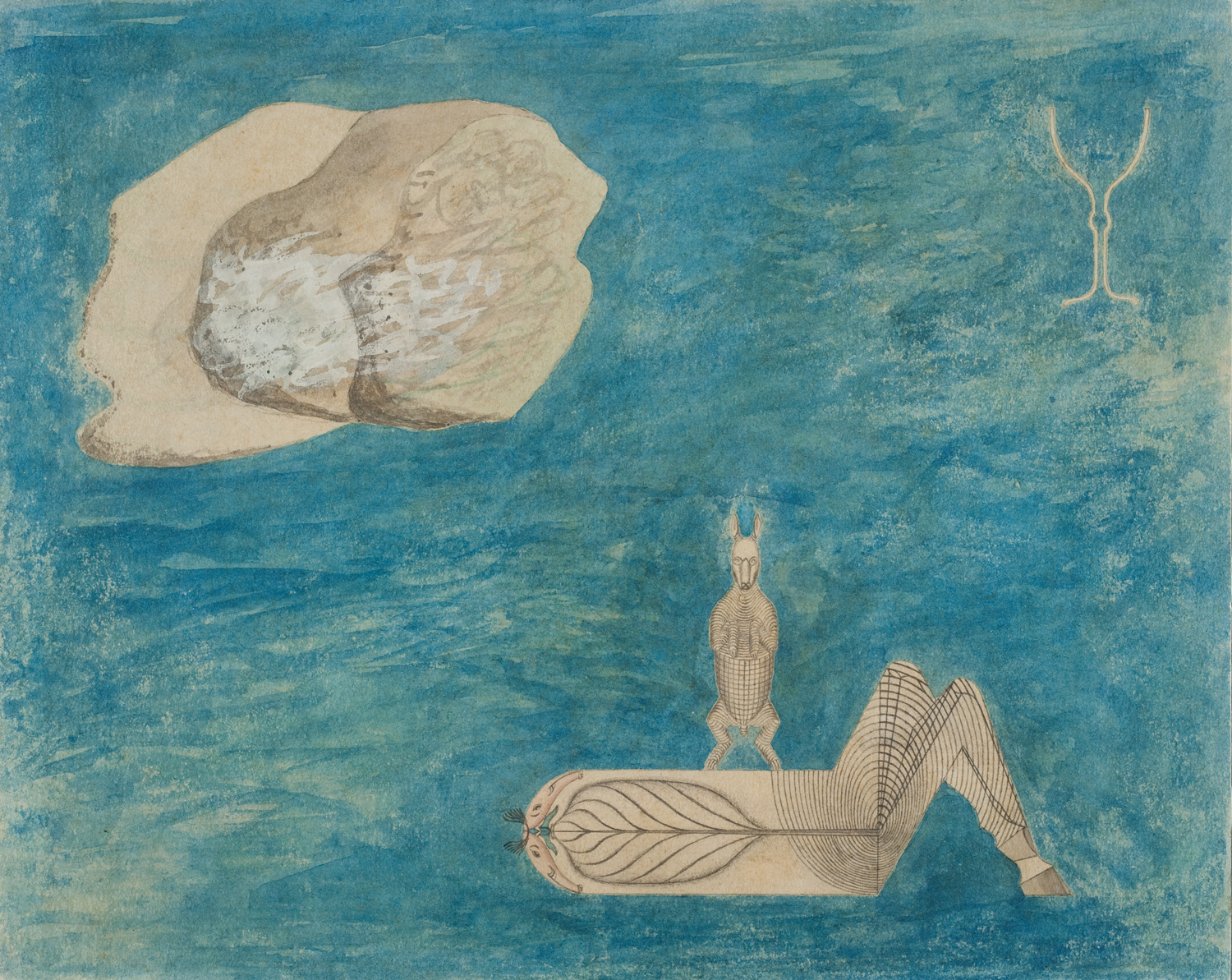 Natterer himself has said that World Axis with Hare predicted World War I and that the hare on the right side of the picture represents “the fragility of good luck”: “The hare suddenly jumped out and hopped on a rolling log. It was turned into a zebra and then a donkey. The donkey was covered with a towel: its hair was removed. All along, there was also a chalice standing there.”

Prinzhorn’s book Artistry of the Mentally Ill (1922) made Natterer famous; his works were reproduced more frequently than those of any other artist in the collection and the Prinzhorn Collection was often identified with Natterer’s name. Among other things, Prinzhorn writes: “Natterer had drawn and painted since 1911 and his paintings fall into two very different categories. Some of these suggest a hallucinatory experience at the core of his illness; others are watercolours painted with extraordinary meticulousness, patience and an opulence of realistic details.”