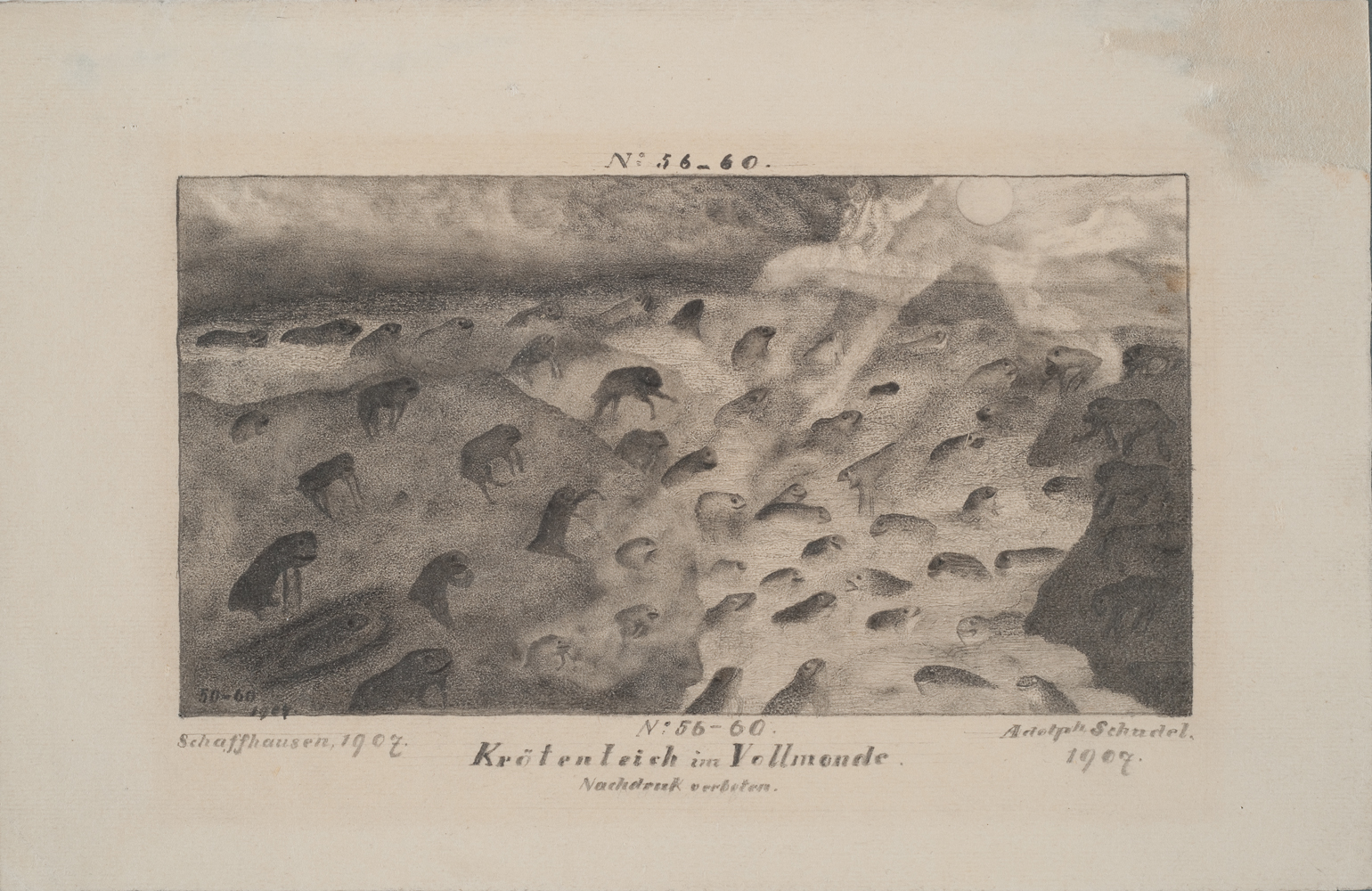 In his book Artistry of the Mentally Ill (1922), Hans Prinzhorn categorises Schudel’s work under “vivid fantasy”. This is more complicated in his approach than ornamental-decorative or imitative art, because here one has to look for the individual and the spiritual instead of the anonymous. Without mentioning the author’s name, Prinzhorn writes of Schudel’s works: “These are the works of a schizophrenic who used to be a photographer and retoucher when he was healthy /…/, and  who is trying to transfer his former retouching habits to the soft and subtle shading technique of his pencil drawings. /…/ The discouraging atmosphere of the whole is caused by the vagueness of the individual parts of the picture and the failure to give them a rational meaning. The relatively uniform overall effect of the image is not explained by the relationship between the composition and the figures depicted on it, but rather by the rhythm of the shades of grey and the modest shading of the pencil line covering the image surface. /…/ In order to experience the magnificence of the image, any realistic point of view must be abandoned. No artist with a critical sense would be able to combine these rationally impossible yet self-evidently realised picture parts the way the author of these works has done.”