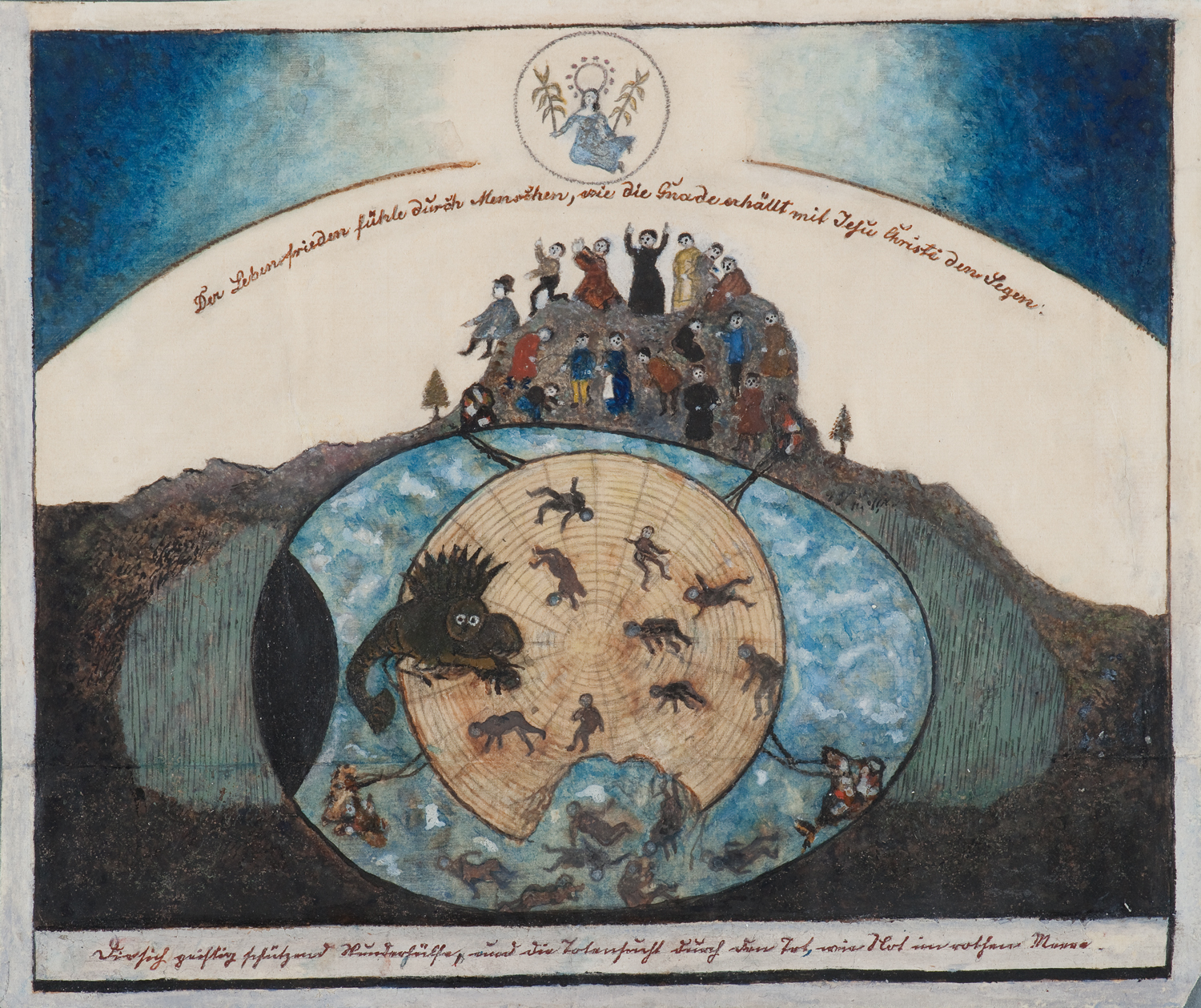 Prinzhorn dedicates to Heinrich Hermann Mebes (without mentioning his name) one of the twenty colour plates in his famous book Artistry of the Mentally Ill (1922) and compares his manuscripts and paintings to Philipp Otto Runge, medieval book art and Persian miniatures: “He has left behind a series of booklets with numerous sensitive watercolours in imitative style and an exceptionally rich heritage of poetry and prose. The latter are mannerist, written in prophetic language. His paintings are saturated with symbols, different motifs and small details and are built on strict symmetry. /…/ In the vein of the mystical and symbolic worldview of a watchmaker, his images are divided into two parts: in the lower part of the picture /… / there is a sinful sphere where people suffer due to their desires /… /; in the upper part /… / there is a realm of fidelity, innocence and bliss. The image follows an unusually strict formal arrangement, yet avoids becoming overly pedantic because the opulence of motifs sets various groups of images into contrast. /… / Everything seems so unique that there is no reason to consider the themes and the structure of the picture to be anything else than the man’s original invention.”

Feel the Peace of Life Through People, the Way Grace is a Blessing from Jesus Christ