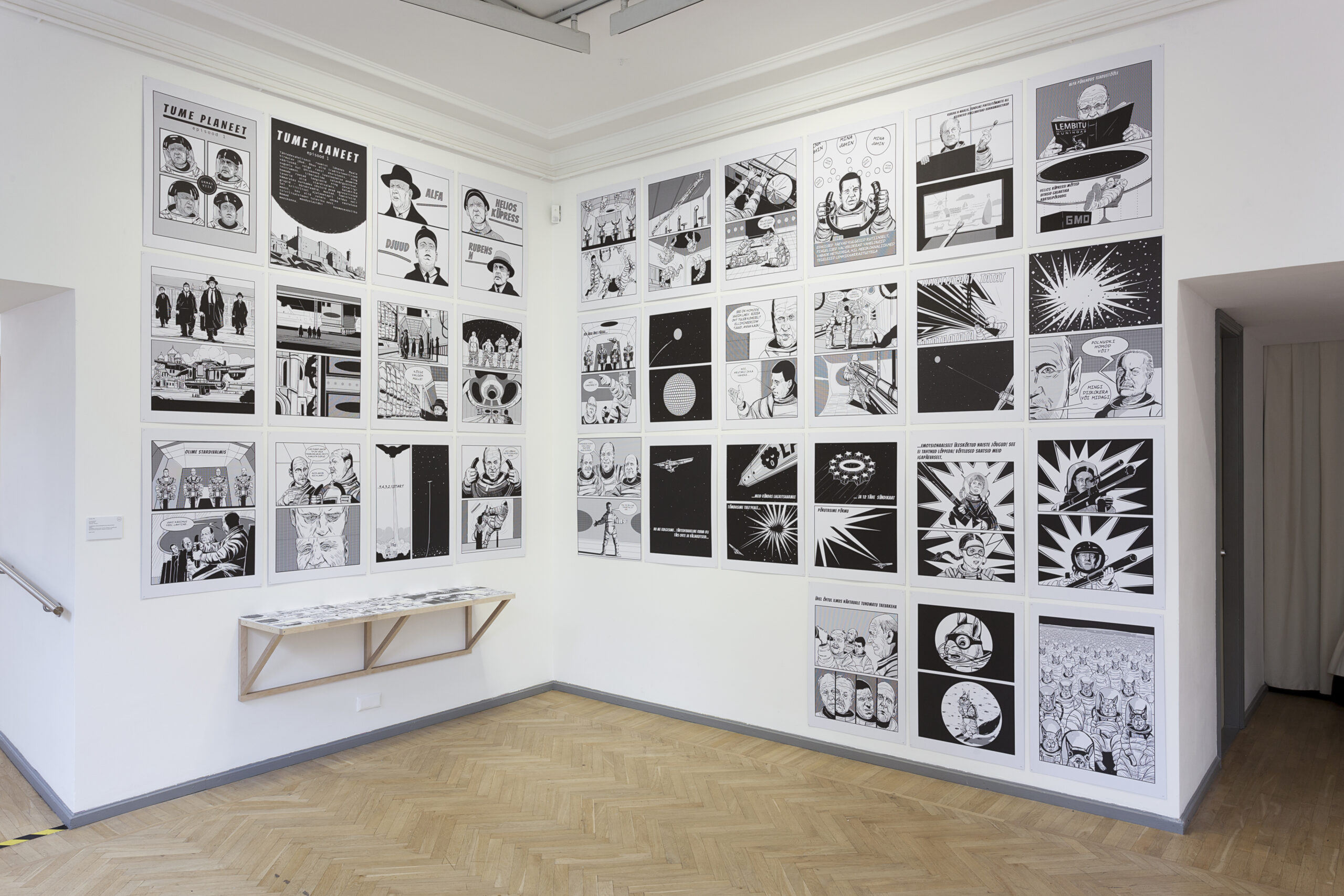 Interdisciplinary artist and book designer Urmas Viik has created a new comic series entitled Dark Planet which features an intergalactic station team, referencing well known figures in Estonian political life. The style of the comic series is realistic, in black and white, presented with dialogues and speech bubbles based on recognisable political rhetoric and vocabulary.

The fantastical narrative opens up to the viewer after careful observation and reading of the passages. Dark Planet can be understood even without grasping the meta-level, but Estonian political heroes add another layer to its graphic narrative. The work emphasises ambivalence and is a mixture of glamor, high-tech and political banalities. Unlike superhero comics that dwell on the divide between good and evil, Dark Planet is more interested in showing its characters’ sense of ethics. There are no easy answers, as the characters embody imperfect heroes and thoughtful villains. The artist doesn’t shy away from telling viewers the painful truths about aspects of Estonian society in a more nuanced and provocative way than in the media, forcing us to confront our own biases and prejudices.