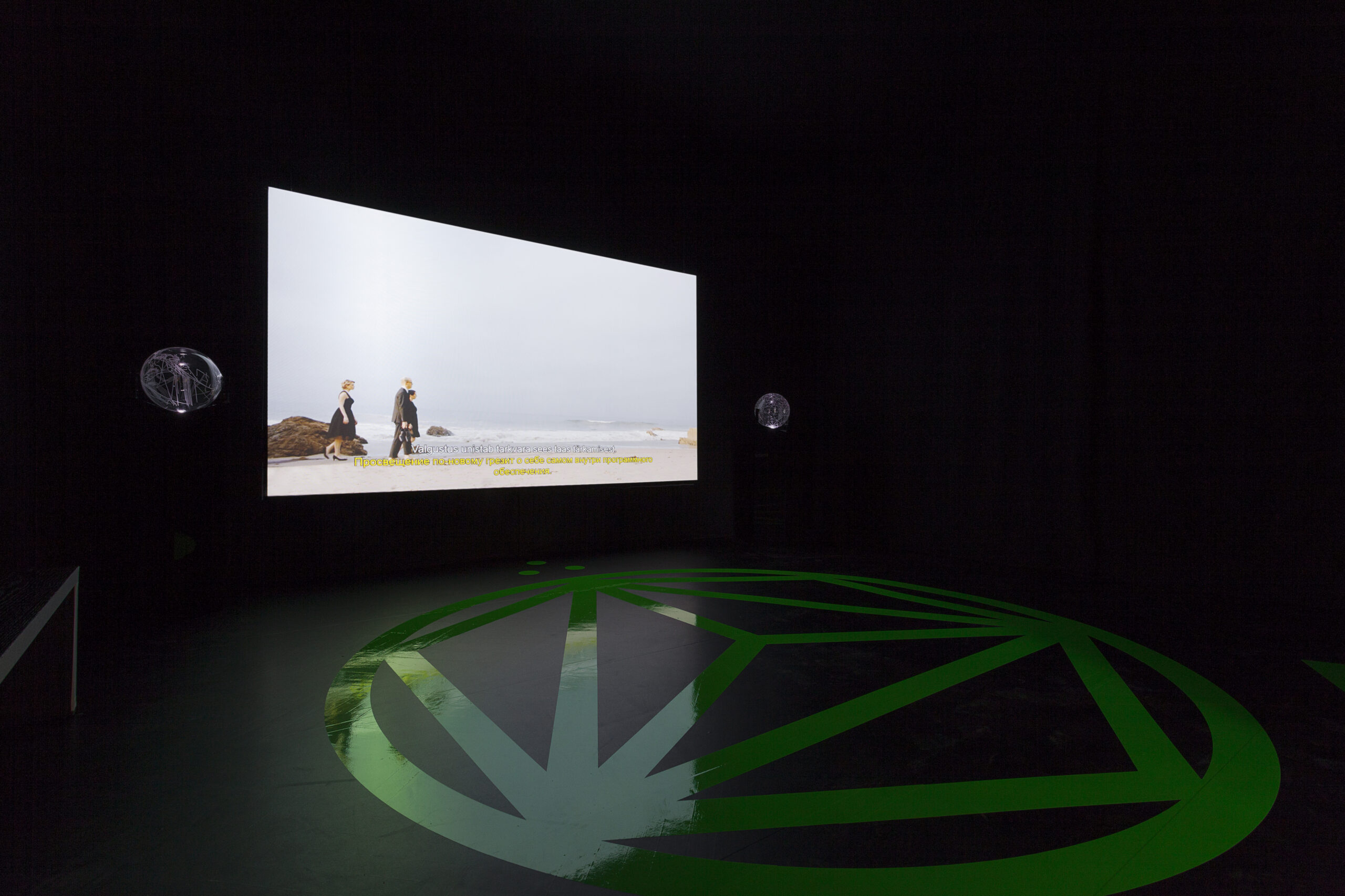 Zack Blas’ artistic practice engages security technologies as well as queer politics. Consisting of a queer science fiction film installation that includes live action and CGI, blown glass sculptures, Contra-Internet confronts the transformation of the internet into an instrument for state oppression and accelerated capitalism, while speculating on internet futures and network alternatives.

Jubilee 2033, the short film centrepiece, is a re-imagining of scenes from filmmaker Derek Jarman’s 1978 queer punk film Jubilee, starring Susanne Sachsse and Cassils. Jubilee 2033 follows author Ayn Rand and members of her Collective, including economist Alan Greenspan, on an acid trip in 1955. Guided by an artificial intelligence named Azuma, they are transported to a dystopian future Silicon Valley.

Blas explained the inspiration behind his work: “I developed contra-internet out of Paul Preciado’s text Manifiesto contrasexual (…) Just as Preciado articulates contrasexuality as a kind of alternate knowledge and practice that disarticulates itself from naturalised, heterosexist notions of sex and sexuality, I have come to view contra-internet as a term that pushes against the ways in which the internet, as a kind of dominant social condition, is attached to modes of governance and cultural hegemony, such as neoliberalism and mass surveillance.”