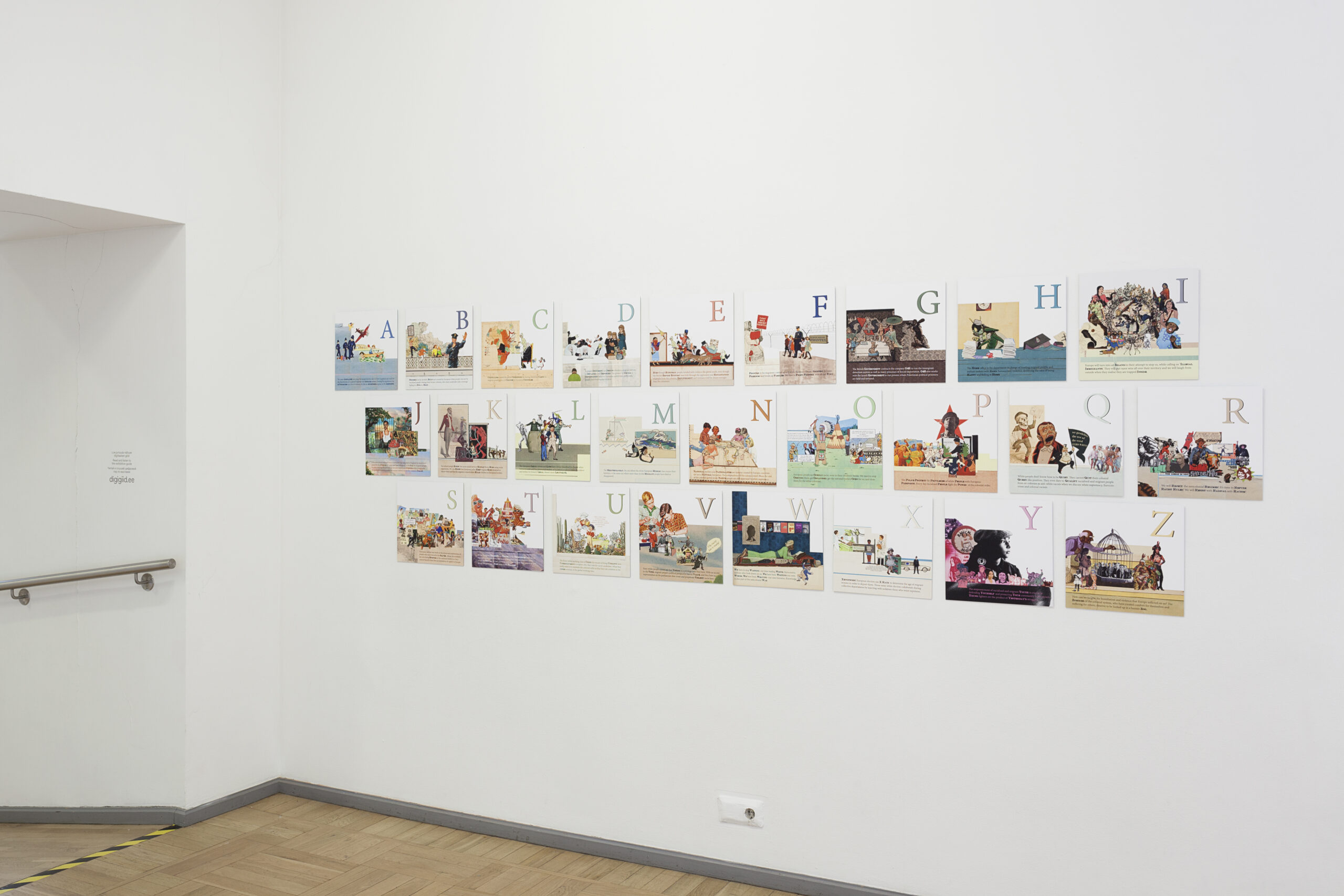 The Peru-born artist Daniela Ortiz addresses nationality, colonialism, race and class to look at the politics of citizenship. In her recent projects, she has drawn on her own experience as an immigrant to examine national and international migratory control systems. The project ABC of Racist Europe poignantly expresses these concerns in the form of a children’s book that challenges stereotypes associated with migration.

As the artist explains: “Today’s Europe has been built thanks to a system called racial capitalism: all this colonial order of plunder, exploitation, and enslavement of racialized peoples has built the current European welfare state. To be able to sustain a system of plunder and violence against other territories and against other peoples, and to be able to impose this ideology on the rest of the planet, you need to reproduce racism in each of the spaces of daily life, and of political and public life (…)”

In ABC of Racist Europe, the artist has created a glossary, re-analysing many of the terms associated with the migrant experience. Ortiz emphasised it was important for her to engage with children’s literature, as it is a field that reproduces racism in the guise of innocent language that appears harmless.