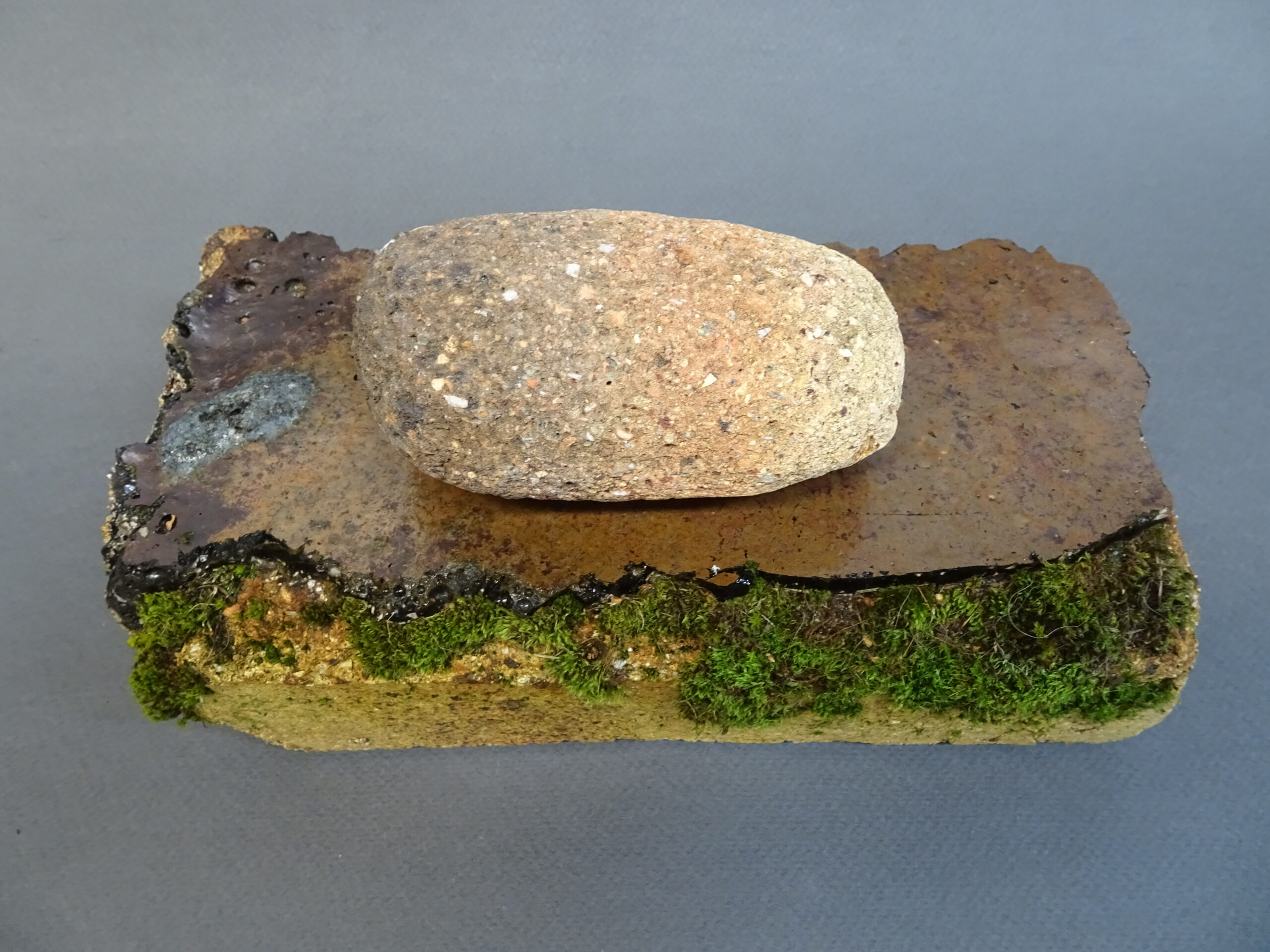 This assembly consists of two bricks: the lower one had been part of an old firing kiln, while the upper is a piece of brick polished by the sea. The first stone has been fired at various temperatures (up to 1,300 degrees Celsius) dozens of times and then left lying outside, exposed to the weather. The second one is smoothed by waves. “This is an example of the cooperation between man and nature, where nature will outlive the former,” Ingrid says.