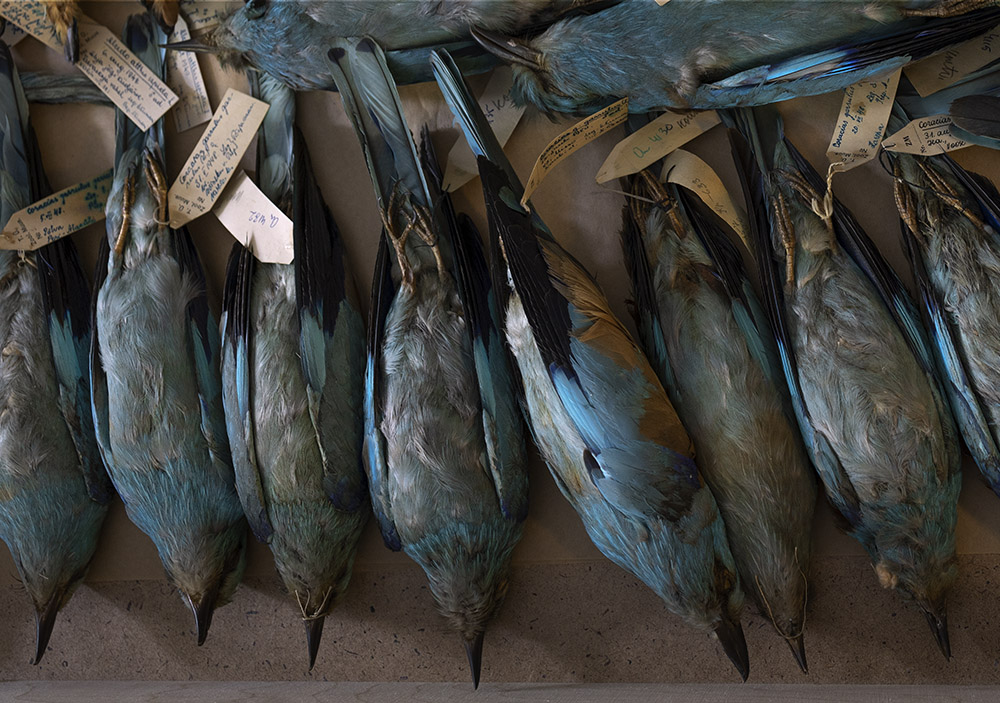 Impressionism and early photography bring to mind many figures: social scenes, ethnographic documentations and portraits. Although these have been present in Kongi and Mölder’s earlier works, there are no (human) figures in this exhibition. Like all of us, the artists too are irreversibly networked, and the fact that people are missing from the surface of a picture does not mean that they are not present behind the scenes.

Kristi Kongi’s works, exhibited in the first two halls, are based on her diary entries. In her diary Kongi documents important impressions from travel and everyday life, views and encounters. Inevitably influenced by the historical significance of pigments, each colour in her palette has its own intuitive meaning. Each of them is associated with a different feeling. And so the colours that appear in her paintings are dependent on the depicted recollection: the view, the colour of the sky, air temperature and time of the day, but also a companion and her own mood at the time.

Krista Mölder is driven by her unwavering intuition. She often doesn’t even know what she is looking for until she finds it. Intuitive coincidence exudes more from her earlier work, where we can see anonymous people secretly captured by a street photographer. Randomness has now been replaced by determination. As a result of the lucky encounters, the doors are opening in front of her one by one, until one of them leads to something that solves the riddle of the upcoming exhibition: someone’s private butterfly collection, model aircrafts from childhood, the empty space above the ceiling of the Art Hall or something completely different.