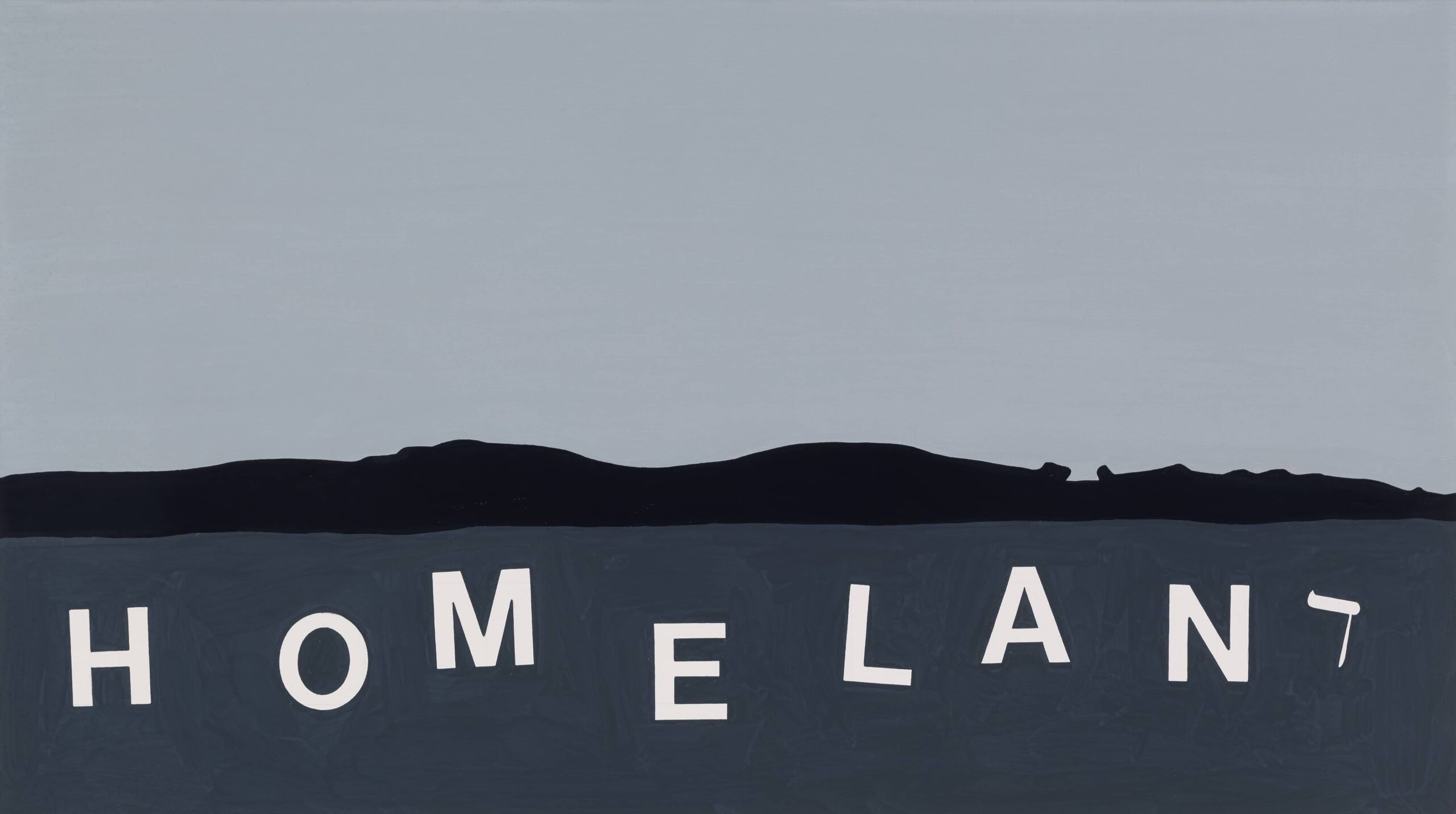 Located on the trans-Siberian railway in the Far East, Birobidzhan, the Jewish Autonomous Region within the Russian Federation was established in 1934 under the Soviet nationalities policy, which encouraged specific ethnic groups to create autonomous regions and develop language and culture that were “national in form and Socialist in content”.

The black-and-white oil painting Homelanד is based on stills of landscapes from the 1936 black-and-white Soviet propaganda film Seekers of Happiness, which narrates the story of a Jewish family from abroad who settle in Birobidzhan. The landscape in the painting is shown empty and abstract and juxtaposed with the equally abstract term “homeland”.