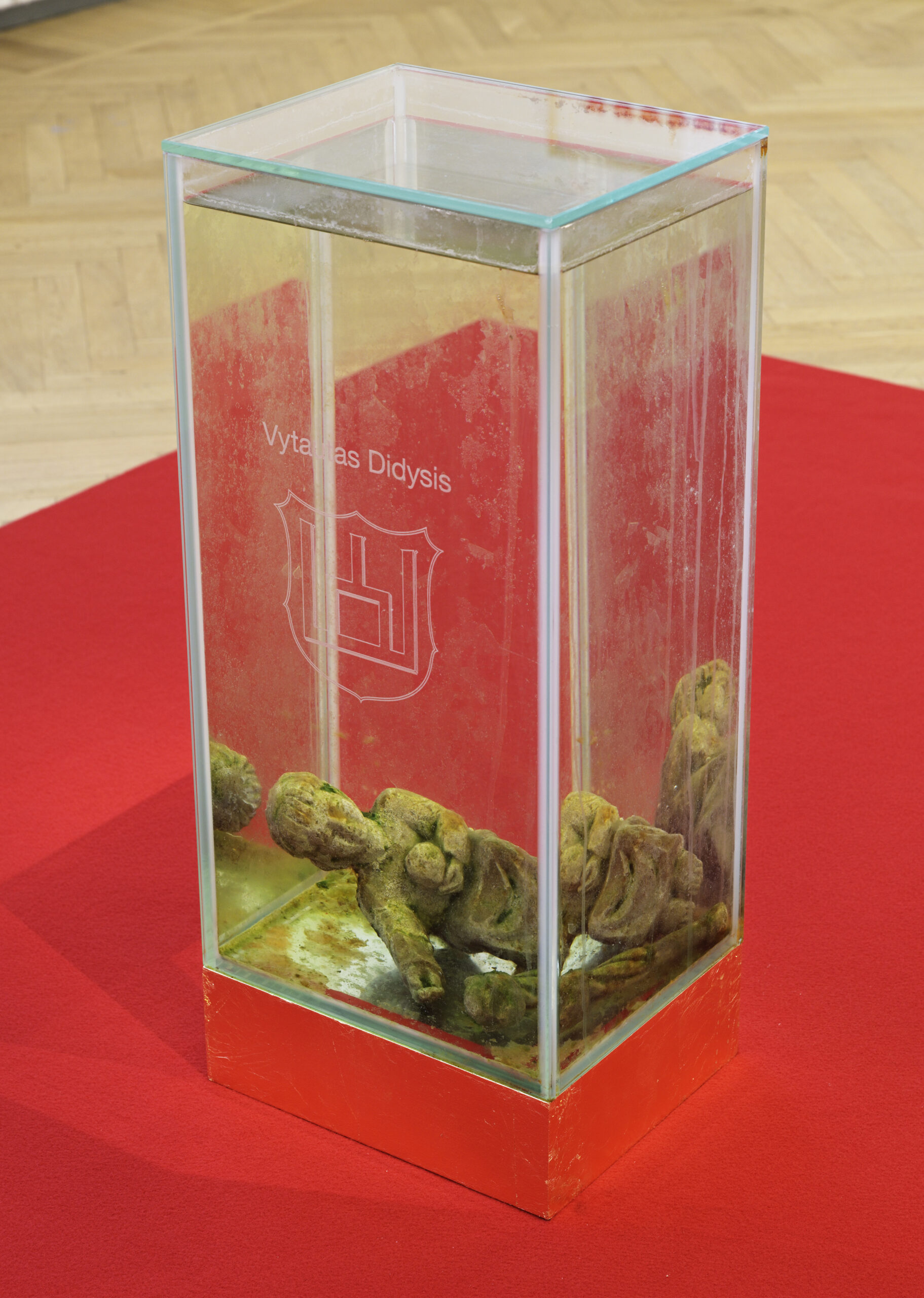 Playing with the image of Witold the Great, Grand Duke of Lithuania (1350–1430), whom they have immersed in a fish tank filled with water from the Black Sea, Dénes and Neeme started from a) the fact that the borders of the Grand Duchy of Lithuania reached the Black Sea during Witold, and b) a folk legend of Witold watering his horse in the Black Sea. In 2011, Dénes and Neeme displayed this installation at the Contemporary Art Centre Vilnius (at the If It’s Half Broken, Half Fix It exhibition curated by Margit Säde), where Lithuanians had no idea what the Estonians were trying to tell them.

At the exhibition at Tallinn Art Hall, we will make another try with the artists and exhibit a fish tank with the child figure of Witold in the same exhibition hall with a sacred sculpture borrowed from the Art Museum of Estonia. There is no proven record about the latter sculpture. Staying true to the play of imagination and making things up, we will thus assume that it is the sorrowing Virgin Mary mourning her dead son. Therefore, we do not swear the truth here, but rather praise the play itself!