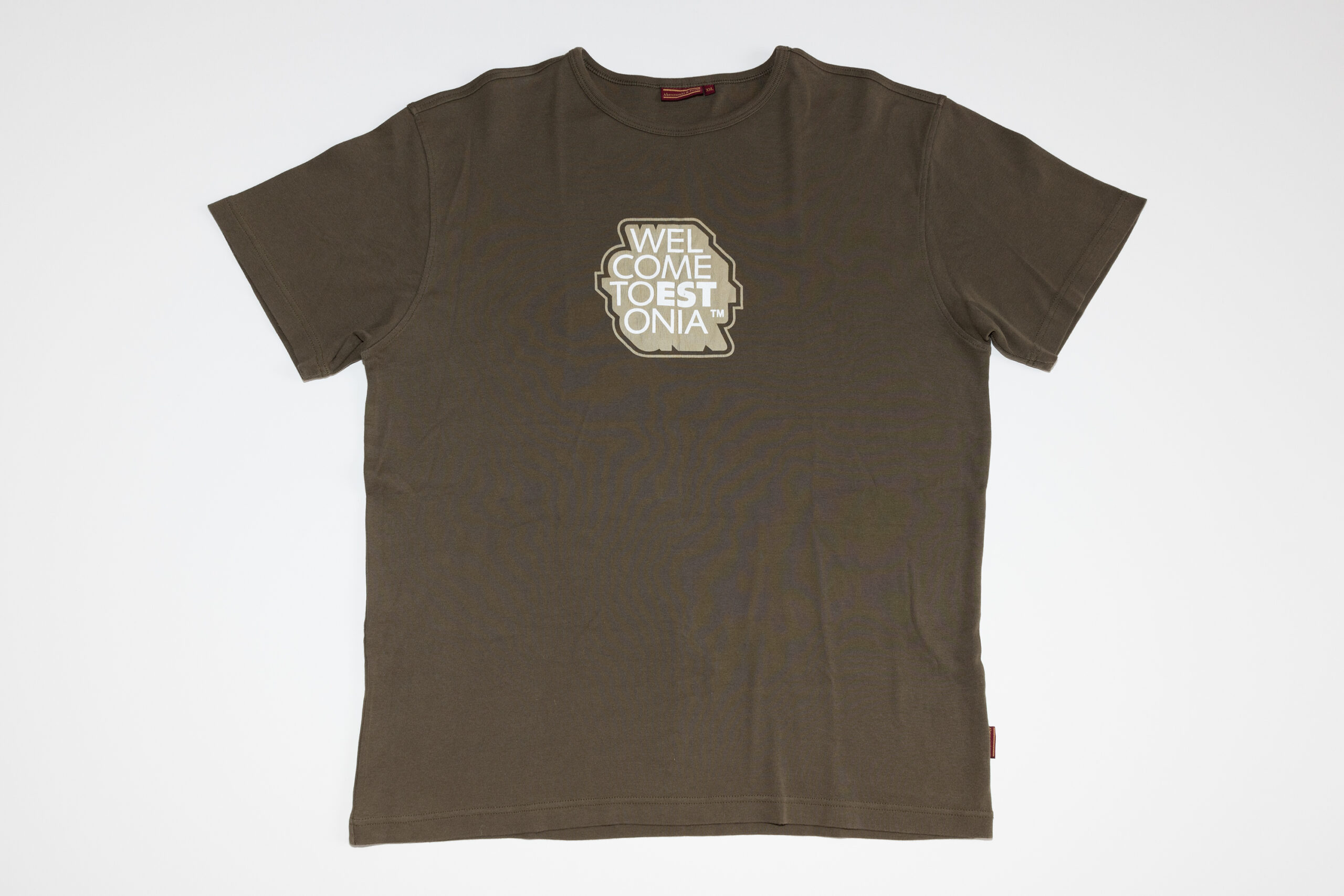 “Welcome to Estonia” is a sign and slogan created in 2002 for marketing Estonia internationally. The visual identity, which cost more than 13 million Estonian kroons to design, initially received quite a lot of criticism from the local population. Only a few companies officially adopted the badge, but for a short while the logo lived a life of its own on various T-shirts, including all sorts of parodies, where the official phrase was replaced by another, such as “Welcome to KOOL” (Estonian for “Welcome to SCHOOL”) or “Täitsaperses” (Estonian for “Totally Screwed”). The life of the slogan officially ended in 2015 when Enterprise Estonia announced a competition to find a new visual identity for the country.

One shirt with the “Welcome to Estonia” logo also belongs to the collection of the Estonian National Museum. Despite the hesitations and criticisms at the time, the shirt has an important place in local cultural history.