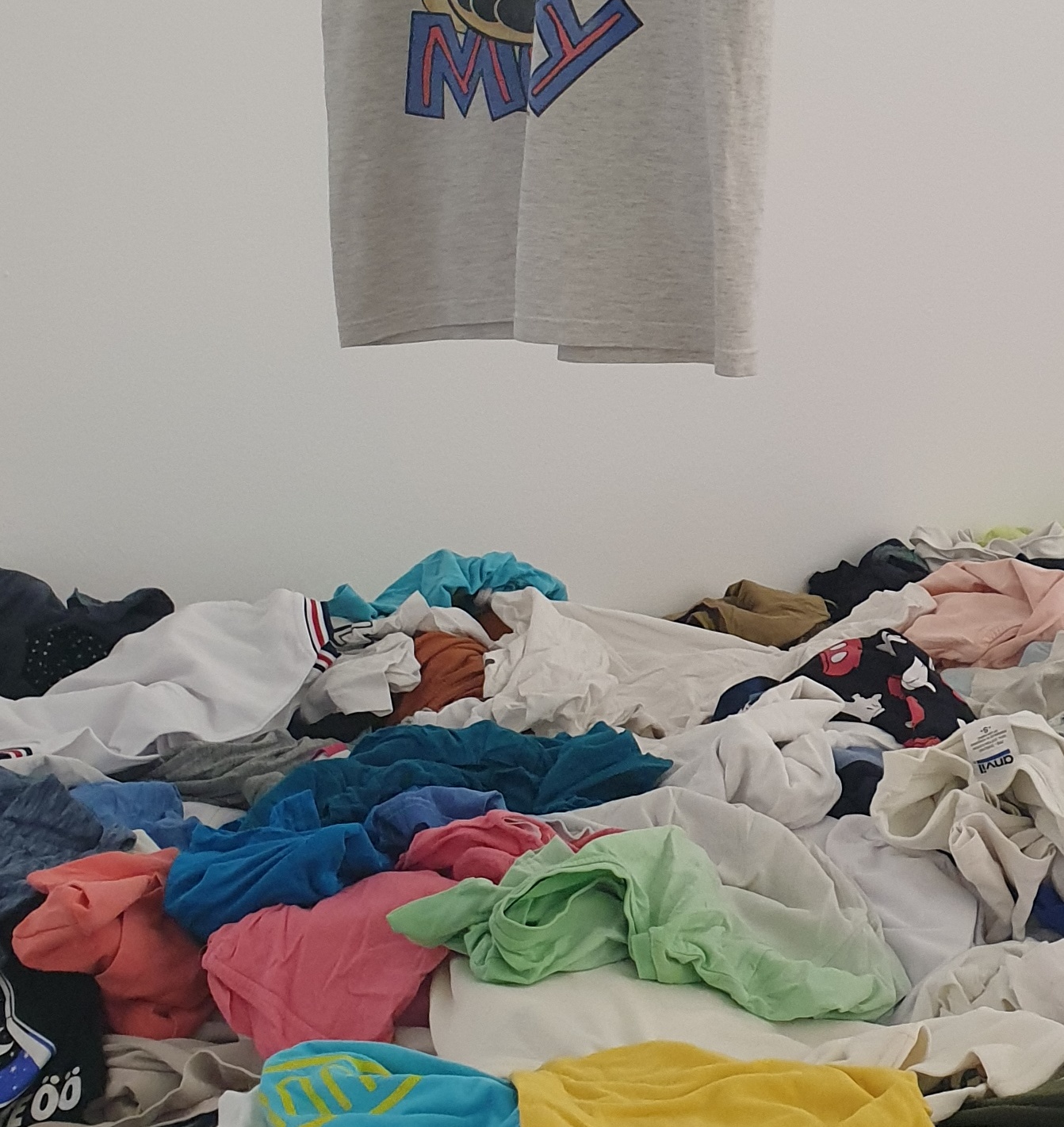 In 1977, at the request of the New York City Government, Milton Glaser designed the cult shirts with the slogan “I <3 NY” to help boost tourism and improve the city’s formerly criminal reputation. The shirts became an international symbol of hope and a signifier of the Western world. T-shirts are important tools in image-building, advertising and tourism campaigns, and they have been widely used for marketing events or activities since the 1960s.

Almost two centuries earlier, in 1793, Jean-Paul Marat, the fierce advocate of human rights, workers’ rights and the rights of the poor, was assassinated. Nearly 150 years after Marat’s death, in 1905, entrepreneurs Betty and Samuel Besprosvanie established a textile factory in Pärnu, which can be considered the forerunner of the Marat Textile Factory still active in Estonia today. The couple’s business grew significantly over the years, until the factory was nationalised as a large-scale industry in 1940 and renamed Marat Hosiery Industry at the request of the employees. In the 1970s, Marat was one of the leading knitwear factories in the Soviet Union with its 3,500 employees, mainly producing underpants, sweaters and sportswear which were worn from Cuba to Finland.

The exhibition features an orange stretchy T-shirt, made by fashion designer Saima Priks in 1982, which features cave drawings. Her other shirts, which were designed in the 1980s in honour of the Olympic regatta, became extremely popular, enriching the street scene in Soviet Estonia. For designing these T-shirts, Priks was awarded an honorary diploma by the Presidium of the Council of Ministers of the ESSR.