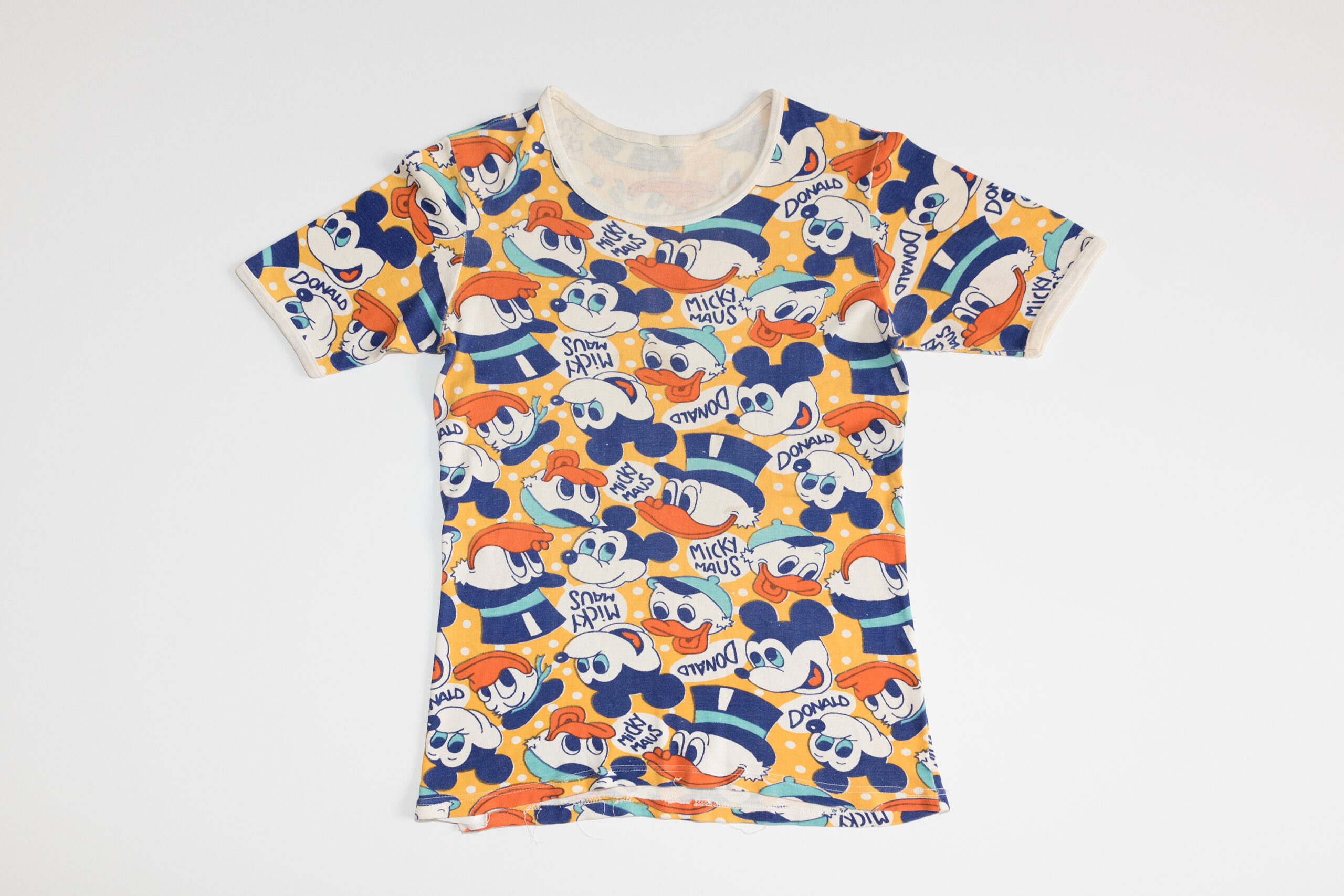 Several generations of children around the world have now grown up with Mickey Mouse and Donald Duck. Disney characters are considered an inherent part of the Western childhood, together with Coca-Cola, Lay’s potato chips and video games. In the imagination of those who could only dream of the West, these characters took on fantastic dimensions in their own right. The only collection of Disney comics published in Estonian during the Soviet era, Piilupart, Miki ja teised (Donald Duck, Mickey and Others, 1972), was literally read to bits by the Estonian children.

The oldest Disney shirt on display dates from around the end of the 1960s. There is no information about the manufacturer, but the text on the shirt is in German. The two more recent shirts were made only a few years apart. In the late 1980s, someone resourceful printed a cover image of a 1972 comic book on a white Marat shirt, hoping to make a profit by selling this pirated shirt. The Mickey Mouse shirt from the early 1990s arrived in Estonia with the Swedish used clothes and was highly valued for its “real” image. It is curious to think that only until recently many Estonians depended on used clothes received free from abroad; today we are sending old garments to Africa.