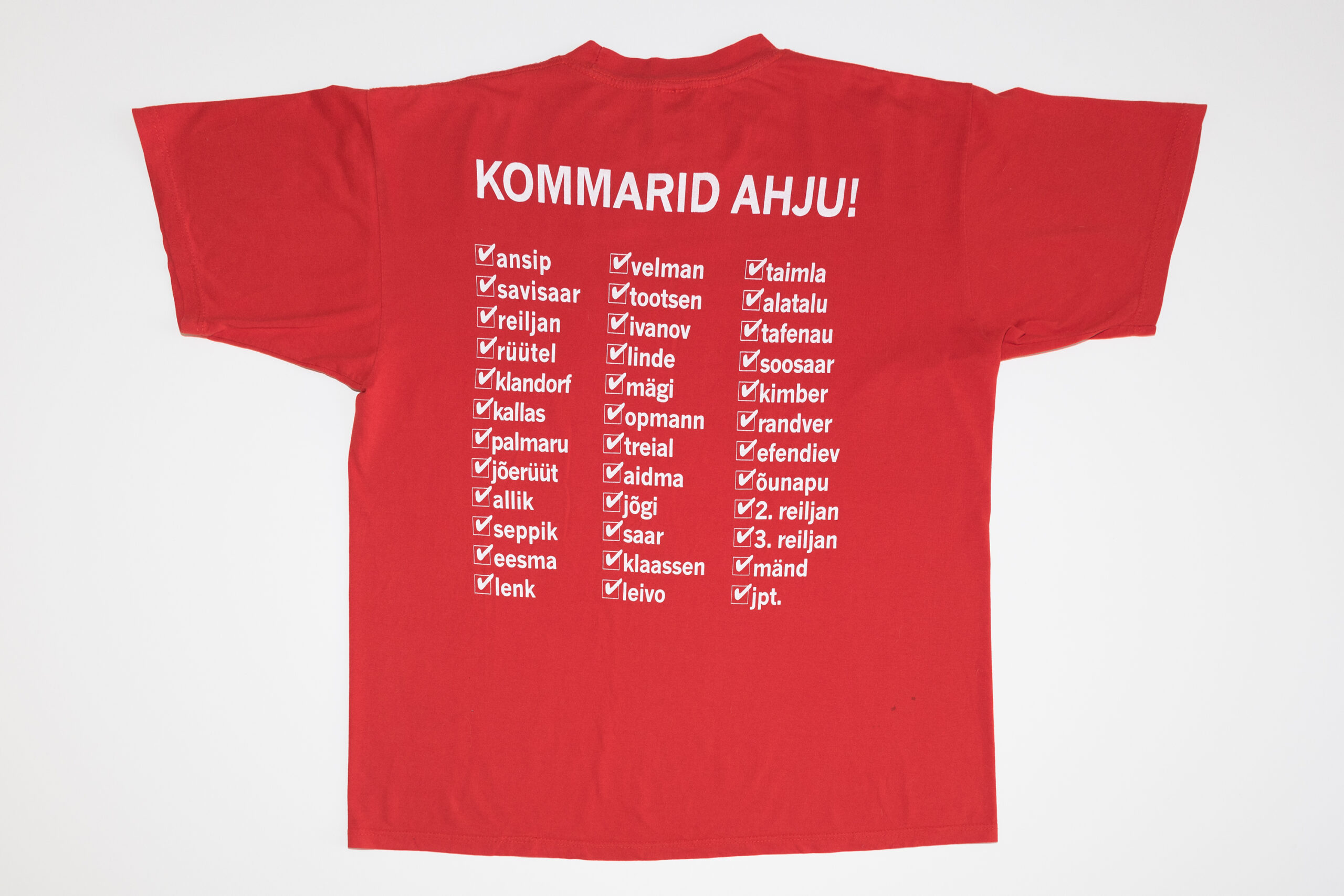 Industrial production and standardisation have radically changed the way people dress and the opportunities they have to express themselves. Printing technology has made it possible to transfer a message, an image or a slogan on a T-shirt in an instant, making it one of the most visible and reactive tools for political struggle. So many people have now the opportunity and desire to put their message on a shirt. Because of their ubiquity it therefore rarely happens that such shirts receive heightened attention in the public and legal sphere.

The shirt with anti-communist message “Kommarid ahju!” (Estonian for “Communists to the Ovens!”), designed by the creators of the newspaper KesKus in 2005, is probably the most memorable in recent history. The T-shirt worn at a football match triggered a scandal that no garment had ever managed before in newly independent Estonia: Jaak Jõerüüt, the then Minister of Defence resigned for wearing the shirt designed to protest against the political situation; it’s possible incitement to political hatred was investigated in a lawsuit by semioticians at the University of Tartu; the then President Arnold Rüütel and Prime Minister Andrus Ansip met to discuss the matter; one shirt was sent to Vladimir Putin, President of Russia as a political comment; and the author of the idea, Juku-Kalle Raid, was thrown out from the election party of the Estonian Centre Party in 2009 for wearing the shirt. None of these shirts are currently included in any museum collection.