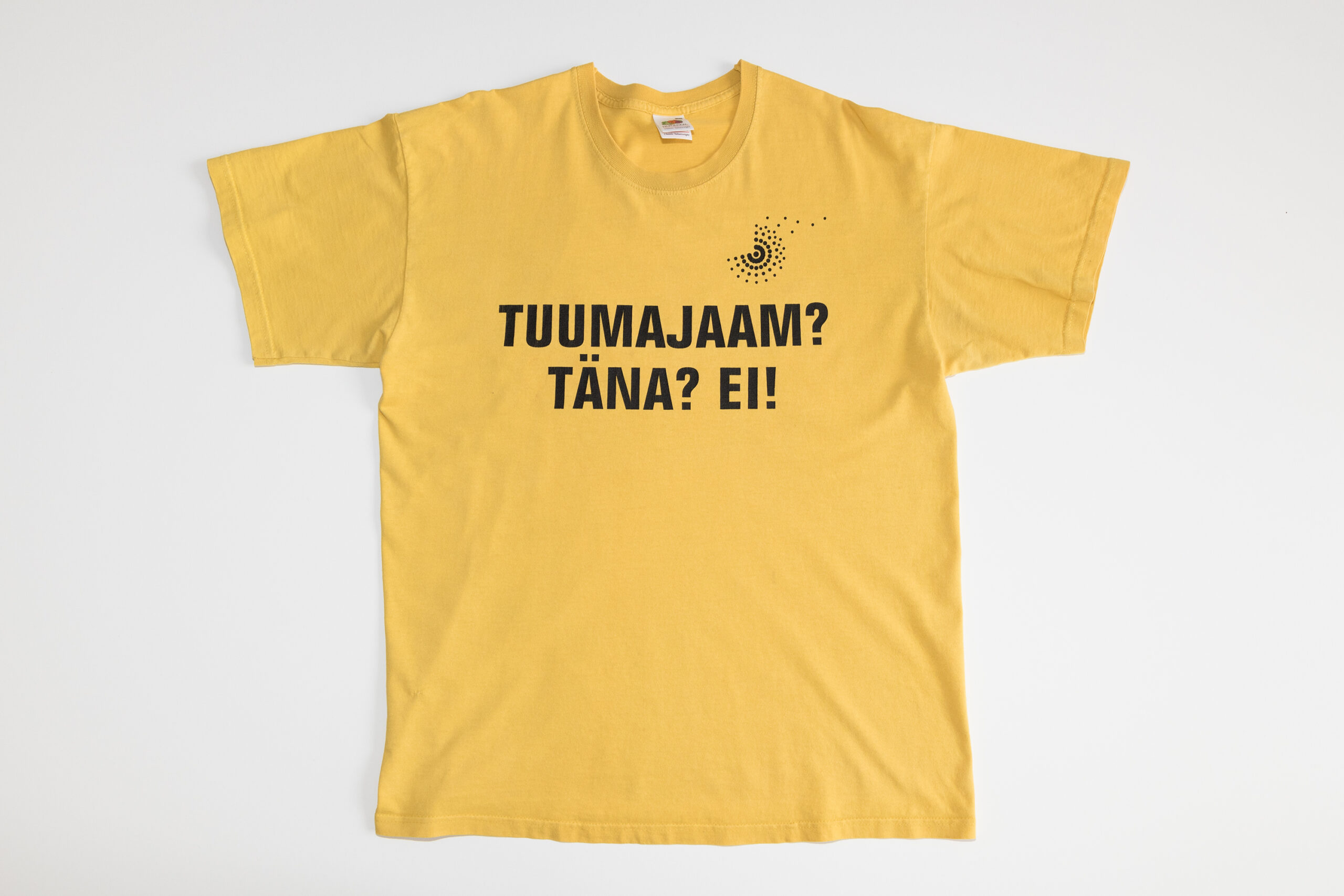 Although not a purebred T-shirt, the yellow shirts made by students for the 1987 Phosphorite War are one of the best examples of self-made political clothing in Soviet times. The shirt exhibited here comes from the collection of the Lääne County Museum. Its design is probably inspired by the yellow shirts made by Tartu students with the slogan “Fosforiit? Tänan ei!” (Estonian for “Phosphorite? No, thank you!”), worn at demonstrations and events in 1987. Due to the protests, plans to build mines were frozen.

The other shirt related to environmentalism was completed in 2007 in connection with the Estonian Green Party’s campaign against the construction of a nuclear power plant. Its yellow colour and the slogan “Tuumajaam? Täna? Ei!” (Estonian for “Nuclear power plant? Today? No!”) drew a clear parallel with the Phosphorite War. So far, no nuclear power plant has been built in Estonia, but the trend towards abandoning oil shale has put this issue on the agenda again. It is true that renewable natural resources are not sufficient to cover Estonia’s energy needs, but so far only older generation nuclear power plants have been planned in Estonia. Their functioning involves a large amount of radioactive waste to be stored safely for tens of thousands of years.