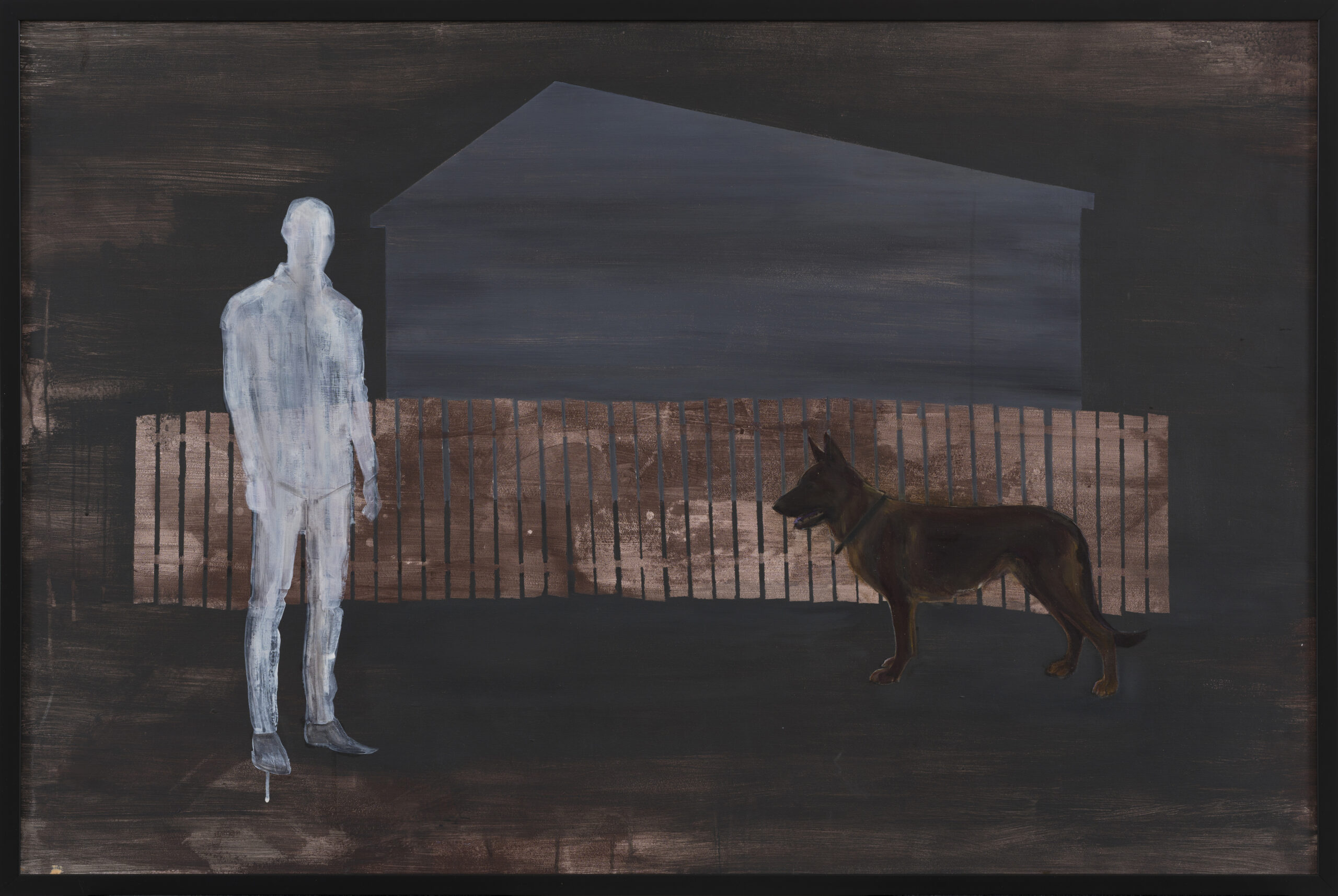 The only physical characters in this painting are the dog and the fence. The dog has a beautiful coat, an alert appearance and a name. People, however, are usually depicted in Jenny’s paintings as faceless and anonymous, whereas their houses are robust and simple cuboids, characteristically of the rustic pragmatism of the North that avoids embellishment.

Jenny starts from painting a background on the base material of her pictures, where the colour movement is usually traceable and transparent. She is not afraid of the dullness of brown, or black as a non-colour. She then puts these “background paintings” on hold and takes them out again when she has found stories that match them. Commenting on the white human-shaped halo standing opposite the dog, Jenny says: “A ghost.”