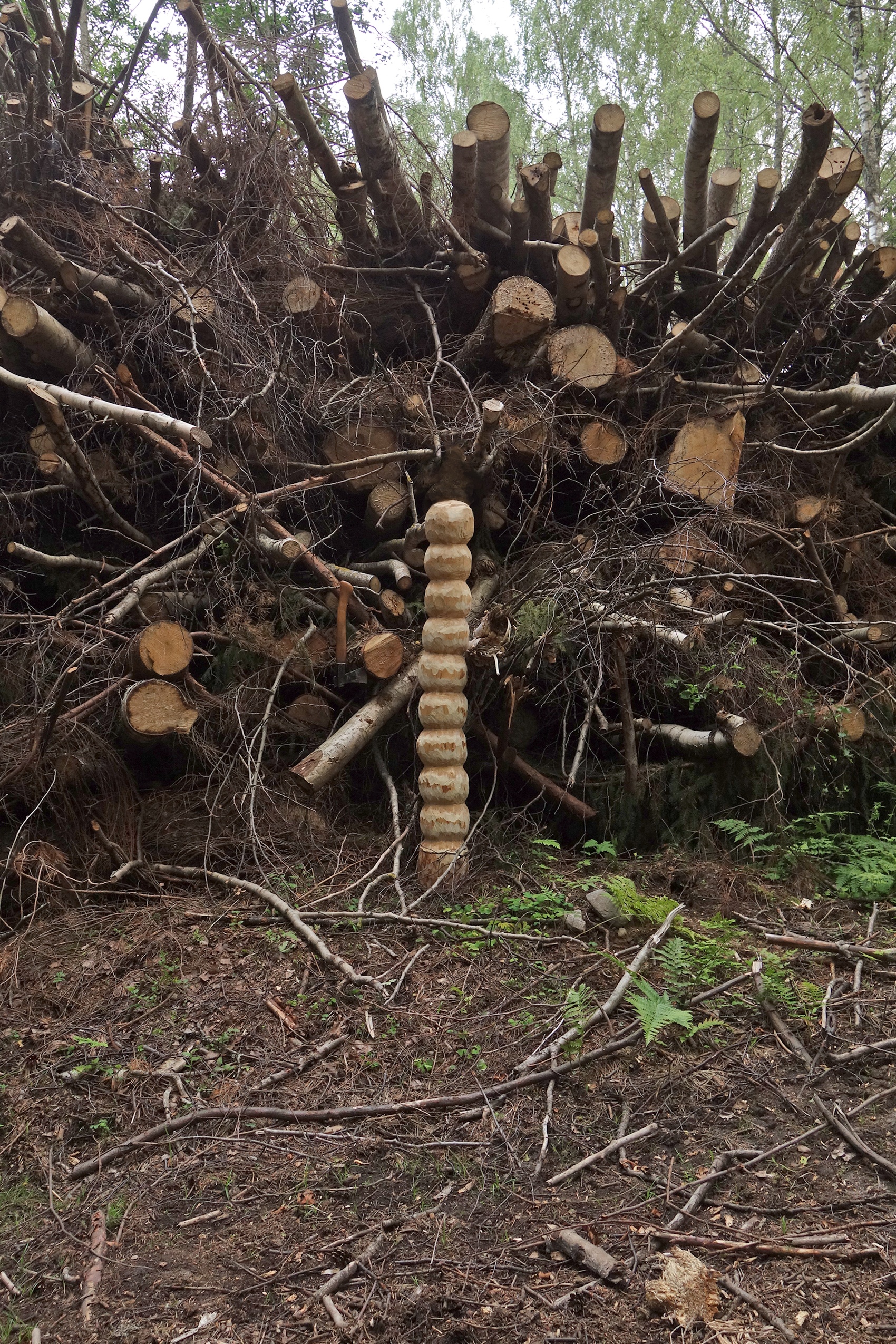 Besides aesthetics, trees in the city play an important role as air purifiers and temperature regulators. They are also little islands of biodiversity, offering a habitat for countless other species. It often happens that new buildings or streets get in the way of old trees. In the last few years, the cutting of city trees has caused numerous protests in Estonia. This year, despite the vocal objections, extensive tree cutting has taken place in Haapsalu and Viljandi. There are a number of excuses: the trees are said to be sick or the cost of the planned works is estimated to rise too high if the trees would be preserved. Besides, new trees will be planted in their stead! But it will take a number of decades before the new trees grow up to fill the role of the former ones.

For some time, Jan Lütjohann has been working in just these places where Helsinki city administration or private businesses have cut trees. Once there was a park being redesigned. Another time a tree had fallen on the street. Then space was made for urban gardens. Finally, a tree grew too close to an old wooden building and was destroying it. In all these cases Lütjohann has gained permission to use some of the wood before it would have been disposed. With a light set of hand tools, and in conversation with the people who live and work at these sites, he has carved the wood into objects of repeating round shapes that here have been placed in groups around the exhibition space. During the month of October Lütjohann will live and work in Tallinn and quite probably will find some material here as well that he can give more life to.