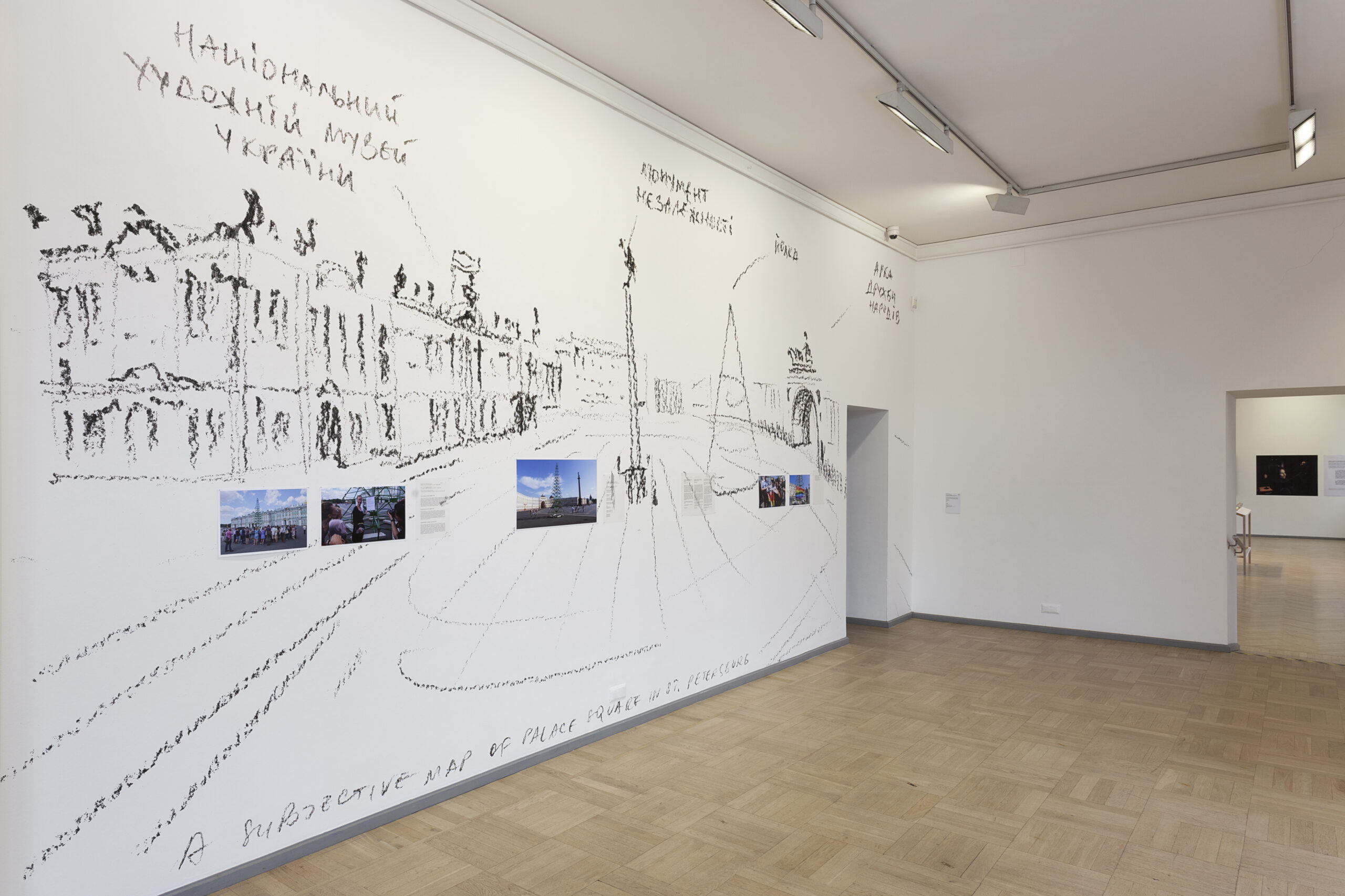 Documentation of the sculptural intervention “Souvenir”

As part of her academic research on memory and human rights in contemporary art, artist Kristina Norman has created projects involving site-specific video installations and public interventions, focusing mainly on the use of narrative memories of the protagonists.

Iron Arch was commissioned for Manifesta 10, the biennial of contemporary art that in 2014 took place in Saint Petersburg, Russia. The project was built around a psychological mapping of the topographies of Maidan square of Kyiv and the Palace square of St. Petersburg. The artist installed a metal sculpture entitled Souvenir in the form of a Christmas tree, reminiscent of the one that became a symbol of Euromaidan demonstrations, in front of the Winter Palace in St. Petersburg. The tree, which is usually associated with family gatherings, friendship and love, is a symbol that calls for a ceasefire and peaceful negotiations, rather than construction of one-sided truths. In the video Iron Arch, artist and Euromaidan protester Alevtyna Kakhidze gives a guided tour around an imaginary Maidan on the Palace Square in front of the Hermitage.

This project is shown for the first time in Estonia, in the form of the video work, a map, and a series of photographs all realized by the artist in St. Petersburg. As the current political situation of the escalating conflict and aggression between Russia, Ukraine, and the rest of the world continues to escalate, the artist’s project continues to bear acute relevance.

Interventions on the Palace Square