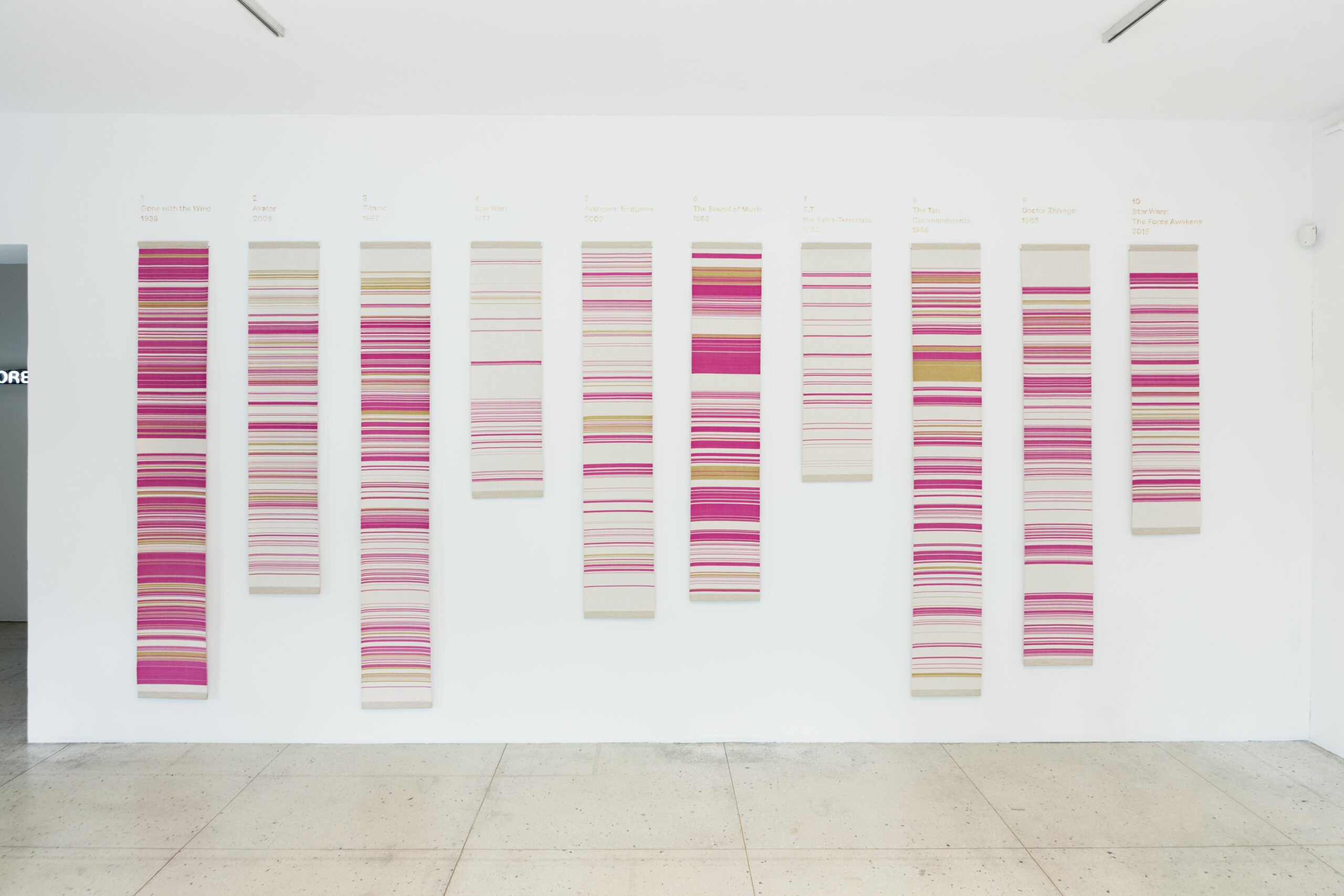 Inspired by the experience of seeing fewer and fewer women of her age to identify with in films as she gets older, Maria Kapajeva decided to visualise the roles of women in the most successful films in history. Based on a list of the highest grossing films of all time on Wikipedia, she translated each of them into a separate textile, where one centimetre of fabric equals one minute in a film. Pink indicates a female character below 40, while golden symbolises a female character over 40.

Based on such a consciously simplified system, the artwork gives an overview of the screen time of female characters. Yet, without seeing the film, it is impossible to know which roles the women have played in these. Judging by the abundance of pink, one might think that Gone With The Wind (1939) is more progressive than Star Wars: The Force Awakens (2015). However, the first film has subsequently been criticised for justifying rape and racism, while the second features a young independent woman in the starring role. The screen time of women in golden middle-age years has remained equally short over the years.