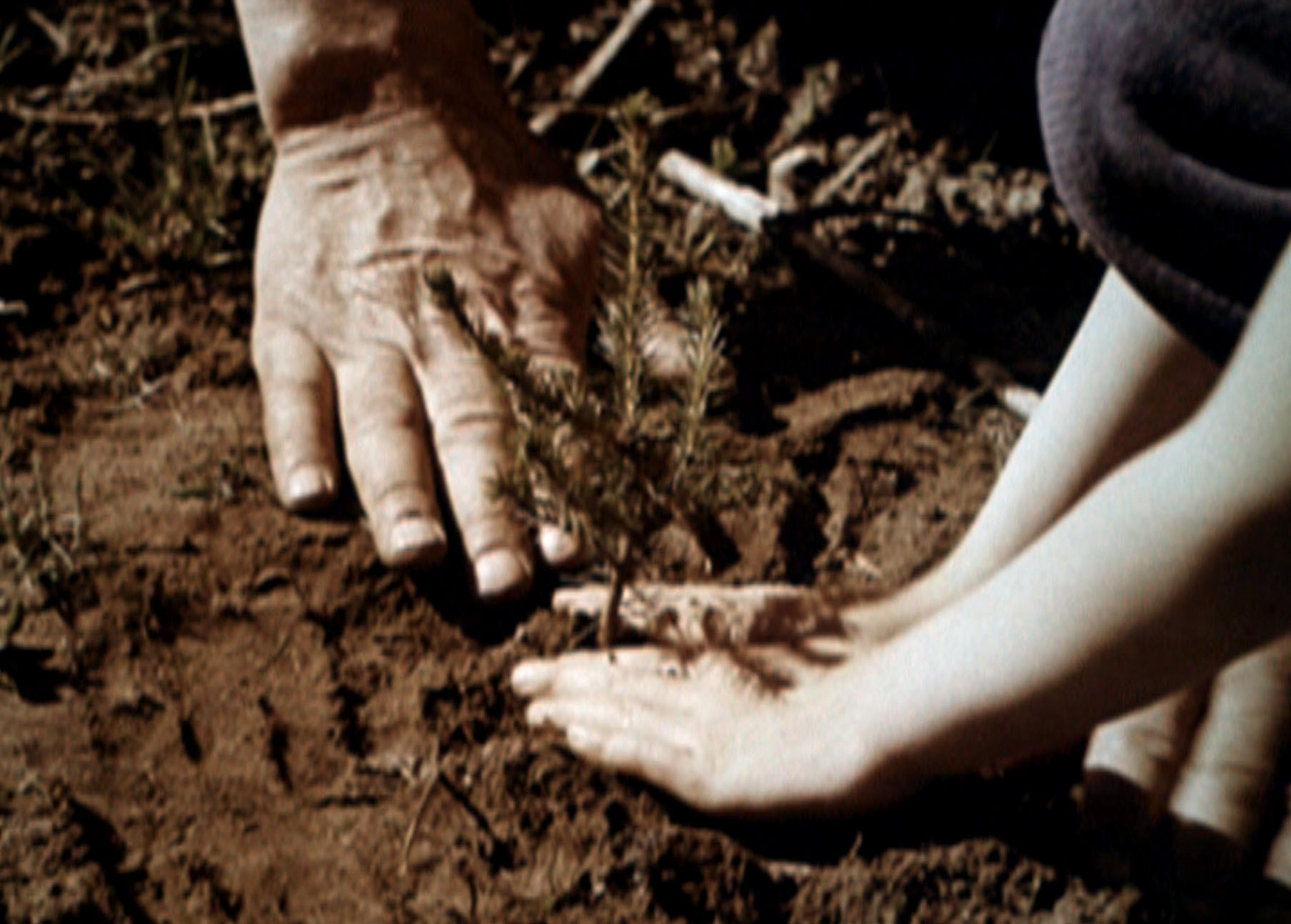 The documentary Forest and Man observes a ranger doing his work. Answering Fred Jüssi’s questions, he talks about man’s responsibility to the environment. Together with illustrations by Olimar Kallas, the film gives the exhibition a historical dimension. Among other things, it shows felling and the digging of drainage ditches before the outbreak of the Bog War, but also the harvesting of pine resin and wood carving. Made as early as 1966, the documentary already reflects the opposition of the so-called old foresters and the modern mechanised forest work.

The burning theme of the film is greatly softened by the conciliatory ending. We we can still hear idea of the forest as a field of trees, with its life cycle primarily determined by humans. Thus, the ideal at the time was man as a benevolent ruler of the realm of nature. Today we dream of a forest without people.