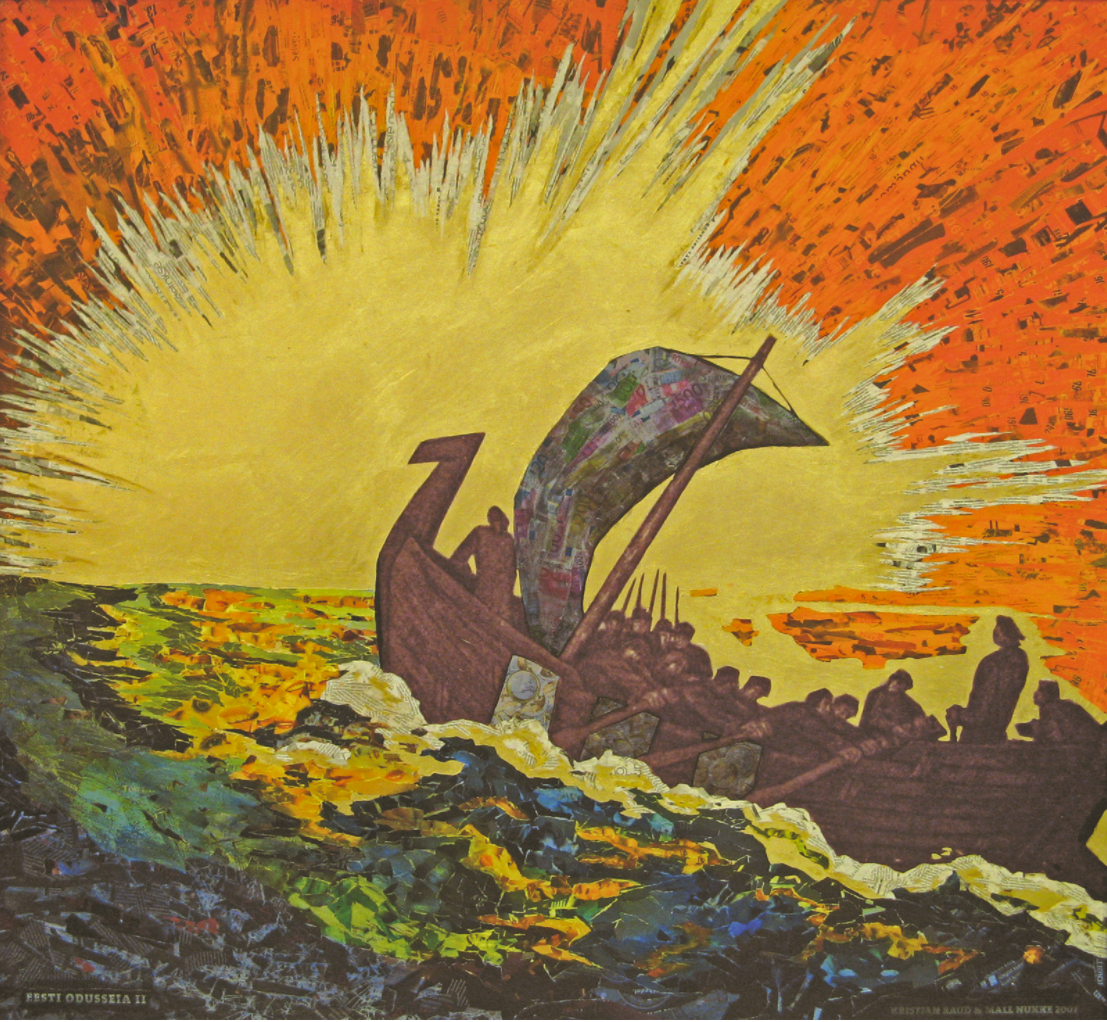 Mighty son of the Kalev heroes (…)

Cleared a roadway through the forest, (…)

Pushed down branches of the oak trees,

Tramped the bird cherry branches down, (…)

Where he trod, a road there followed,

Where he passed, a plain was opened.

Two works by Mall Nukke are entitled Estonian Odyssey, quoting Kristjan Raud’s famous illustrations of Kalevipoeg. The first one depicts Kalevipoeg bringing wooden boards from the hinterland of Lake Peipsi. Another work, displayed in this exhibition, depicts his ship, Lennuk, sailing to the End of the World. Nukke has enlarged and coloured Raud’s images and covered these with a collage of clippings made of junk mail. In the sea waves we can see hints of eyes and smiling mouths (are these mermaids?); the ship is decorated with euro coins (a ship made of euros?); and catching the wind is the sail made of banknotes (a strong wind of economic growth?).

Nukke mocks the superficial materialism of Estonians and in a way also questions the values expressed in the national epic. Kalevipoeg ploughs through entire Estonia, slays people and wild animals. Indeed, every text mostly speaks of its own time. But what kind of epic with what kind heroes would we need right now?