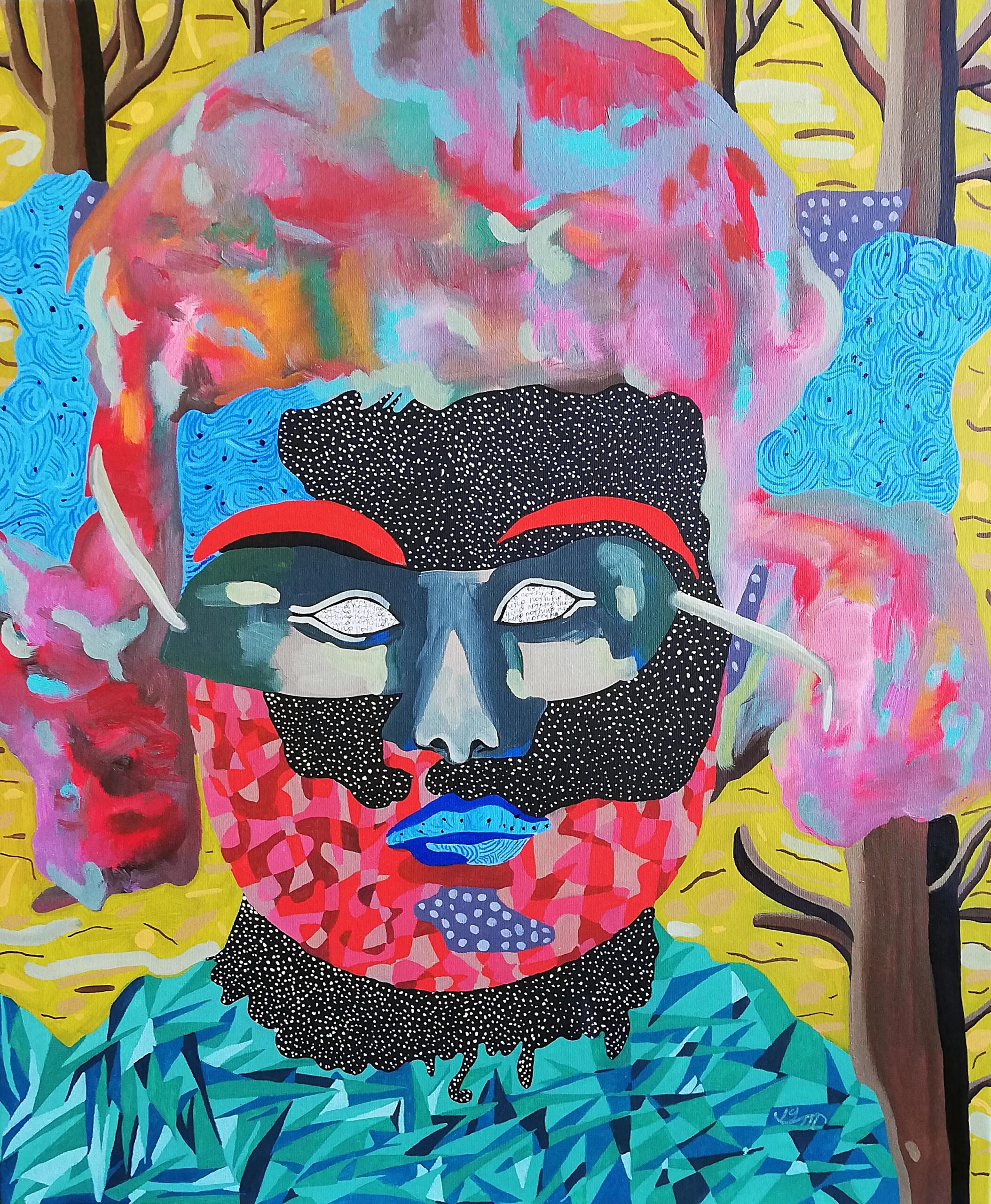 Maria Sidljarevitš has had a colourful, indulgent and adaptable, yet dynamic life. The young woman graduated from a higher technical school at the request of her parents and then lived as a squatter in London for half a year. After returning to Estonia, she started looking for an outlet for her creativity. Right here in Lasnamäe, together with her friends Maria put together the band called Nonames, where she wrote lyrics, sang and also helped write music. She received her master’s degree in painting from the Estonian Academy of Arts in 2014.

Just like in the case of Anna Škodenko and Johanna Ulfsak, a large part of Maria’s paintings and watercolours were created specially for this exhibition. Her starting point was her years-long interest in memory and remembering. Her motive and drive for creating her works featuring peculiar figures has often been to get rid of memories by reviving them. As time goes on, the more skilfully she manipulates what she once stored in her memory, adding and cutting, emphasising and dispersing this information. What results is fragmented mosaics in painting and wildly branching fables in drawing.

It is often only the title of the work that carries the narrative and leads back to the former reality. The work itself tries to break this initial impulse and move itself into another scale that is in control of the initial emotional exchange. Dolls without eyes; the word “Nothing” written in the blank eyes of the strange big-headed creature; a large cunning rabbit who, despite its plush toy appearance, demands little Masha to do the duckling dance; a child’s broken legs in little red shoes against the brutal skinhead depicted from the back … It is strange how memories are floating back in a seemingly happy and balanced caption of life much later. And it’s also strange how vast an area our will of self-expression can spread over.