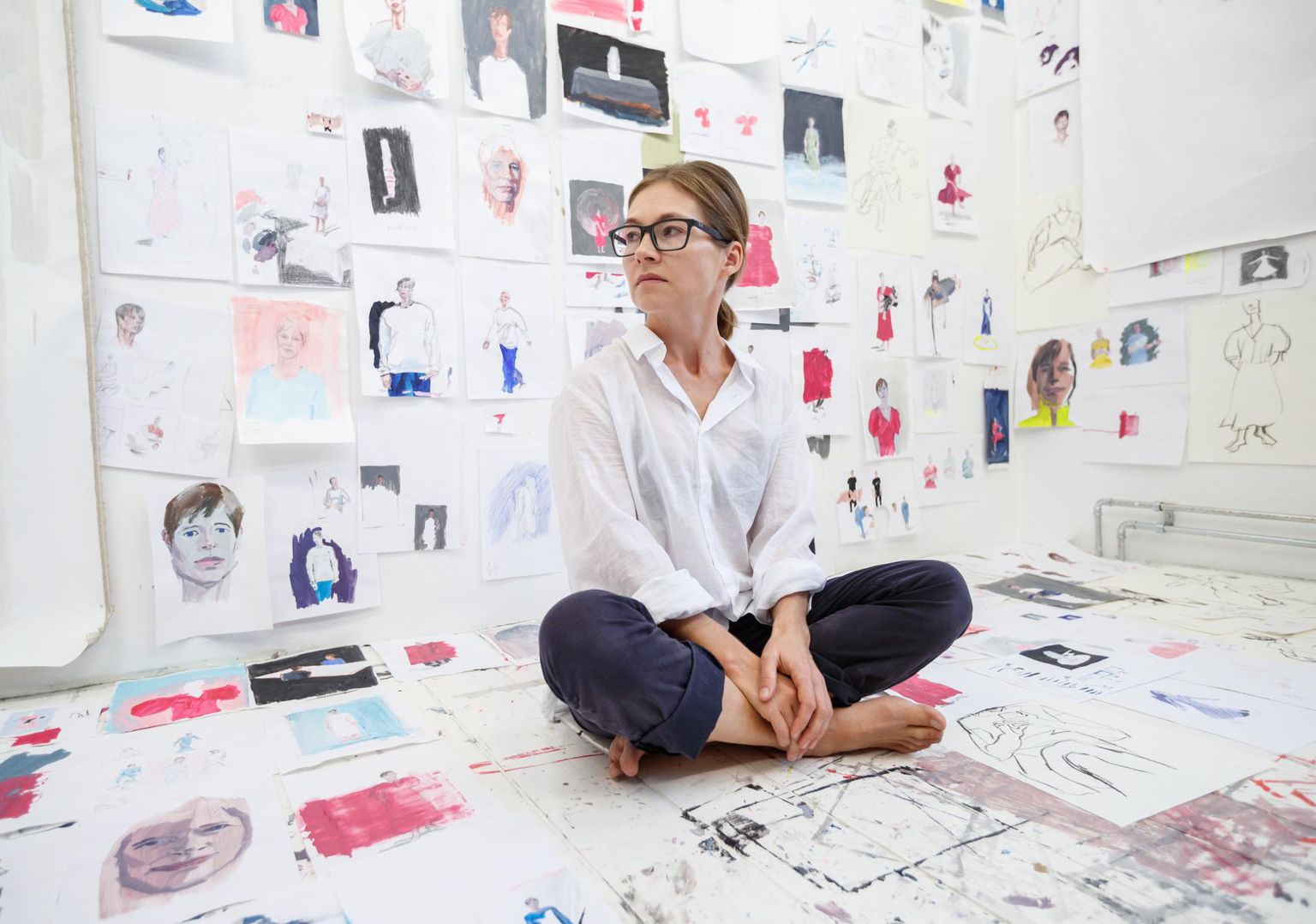 While staying true to the traditional art of painting and drawing, Alice Kask has considerably enriched both of them. Her skill and talent in mastering realistic, sometimes extremely accurate portraits is amazing in its lack of claims to personality and focus on the expressiveness of the depicted body. The latter is as precise as the scalpel of an excellent surgeon. The maximum concentration of the modest colour range to convey what is important in the eyes of the artist often lifts the mundane out of the mundane and sharpens not only our vision but also our ability to sense. It is common for Alice to use herself as her model. However, here the model rather looks like a man, creating a surprising effect that sharpens our senses. It is also common for her expressively depicted human figures to have faceless smeared patches of paint as their heads. The character in this work, falling in slow motion, indeed has a face, albeit a fairly sketch-like one, yet the transformation of his falling body into an increasingly flat and paper-like form makes the presence of his face doubly insignificant. Alice has used the human body as a metaphor for paper or wallpaper more recently too. In the context of this exhibition, the parallel with the speech given from Anu Põder’s lectern adds an additional layer of meaning to her painting, and vice versa.