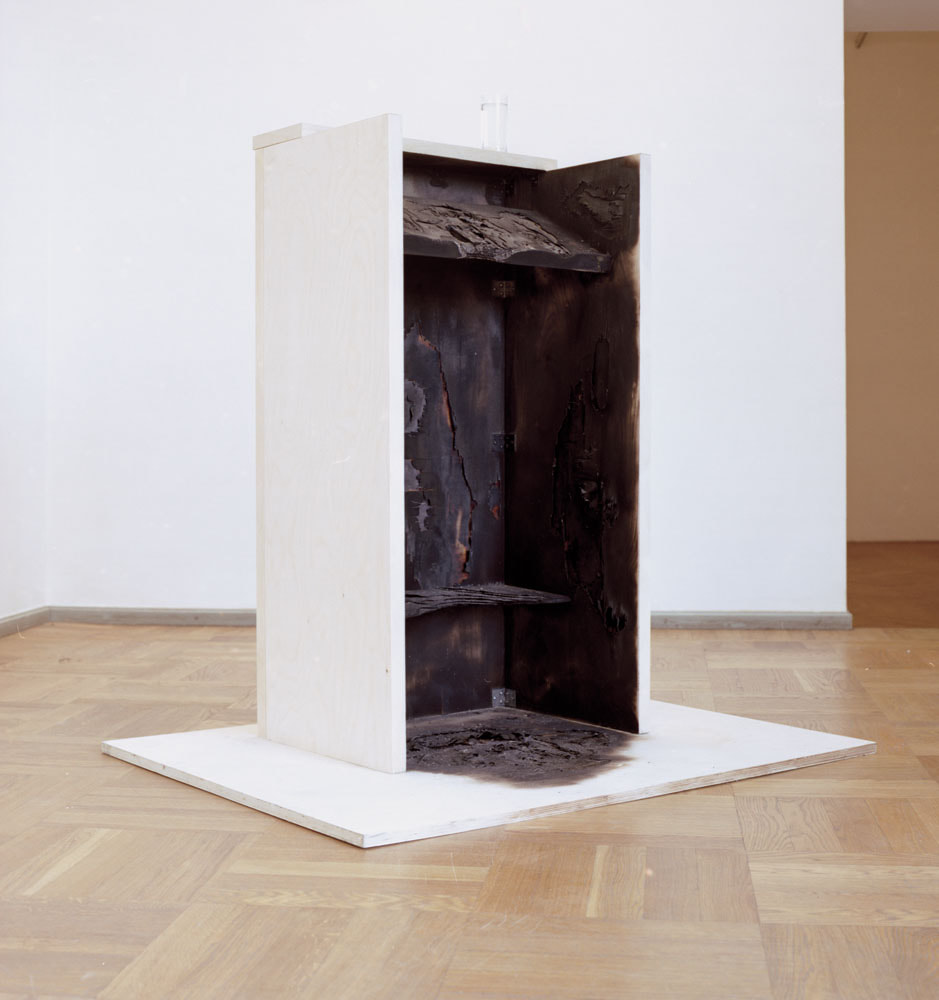 Like a random found object, Anu Põder’s Lectern looks somewhat robust and very mundane. However, among the works displayed at this exhibition, this one has the greatest generalising power. Laconically and unexpectedly, it reveals its message that involves everyone. Anu Põder was sixty years old when she created this piece, having experienced life’s difficulties much longer than the young female artists beside her. Her compromises and sacrifices to life could not count for the recognition she received when she was gone. And what would it have changed anyway? Her daughter Alice’s miniature sketches before starting work on the large state portrait of Estonia’s first female president are placed face to face with Anu’s work, the non-existent speaker who is burned to ashes at the lectern. It seems like a warning about something that luckily never happened in real life to the real President. Neither Anu nor Alice are known for their oratorical talent; they have tried to get by with as few words as possible, because they have known that the world of words can irrevocably record an incomplete or completely opposite message. That’s why Anu’s description of her work is thoroughly considered, precise and modest: “Notionally, Lectern creates two different spaces: there is anticipation and curiosity on the viewer’s side whereas the back side is filled with tension, sweat, passion and self-fulfilment. Technically, it was important to keep the sparks coming from the back from spoiling the front side, because fire is indeed very unpredictable.1