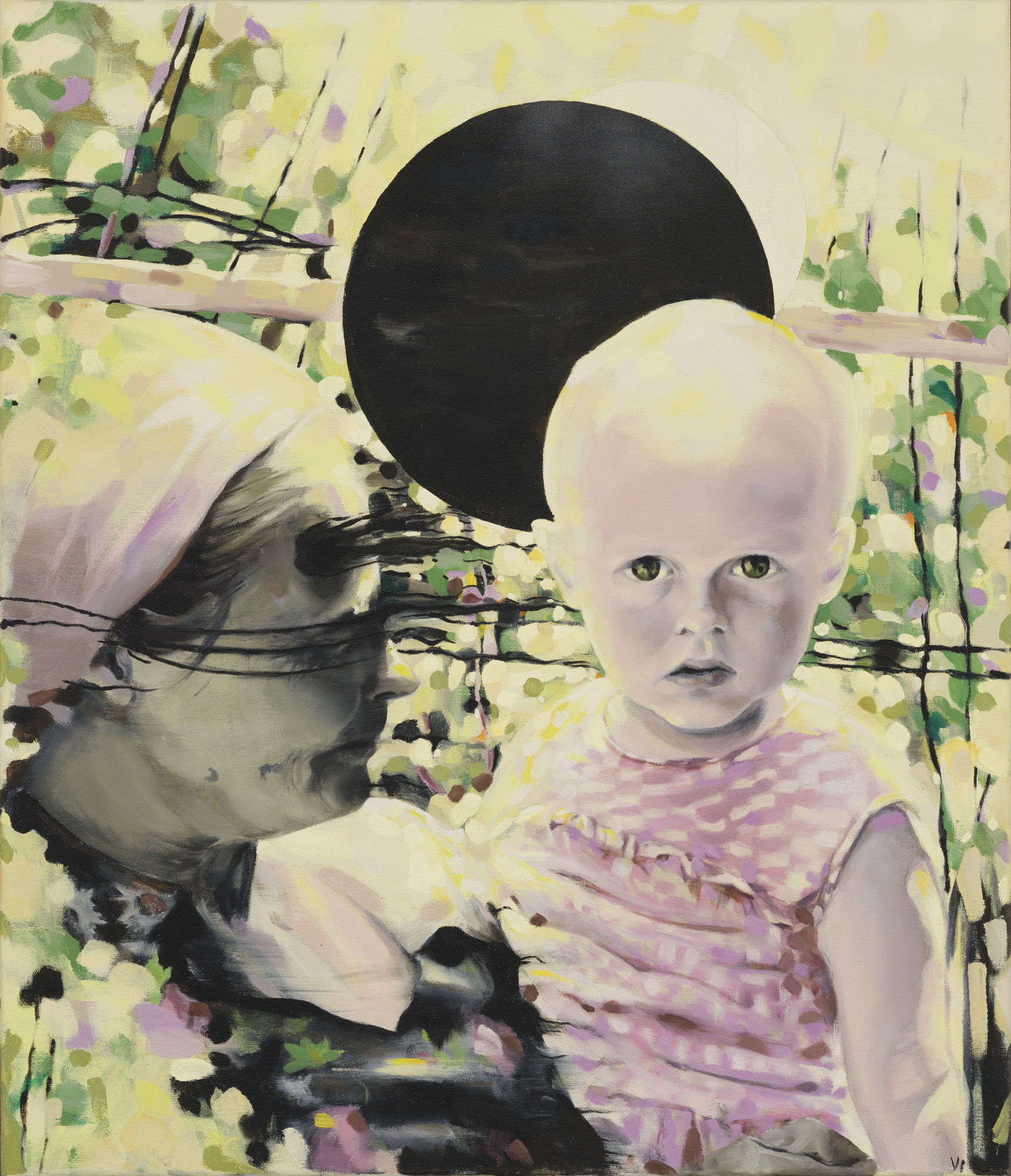 Like Maria Sidljarevitš, Vassa Ponomarjova went to study painting after graduating from the technical college and working for a few years as a graphic designer. Her two paintings from the Unknown Childhood series were completed a year before she defended her bachelor’s degree. Vassa is a young creator in the Estonian art scene. Her personality as an artist has not yet fully revealed itself; she has too few works and too few appearances at exhibitions. Her clearly skilful painting style carries the influences of several of her teachers: Kristi Kongi and Merike Estna’s emphasis on colour as an asset in itself, as well as the bold use photography and drawing characteristic of Tõnis Saadoja. She mainly works in two formats: her smaller works look like preparatory pieces for testing the composition, while the larger ones have the ferocity of self-assertion in them.

“In today’s world filled with photo and video equipment, young adults have a complete audio-visual story to build a bridge from the present to their past. People like me, on the other hand, have to rely on scraps of memory and isolated documentary evidence. /…/ Our image of the past is blurred, broken, pieced together from fragments like a quilt /…/, a symbolic eye (the black sphere in the painting) that tries to look into the past and see itself in its fragments,” Vassa writes in her portfolio. Her themes are taken from the past, whereas her life needs to be lived present. How it will turn out will give an answer the question, “What will become of these lovely girls?”.