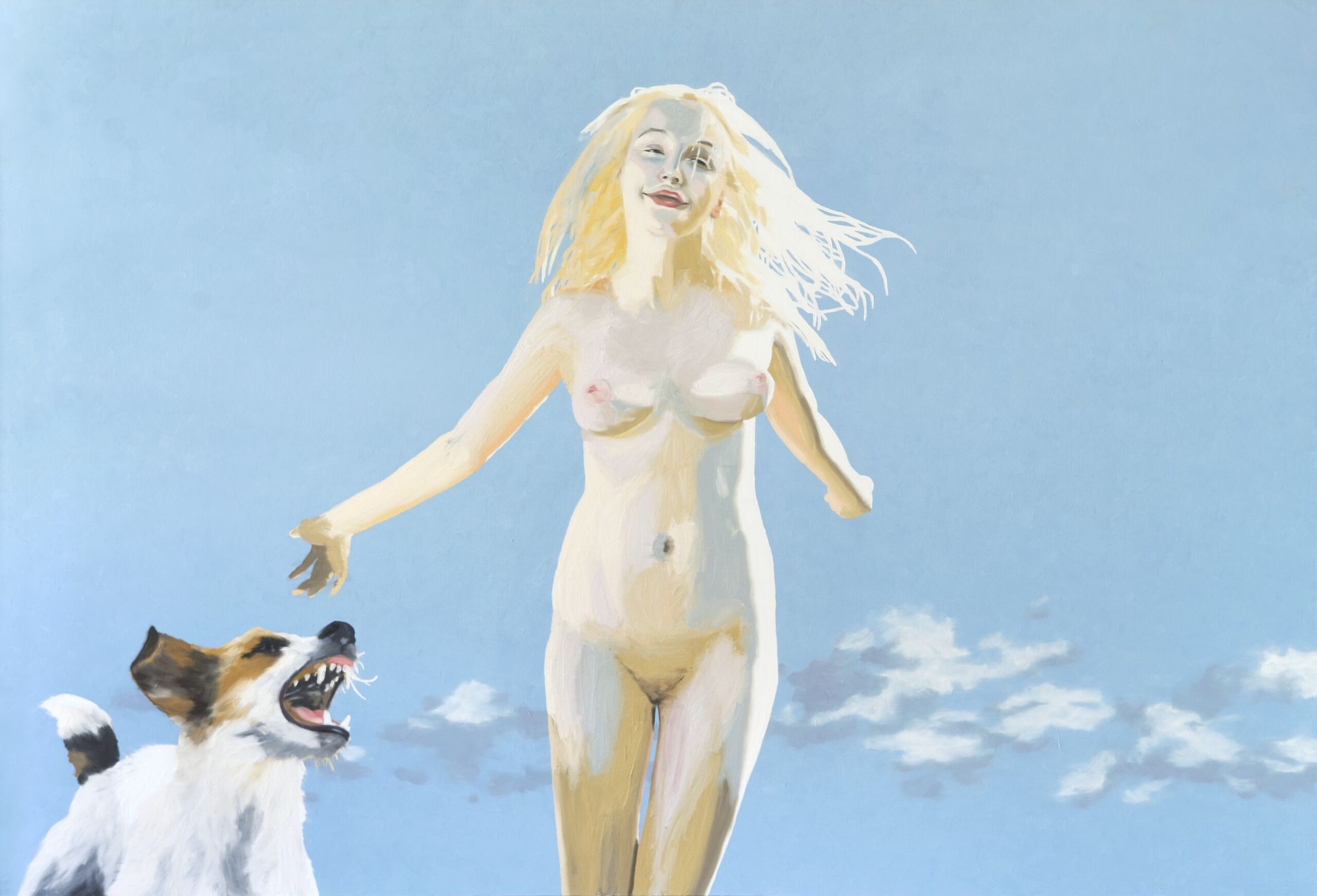 The striking self-confidence of Merike Estna’s large-scale paintings from 2005 and 2006 is due to the young, outstandingly talented painter’s grounded belief in herself, but probably also due to her studies at the Academia Non Grata before entering the Academy of Arts and the experience of using bold gestures she received there. The scale of these impressive paintings is somewhat alienating; their technical execution which can be closely inspected in the corridors of the Lasnamäe Pavilion reveals its inevitable brittleness. This helps to understand the essential uncertainty of the dreamy blue “good girl” images, the fluctuation between purity and taintedness, romance and irony.

“A girl grows up to become a bitch, or what happened to you, Merike?”1 Margus Tamm asked, comparing the artist’s former innocent childishness with her pretended playing with pornography in 2010. In retrospect, Merike Estna’s search for a significant message in her work seems as logical as her rapidly changing experiments with form. The artist’s attempt to understand her time, to belong to it and flirt with its spirit, readily unveils the essence of her development process to an outsider. Merike herself has aptly described the ambiguously shifted nature of her large paintings displayed at this exhibition as “the transfer of the position of power from the viewer to the nude”2. Likewise, her small paintings from 2008 indicate that, in the eyes of the young artist, their viewer is a sexist, misogynistic man.