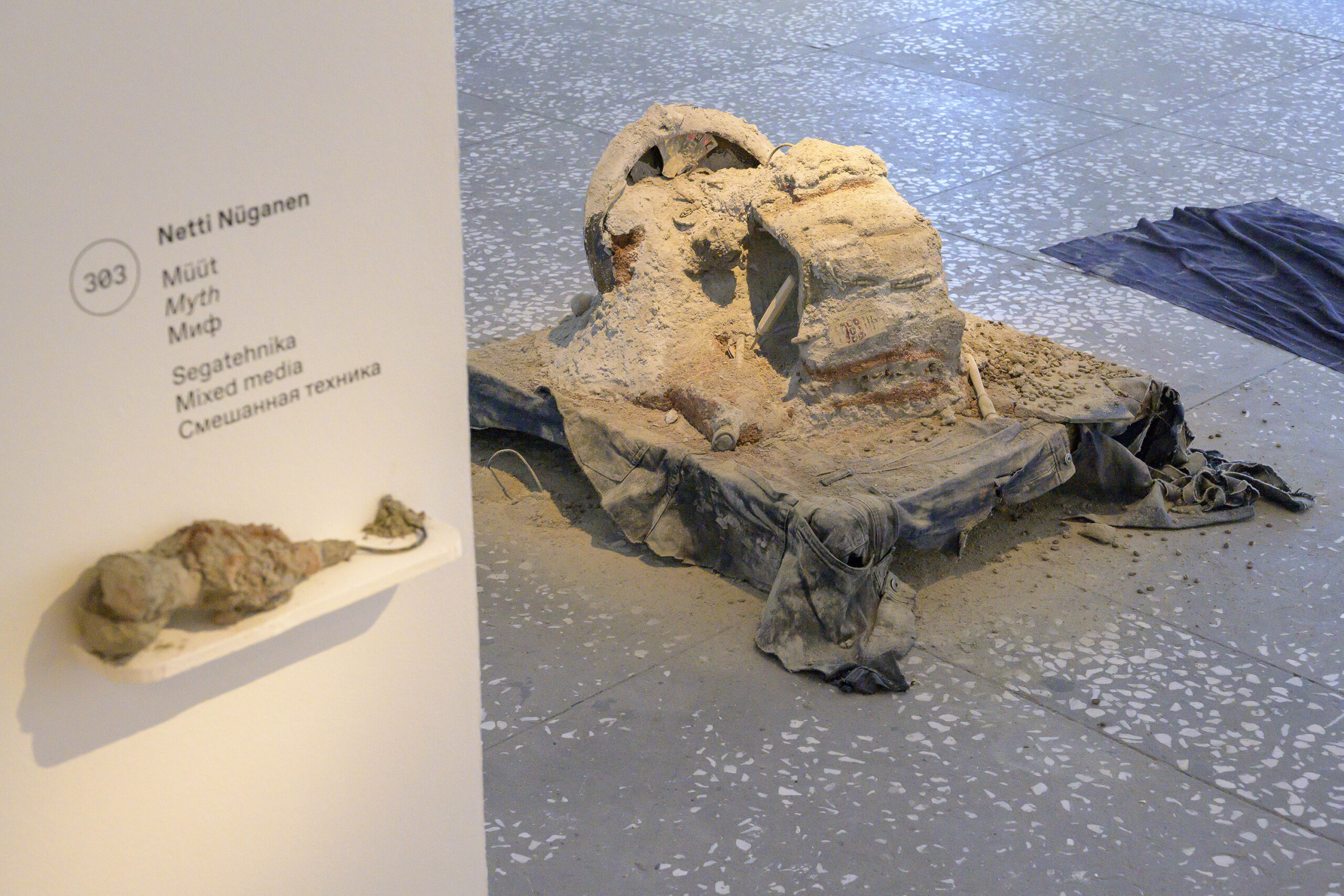 Myth: The Last Day, centred around an archaeological mine of different layers of history, in which a pseudo-archaeologist digs up objects from the ground. By creating myths, the work intertwines reality and fiction, thereby creating speculative pasts and futures.

With this installation Nüganen steps away from the central figure of the archaeologist and turns her attention to the materiality of the imaginary excavation site. The site presents a collection of objects that seem familiar but at the same time lack context. As such these become vessels for fantasy but can also be interpreted as debris stuck in time with nothing but decay further ahead.

Nüganen asks to what extent matter and meaning can coexist as time passes – when exactly does an object become decontextualised and what is a displaced object? Is it time or location that displaces things? Here, Nüganen offers a cross-section of layers of time, materials and objects fabricated from various materials, appearing both vertically and horizontally, tightly pressed together, illustrating a lack of movement possible within each layer of the formation. But just as these objects were once tied to specific people, so are the stories that get told about these objects and their users now. Who (re)creates the context and who has the right to tell stories – to whom do these discoveries belong?