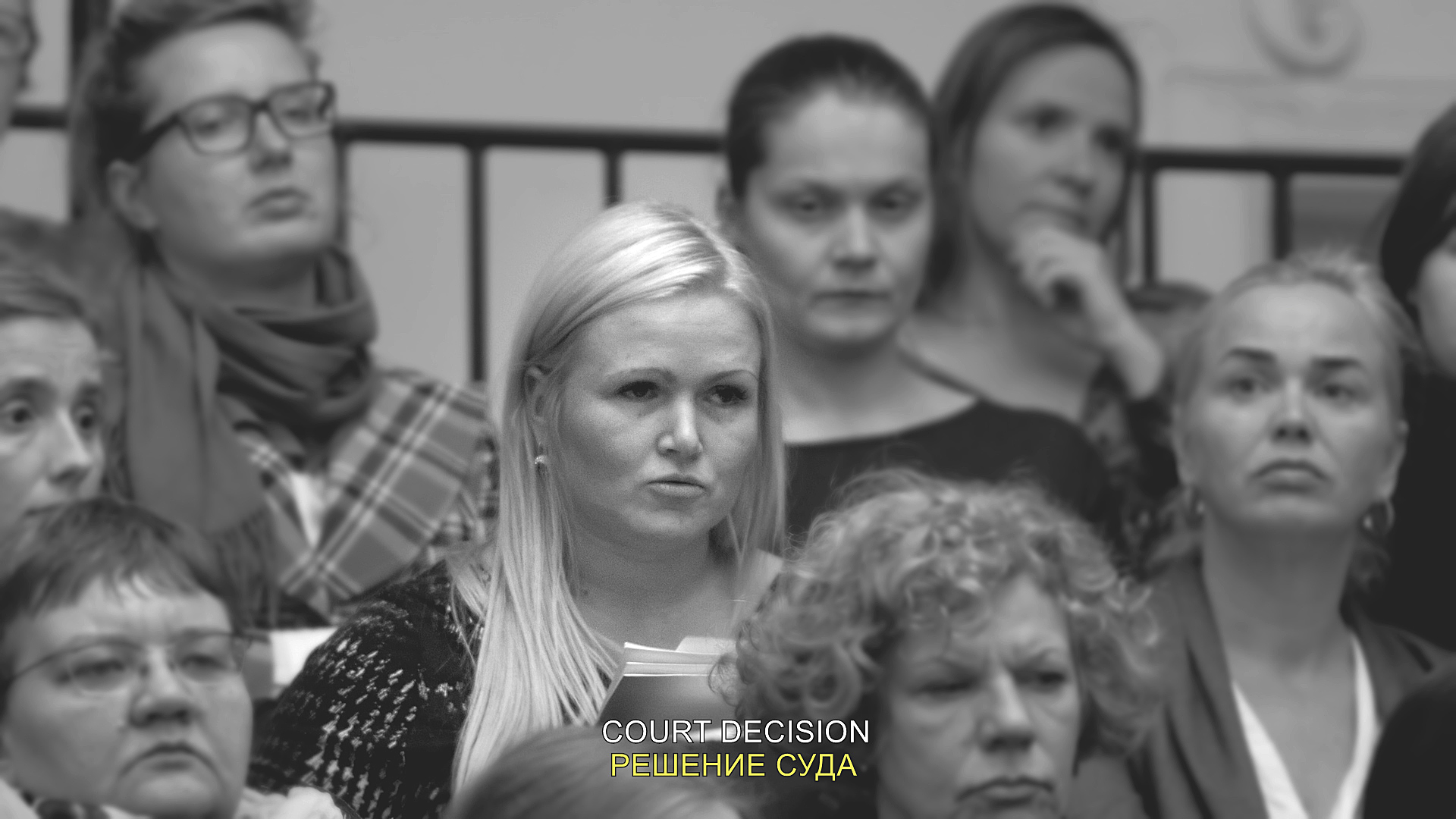 One of the most significant works produced by the artist in the recent past is shown at the rear of the hall. The work Illustrating the Request for Privacy produced in 2016 is a documented performance, which now continues to exist in video form. The performance originally took place at NO99 Theatre in Tallinn. It consists of a group of women invited by the artist to read their court files. To echo the official architecture of the courtroom and the theatre, the space has been adapted and equipped with a tribune, which first blocks the view to the video and prompts visitors to climb the stairs. Shot in black and white, Illustrating the Request for Privacy concentrates solely on the readings of the women in the artificial bureaucratic language which seems to be completely removed from the hurtful incidents and puts them into a position of reliving their trauma. As much as this can be read as a courageous emancipatory act of the women reading their cases publicly, it also highlights the gap between the official administrative records and the private, traumatic experiences that usually never receive greater attention.