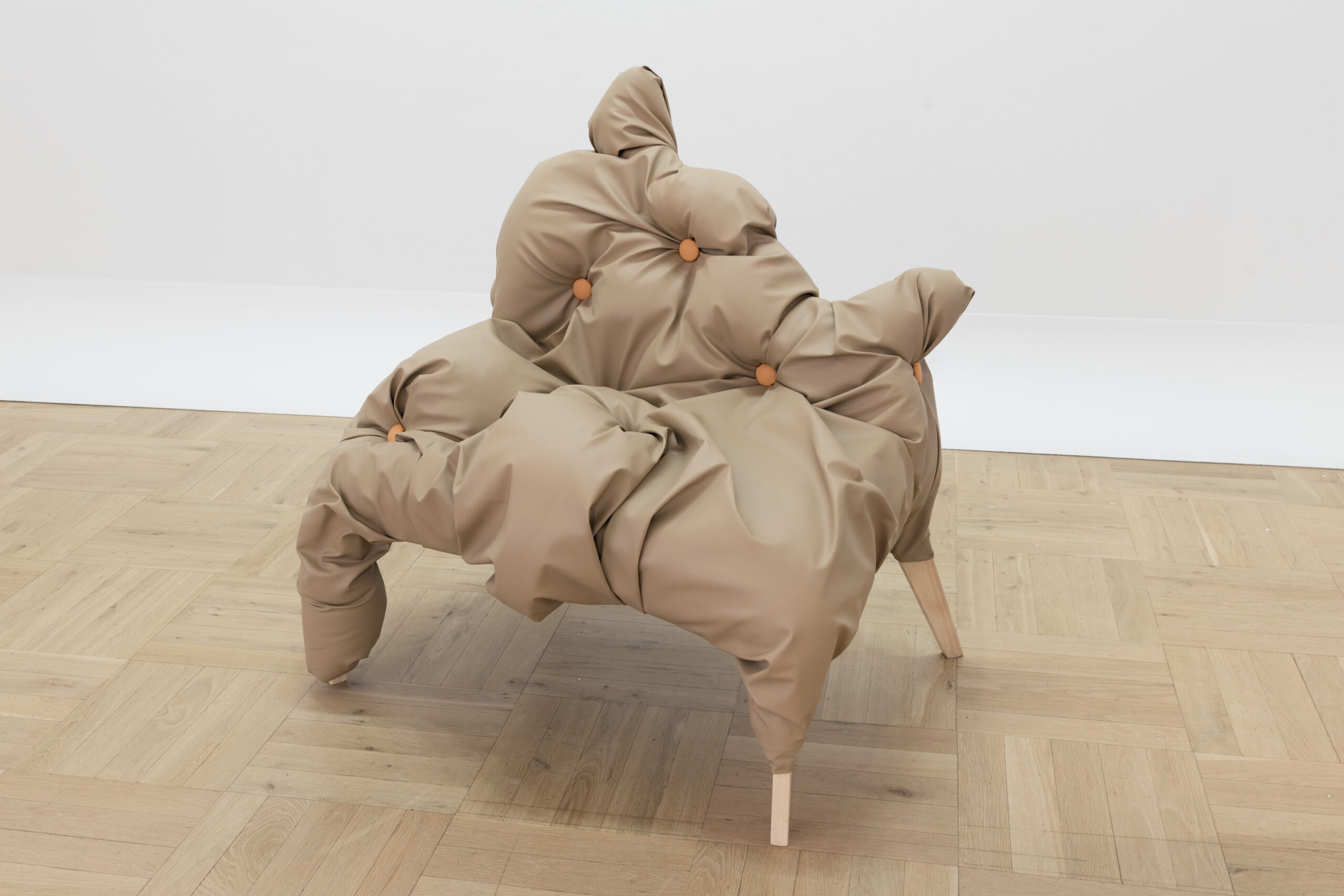 A newly produced series of sculptural objects, AHHaa Group borrows its title from the actual name of a self-counselling group initiated by Margo Orupõld. Up until today the group still exists under the same name, and several generations of women have attended it. One of the participants expressed her positive experiences as follows: “I am always looking forward to the AHHaa Group gatherings. Every now and again you discover something new about yourself. And it’s fascinating to see how much positivity, zest for life and energy radiates from each woman — it gives me a lot of strength, hope and faith that I’m on the right track.” Inspired by the force this group has, Kasearu decided to dedicate a special piece to the group. Placed as an open circle in the middle of the second exhibition room, the artist produced 9 objects as chairs, representing the meetings. Like prefigurations, they represent the women and a chapter in their lives they sought to leave behind. Most of the chairs are inspired by a specific story told by a member of the group and emphasise that often the mistreating behaviours by the husbands are not recognised by the social environment of the women. For example, the “Pretzel Chair” represents the story of a woman suffering the abuse by a violent man. This man was socially widely admired, as he would appear at family meetings and friends’ gatherings with his own baked pretzels, maintaining the image of a supportive husband.