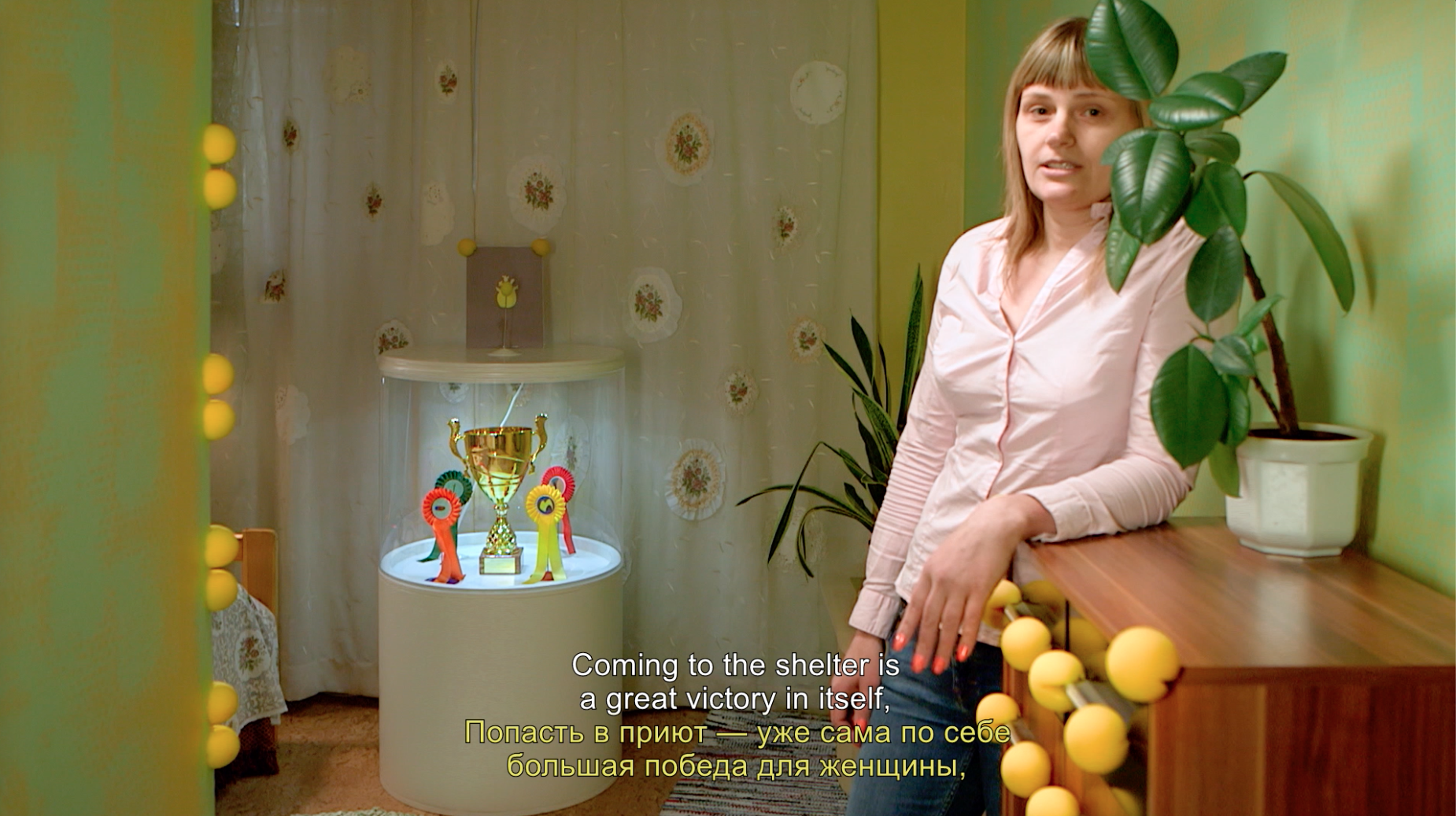 Festival of the Shelter is a video that Flo Kasearu produced during Festival of the Shelter, an exhibition which took place at Pärnu Women’s Shelter in 2018. Inspired by the time spent with the residents, their biographies and struggles, the artist conceived site-specific works for the living spaces, corridors and kitchen. In this way, she created a witty visual language that would highlight the complicated family situations of several of the women, where they either need to hide or simply feel invisible. Throughout the show, several trophies could be encountered, one of which was over a metre high and placed in the living room, drawing attention to and commending the women’s strength and courage. As the shelter can only be accessed by the residents and employees due to security reasons, Kasearu decided to produce a work dedicated to the Festival. Playing with the rhetoric of an infomercial, the video centres the artist’s mother and several women who were living there at that time. Prior to filming, Kasearu published an open call among the group for mediators to explain the works to the audience. This makes it different from most of the other works in the exhibition, where the artist chose to portray the women and their issues indirectly through a symbolic language. Their courageous appearances in this fictitious scenario is not only a manifestation of their self-determination to live an independent life without abuse, but also bears witness to their wishes to do so in reality.

Festival of the Shelter