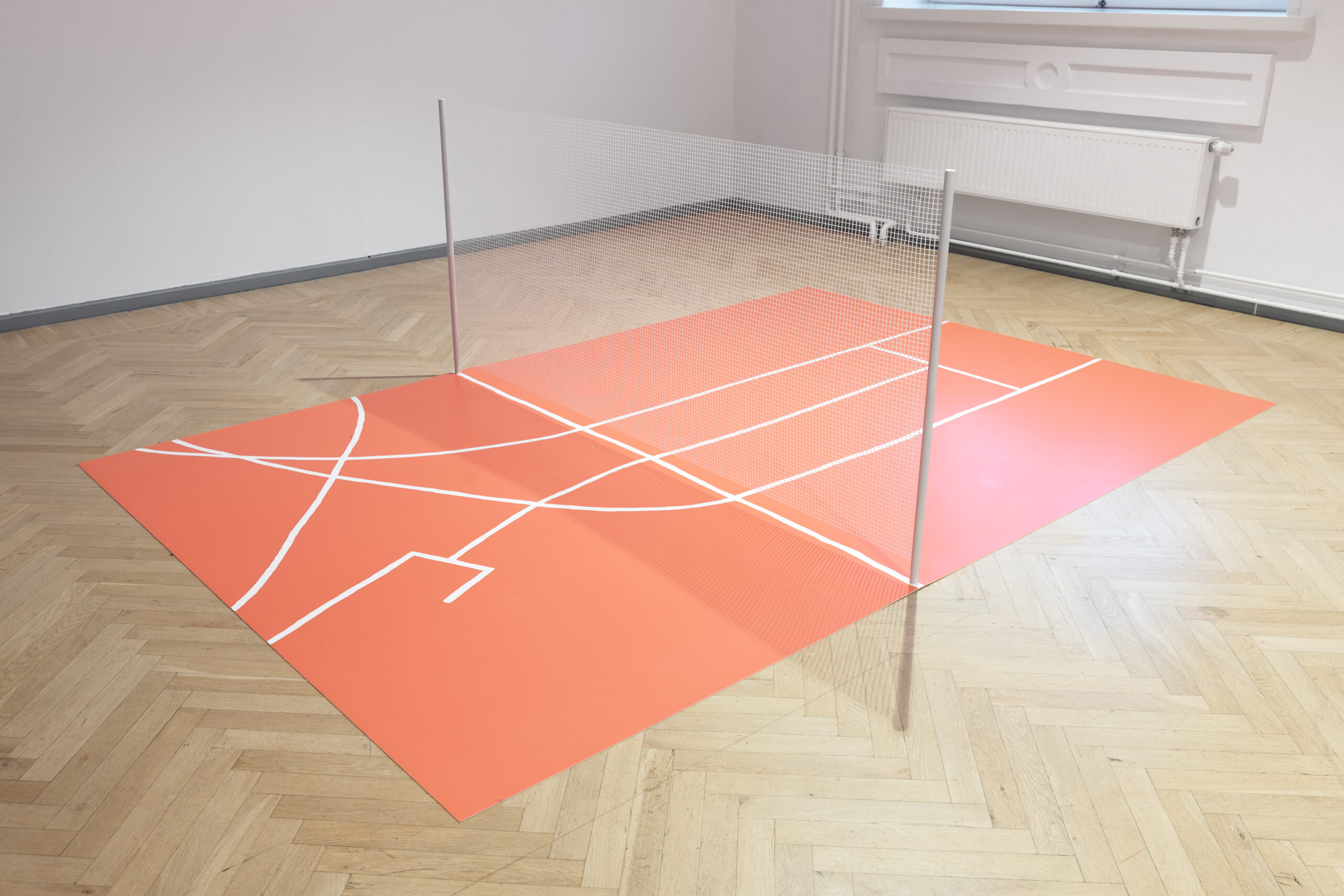 The Game Is Not Over Until I Say So is an installation, which introduces the last two chapters in the show dedicated to life after the shelter. As many of the women are going through a long divorce process, attending court, clearing issues in relation to properties and/or children’s custody, it can often be a tough and unnerving time. Confronted with their soon-to-be ex-husbands in court, many of the women experience a sense of “unfair play”. Men often manipulate the outcome of the divorce or present incidents differently from how they actually occurred. On top of this, a sense of relief after undergoing the separation process does not always occur; in contrast, a lot of women experience continuous harassment and manipulation from their ex-husbands, mostly outside of the official court meetings, by violating the restraining order or the agreement of shared custody.

Kasearu created an artistic language representing this stage in the journey, producing four sculptures as tennis fields that visualise different cases of “unfair play”. Simple and humorous gestures here embody the feelings of isolation and co-dependence or visualise a restraining order. The piece I Hate My Neighbours here, for example, also touches upon the issue that often many people in the social surroundings of the women are witnesses to their abuse, but seldom offer their help.

The Game is not over until I say so