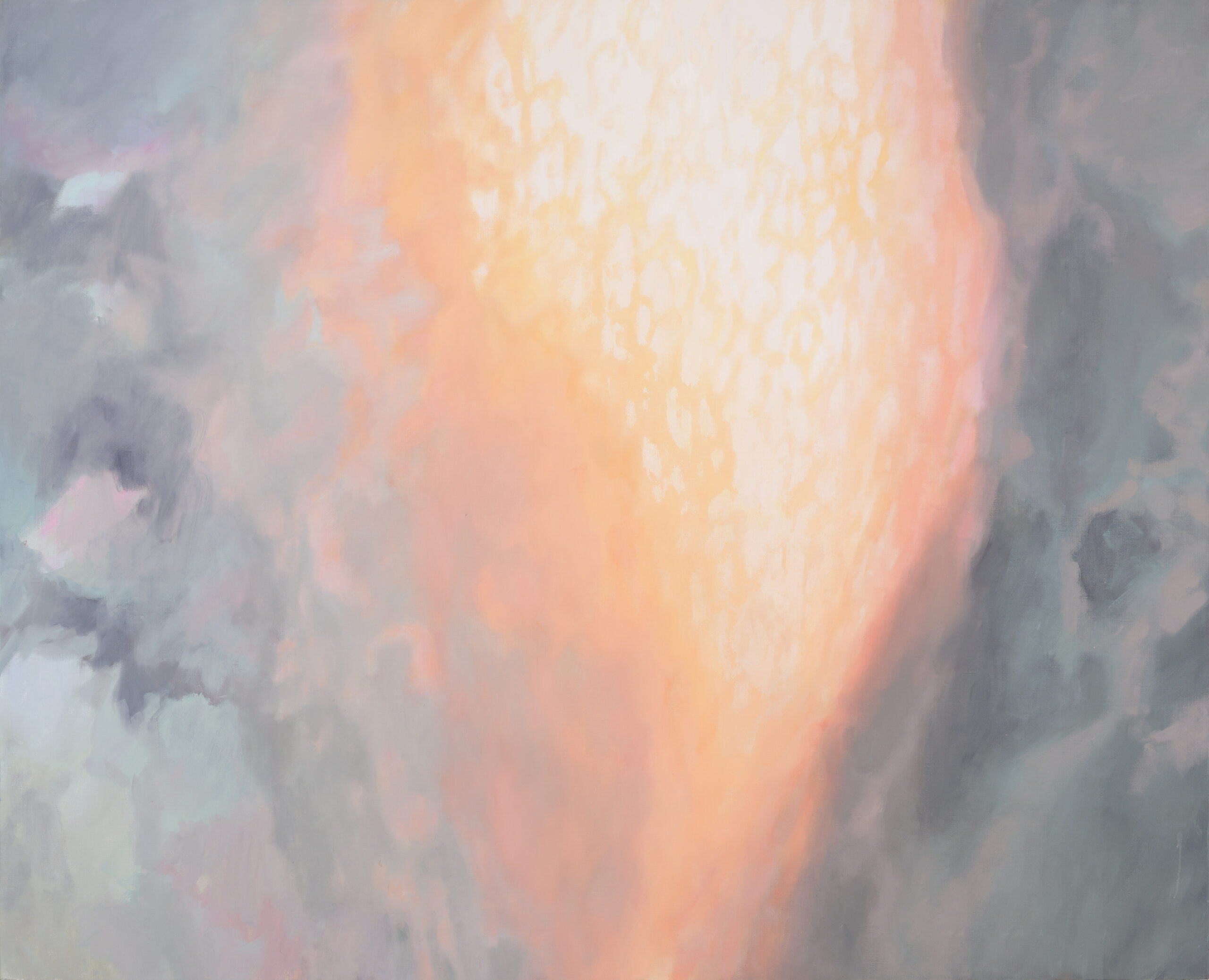 I wish to depict light: the flickering, changing light in motion and the great sensation of brightness of looking at the blazing sun behind a thin veil of clouds. I began to make large-scale paintings depicting spots of light. I painted large close-ups of this point of transition – twilight. What happened was that the painting began to dictate itself. I realised that my hand holding the brush wanted to move in a certain direction that felt natural to it. Like a dance, movement is dance, where it is natural for the body to move in a certain way. /…/ I started to feel the same thing when painting. I learned to understand where it feels natural to move and in which direction life wants to flow. From here the path of abstract painting began to unfold.