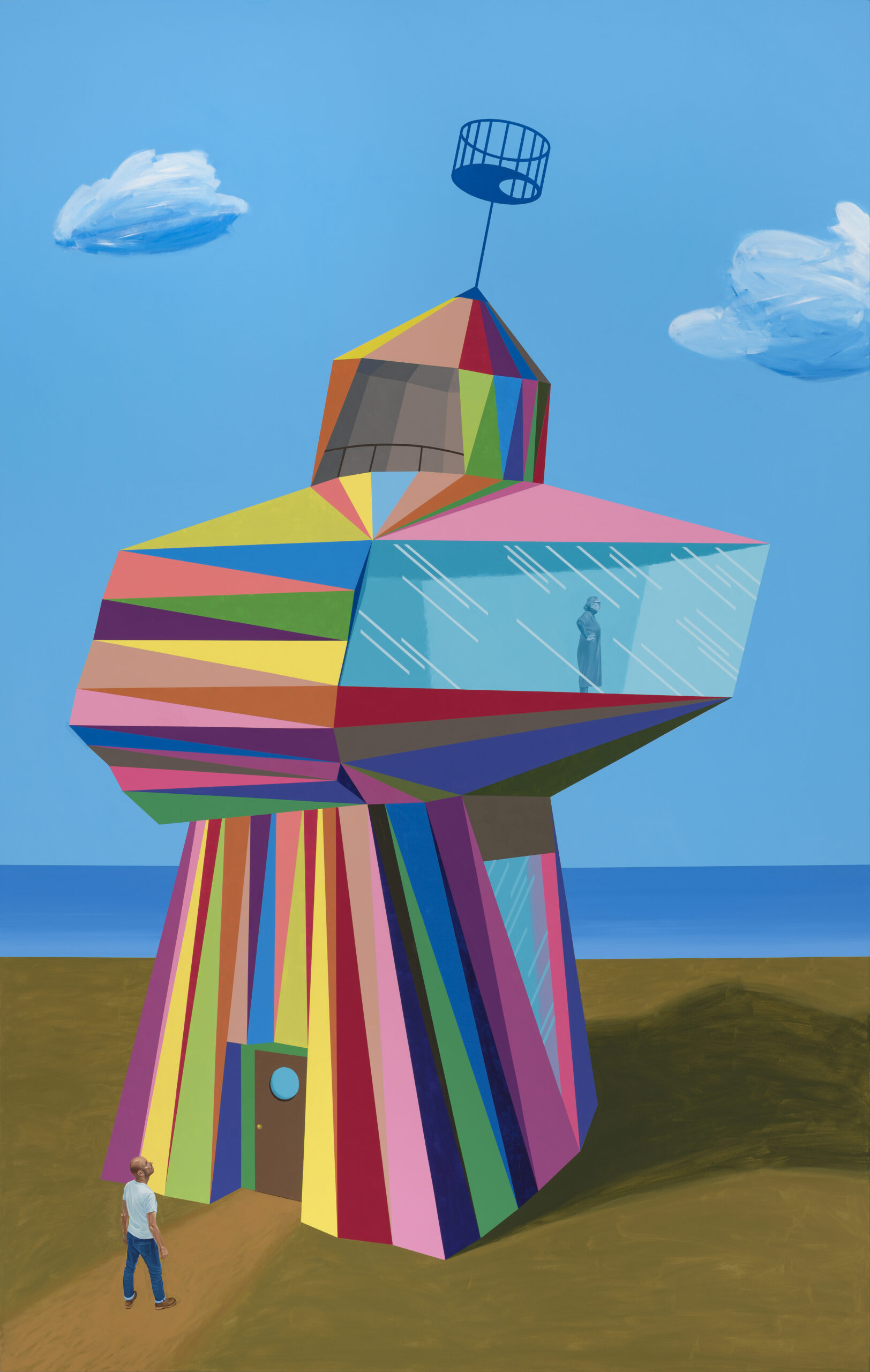 There is a long history of self-portraits and they have been created by almost every artist. Kaido Ole often places himself in the settings of his paintings. For example, in the works exhibited at his recent solo exhibition All Together at the Temnikova & Kasela Gallery, he presented himself as a technician in overalls, carrying paintings with his assistants in the exhibition halls. Several paintings presented at the exhibition also contained references to his fellow colleagues. Such references can also be found in the works at his current exhibition, A Sparrow in the Hand.

In these paintings, Kaido is wearing simple blue jeans and seems to be waiting to be let in the house in many of the works. For example, Painter’s House depicts a tower dwelling with a glass-covered viewing platform painted in Kristi Kongi’s colourful style. Looking closer, we see that this is indeed Kristi herself standing on the platform and looking into the distance. What kind of thoughts is she so immersed in that she doesn’t even notice the guest waiting behind the door?

In Honour of Jonas is dedicated to Kaido’s Lithuanian friend, painter Jonas Gasiunas. House with Run-Down Pool features dedications to Hockney and Sooster: the former with a swimming pool Kaido has dipped his toes into, and the latter with an ornate egg-shaped juniper next to it.

House with Trabant and Statue of Goethe, however, has been created with Benjamin Badock in mind. The iconic small Trabant car and probably the most famous writer in the whole German cultural space, Goethe, refer to East Germany, Benjamin’s place of origin. To top it all off, Kaido has portrayed himself as a monkey falling from the sky in this painting. The exhibition must indeed make him as excited as a monkey!