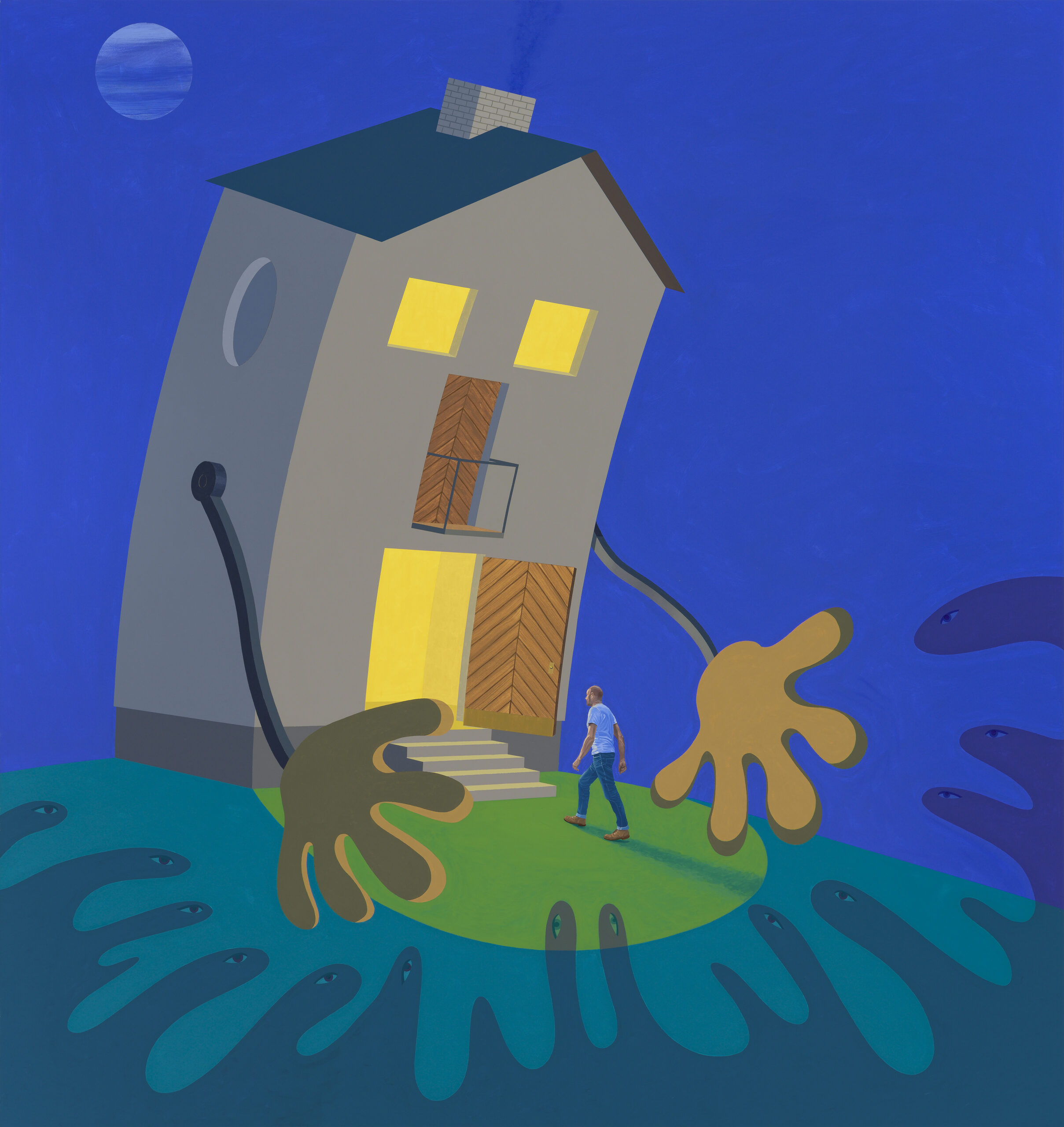 In the painting Home, a beautiful round full moon shines in the night sky. Under the watchful and jealous gazes of other people, Kaido is walking towards his home that awaits him with open arms. Smoke rises from the chimney, the house is probably warm and perhaps there is even a pot of tea steaming on the top of the stove.

Houses depicted by Kaido Ole feature important elements that could be considered desirable: balconies, swimming pools, viewing platforms or roofed parking spaces. Interestingly, he has depicted only private houses. No Soviet prefabricated panel houses or standard solutions. There are no neighbours whose talking heard through sockets or vents could disturb your peace in the evening. However, regardless of their desirability, these houses do not seem very practical. In some of them you can barely stand up, while others have unreasonably few windows. Would you be willing to live in a tubular log house with a sloping chimney, just so you could satisfy your great desire for a swimming pool? Or in an egg-shaped isolation home depicted in Villa Utopia, which indeed looks very cool and exclusive, but how do you get in there?