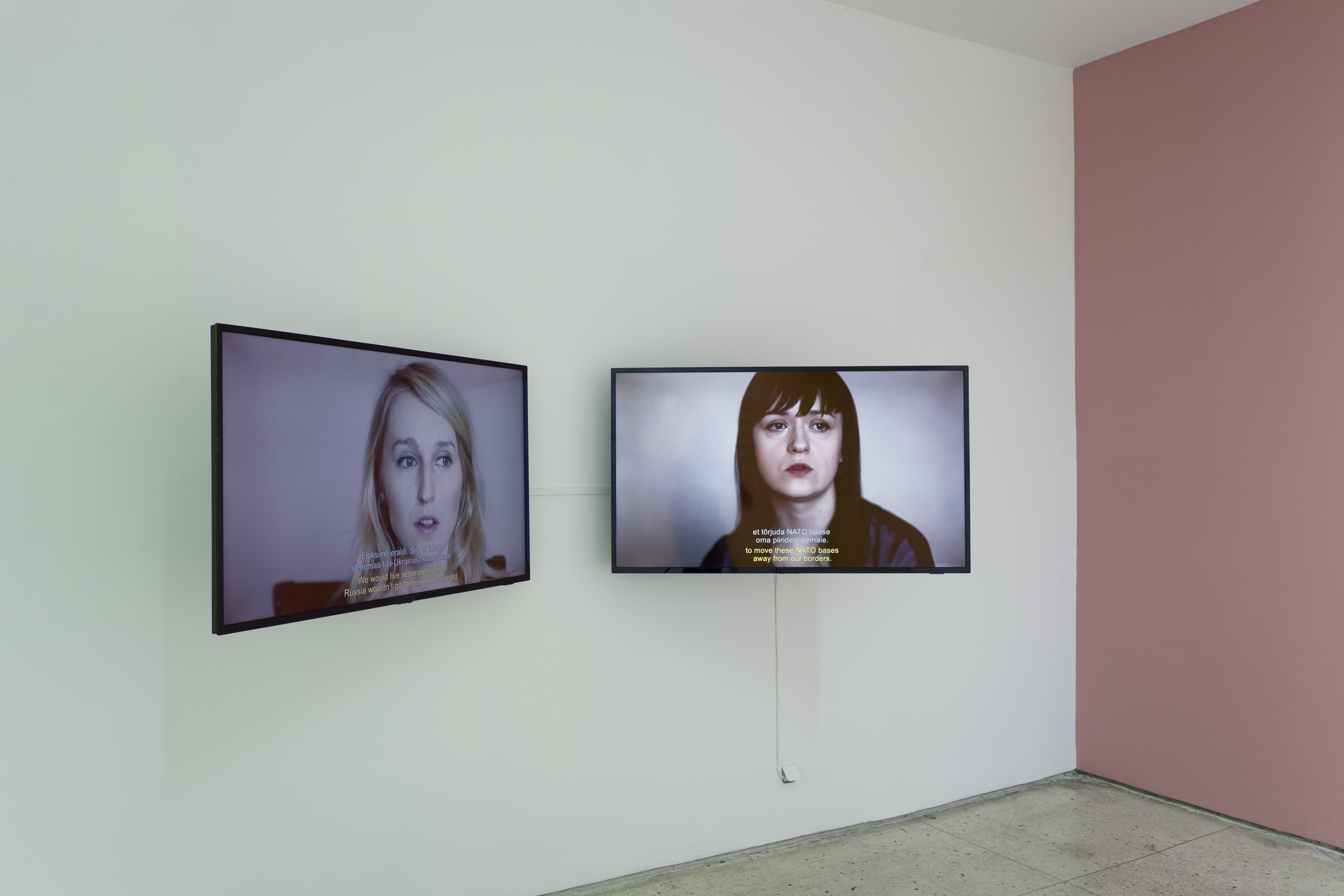 “Three Sisters” (2015) is a video and sound installation that focuses on the consequences of the 2014 Ukrainian revolution on families. The films are very personal to the artist herself and feature her relatives, some of whom are pro-Russia while others have participated in the uprising in Ukraine. The latter are strong supporters of the Ukrainian government, while expatriate members of her family express views ranging from support for Russia’s military interventions to liberal views. The conflicting narratives of what is actually happening reveal nationalistic sentiments flaring up on both sides of the borders, irrevocably altering family dynamics. Loved ones suddenly appear to be enemies. The work poses the question of how to maintain personal relations and family ties in these circumstances. The third witness in this conversation is the artist herself who interviewed the two women and seems to be asking questions on her behalf and that of the viewers. The events happening beyond Estonia’s borders are not only a local conflict but have become a global issue, sparking fears of another Cold War. They have also opened up questions about national identity, which seemed done and dusted.

The ongoing war and layers of separation between Muravskaja’s family members against the backdrop of a crisis of escalating complexity now take on further meanings during the global pandemic.  With nuclear families tested by the imposed quarantine and the closing of national borders due to health concerns imposing further displacement, the importance of ideology in shaping public opinion has never been more explicit. With growing xenophobia and calls for higher walls between us, will we remain isolationists when the outbreak is over?