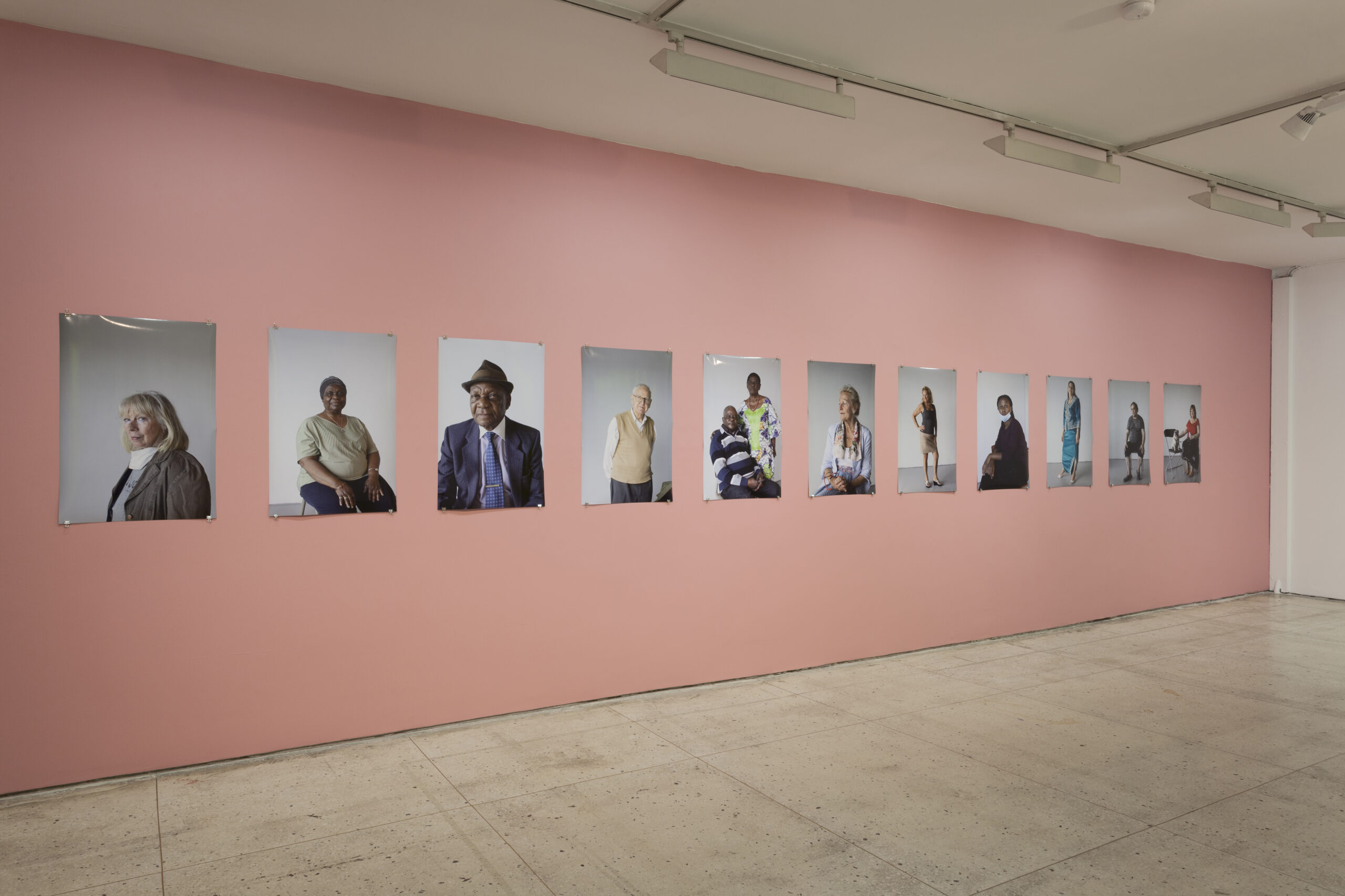 “Excess of Seeing” (2020) began as a series of photographs taken during the global pandemic of elderly immigrants who were connected to the Dienstencentrum Miro (Miro Community Centre) in Brussels. Having met these people during weekly soup kitchens, she then invited those who were willing to come to her studio to have their portraits taken.

Muravskaja conceptualised these portraits according to Mikhail Bakhtin’s “outsideness” and “boundaries”. Bakhtin celebrated difference in his artistic and political milieu of the 1920s, a time when it was astute to value these differences at all. These notions are useful when thinking about immigrants, who historically have been kept outside of institutions of power or have been defined as different and as “other” within them. But how can differences among people be defined in ways that enable resistance and creative activity for cultural change? Today, it is not sufficient to ignore or tolerate differences. We must continually insist on our differences being a source of creative visions for the future and the energy to enact those visions.

It is clear that Muravskaja has considered these questions, as she invited her heroes to open up to the present moment where the future has been suspended while confronting discomfort, pain and fear.