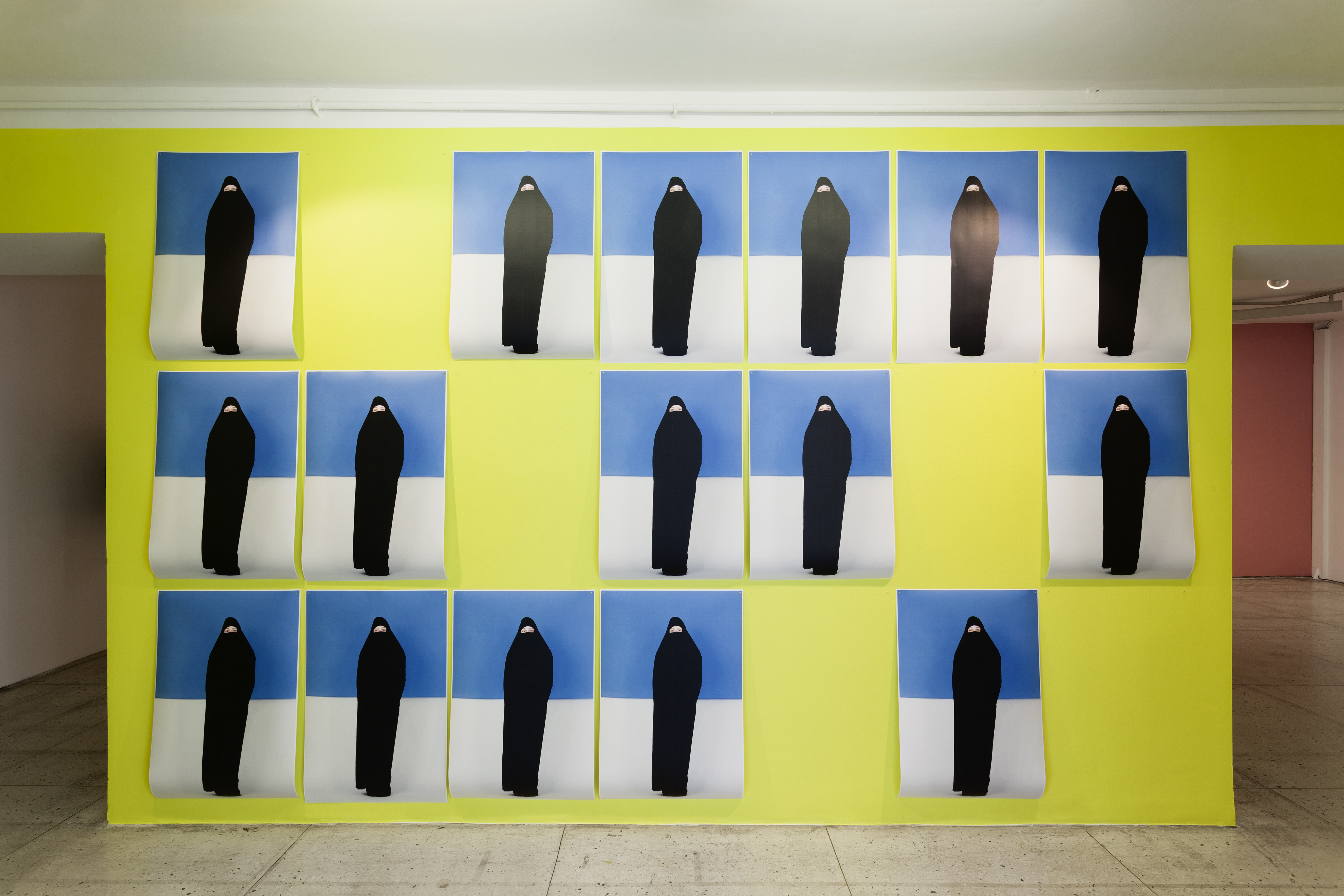 The poster “Positions: Self-Portrait” (2007/2020) comments on the search for self-identification and positioning oneself in one’s own culture from the perspective of the artist who is represented here. These questions have become more relevant than ever during the global pandemic when questions of the openness of Estonia towards foreigners and of who has the right to travel, work, study and live here are being re-evaluated and re-shaped. Muravskaja began this work fourteen years ago by asking herself fundamental questions such as “Am I really alone?”, “Is this an actual issue for all of society?”, “Is culture a closed, alienated space for the stranger?”

These questions are embodied in the figure of the artist herself, standing covered in a black hijab in front of horizontal bands of white and blue. These colours, of course, represent the Estonian national flag, with each colour carrying its own symbolism: blue expresses faith and hope for the future of Estonians and it is also a symbol of loyalty, black recalls the gloomy and torturous past of this people as well as the black soil of the homeland, while white represents Estonian’s aspirations towards education, as well as recalling the white snow of winter, the white nights of summer and the white bark of Estonian birch trees. The artist complicates the official narrative by covering up her own identity and conveying a feeling of isolation and being singled out. Today, this echoes a contempt for the ‘other’, as seen around the world.

What becomes the focus is the relationship between the individual and the flag, the body of the artist, and the abstract shapes and colours that compound this symbol. While the flag is usually a symbol of identity, strength and unity, Muravskja precisely rethinks these attributes. In these unprecedented times, in particular, pessimism, mistrust and isolation are prevalent in society. People feel disconnected from government and yet powerless to make a change. As citizens, we need a common dream and a desire to achieve it. We need to build connections, to develop a sense of belonging and unity. In a larger sense, “Positions” speaks of an under-appreciated and dehumanised community seeking a better home.