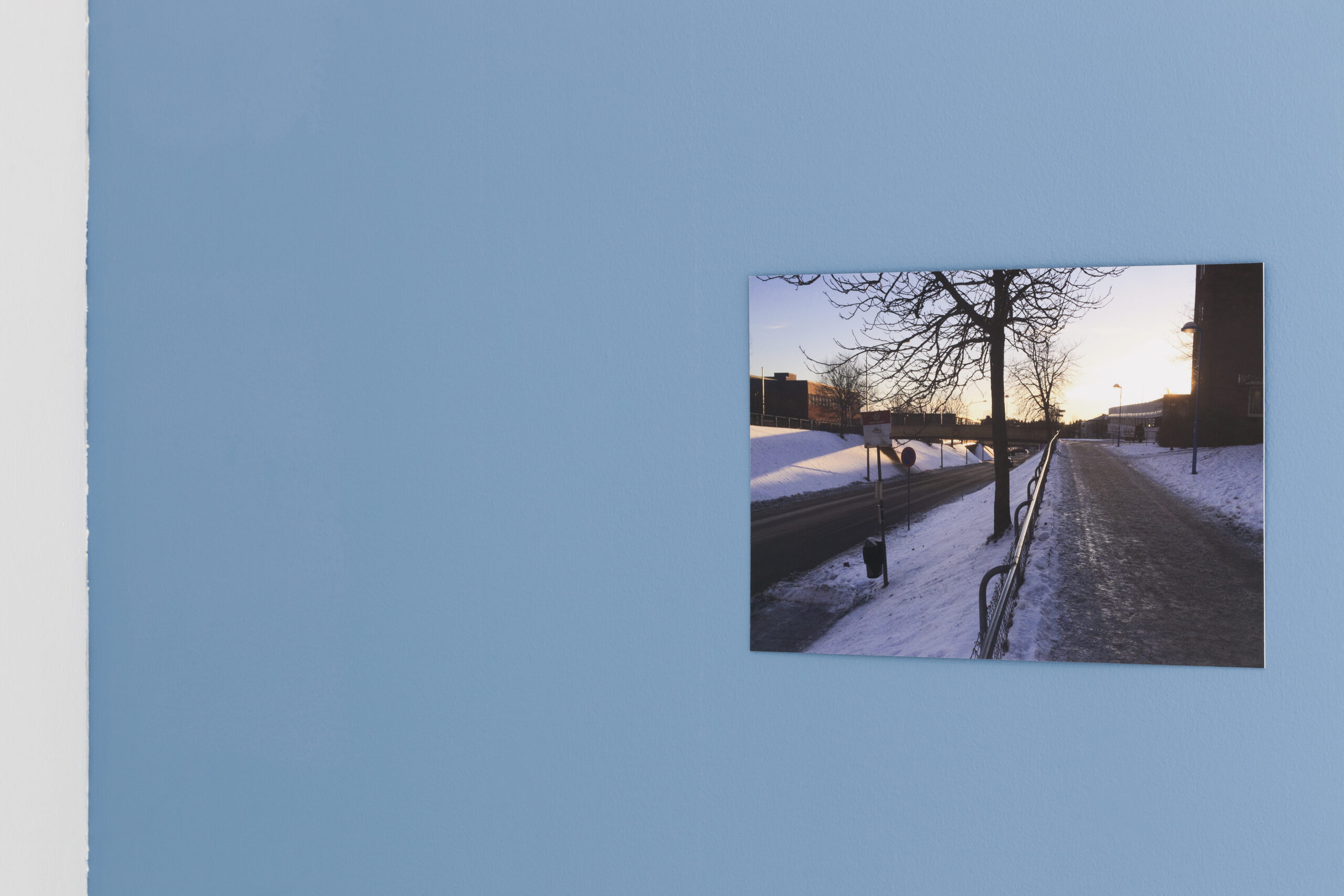 In 2019, the artist spent two and a half months at the residence of Tensta Konsthall and lived in the Tensta District, a suburb of Stockholm. Muravskaja remembers that: “Once ejected from Tallinn’s homogeneous monolithic space into the midst of cultures and peoples, I felt like someone living in the future.” Unfortunately, during the first days of the residency, a 25-year-old young man, an immigrant from Somalia, was shot right outside her residency apartment building. The local media reported that it was a gang-related act of violence. This traumatic event left a mark on the artist who felt shocked, saddened and paralysed by the murder, so much so that she virtually barricaded herself in her own apartment. Yet she stayed and completed the residency, even though she was given the option to leave by the institution. This series of photographs appropriately entitled “Fearless” (2019-2020) is a visual diary narrating that period in her life.

When looking at these photographs, it is impossible not to think about the current situation of global outrage against senseless deaths that reflect the deeply ingrained racial prejudice and injustice. The issue of race and the experiences of too many people of colour cannot be ignored. Instead of heading back to the comfort of her home, the artist decided to confront the uneasiness and sit with the discomfort. Gradually, she opened up the blocked out windows and began to have conversations with her neighbours about what had happened.

Reflecting on her lived experience in Tensta, the artist thinks of this work as a story of the inner transformation of a person. She explained that: “Understanding the global crisis, the quest for justice, and aversion to violence are aimed at overcoming the internal crisis and making cultural changes associated with the emergence of new values and motivations – social, ethical and spiritual ones.”

As we witness the injustice and prejudice that permeate our world during the pandemic, we should not allow ourselves to stay comfortable. In this context, being comfortable, being silent is being complicit. Discomfort means change. We should learn to sit with it.