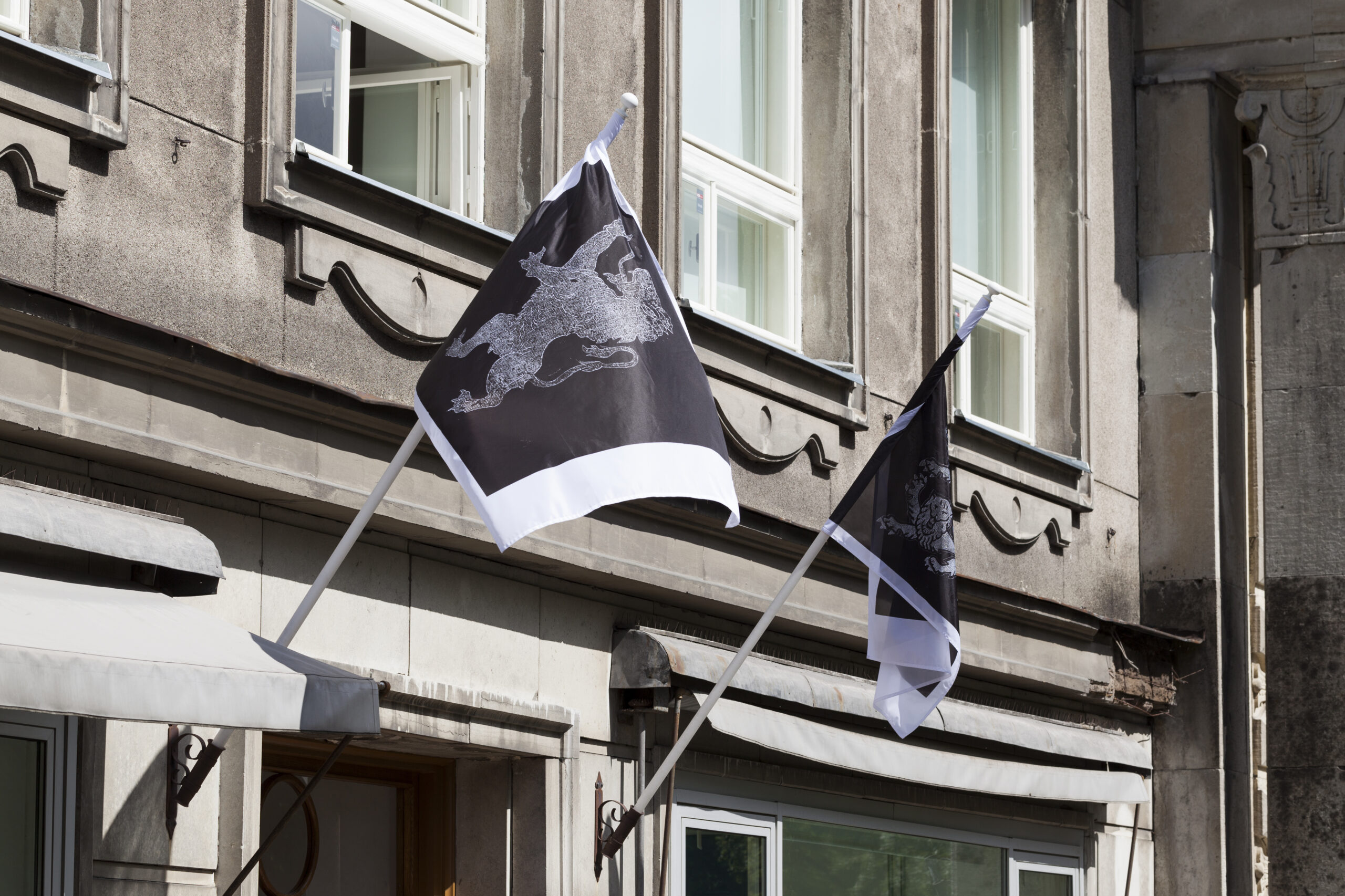 “Amateur Big Cat Watching at Passport Control” (2016-2017) consists of a series of 39 etchings displayed at the Art Hall Gallery and corresponding flags flying on both the facade of Tallinn Art Hall and at a host of venues across Tallinn. You can visit the different flag locations using the list provided in the gallery.

These works depict the so-called “big cats” (such as tigers, lions, jaguars and leopards), that are featured on passport covers from countries around the world. As a bilingual person who herself has traded a Belarusian passport for an American one, Bliumis has worked with the themes of geopolitics, borders, migration and nature throughout her career.

In creating the series entitled “Amateur Watching at Passport Control”, the artist studied all 195 passports currently in circulation worldwide. She dissected the symbolism of the coats of arms featured on the covers, and identified four major categories: plants and trees, birds, big cats and weapons.

From lions to jaguars, from Estonia to Aruba and from Malaysia to Norway, in this series Bliumis explores the intersection of nature and national identity. Big cats are often one part of a national system of hereditary symbols or a coat of arms, appearing debossed in metallic gold on passport covers.

The artist captured 67 big cats or big cat-related creatures on 39 passport covers. Bliumis isolated each animal from its national symbolic context and brought it true to the source, with a focus on the symbolic characteristics that connect the image of the big cats with national traits and history: power and generosity (Aruba), sovereignty (Belgium), struggle and independence (Estonia), episcopal authority (Montenegro), protection (Ghana), strength and courage (Malaysia).

The series is built around the paradox that big cats, which symbolise attributes such as agility to overcome obstacles, courage to explore the unknown, a spirit of adventure and freedom to roam, are used on passports – documents that regulate freedom of movement internationally. This is especially poignant in the current global pandemic as governments have fallen back on national borders to impose restrictions on who can enter or stay, even inside the European Union, which until recently has been known for the abolition of borders between its members.

Viewers are invited to distinguish between the similarities and differences of the big cat representations described below, and to make their own connections between what each animal represents and what that says about the country whose symbol it is.