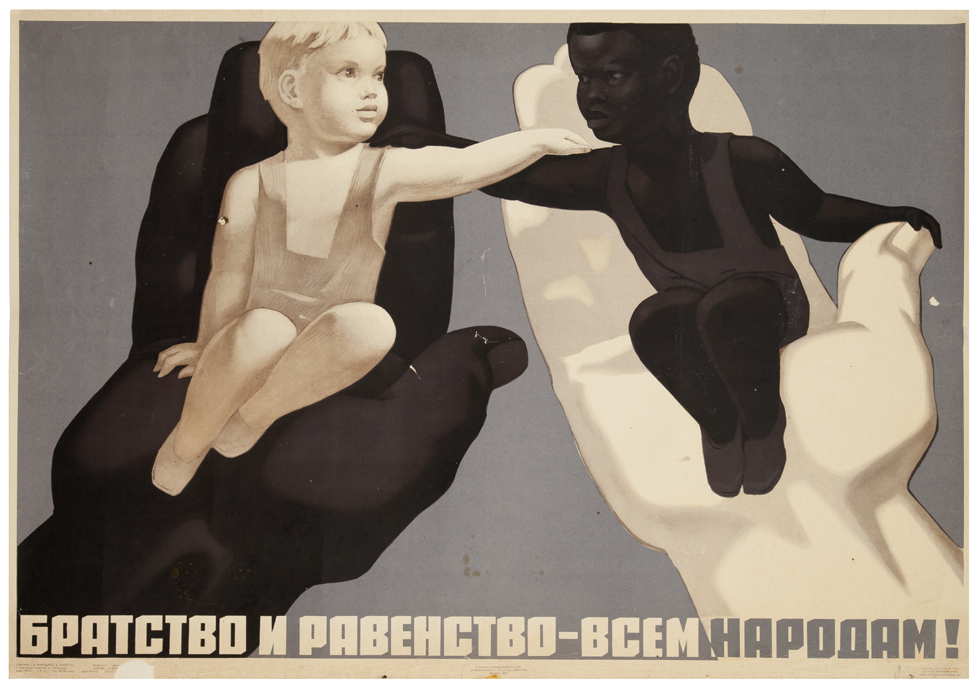 Wayland Rudd (1900–1952) was an African-American actor who received critical acclaim for his performance in Eugene O’Neill’s The Emperor Jones. Frustrated over racism in the entertainment industry in the US, he moved to the Soviet Union in 1932 where he began a successful career in Soviet theatre and film. During Rudd’s twenty-year-long career in the Soviet Union, he appeared in numerous films, theatrical performances and plays. He was also a model for paintings, drawings and propaganda posters and, in many respects, defined the image of the “Negro” for generations of Soviet people.

The historical Soviet images present a very complex and often contradictory mapping of the intersection of race and Communism in the Soviet context. They present this issue as unresolved, revealing the Soviet legacy on race as a mixed bag of internationalism, solidarity, humanism, and Communist ideals as well as exoticisation, otherness, racist stereotyping and hypocrisy.