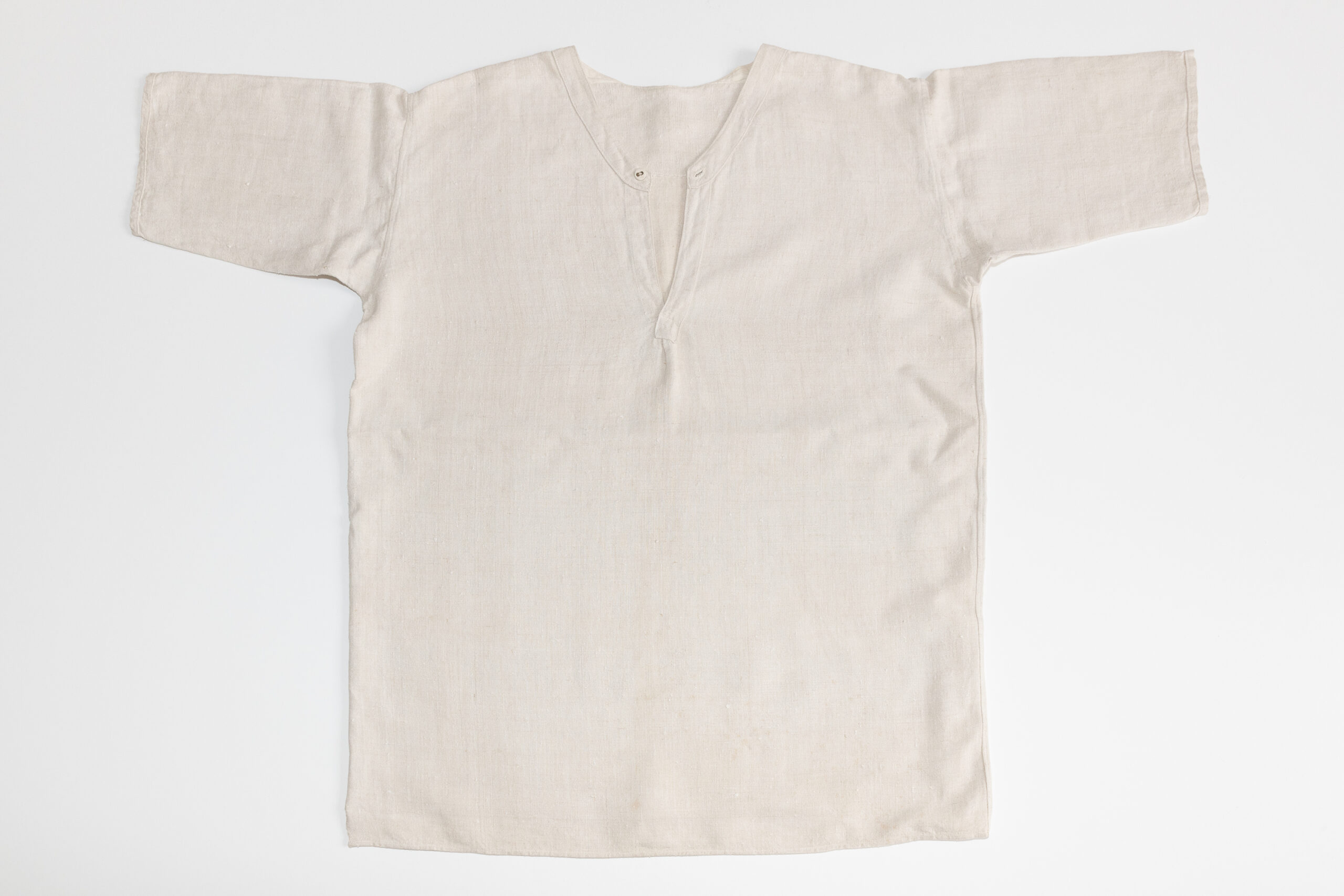 Developed from a white undershirt in the early 20th century, the white T-shirt is probably the most ambiguous and common garment today. It transcends cultures, classes, styles and identities, geographic regions and genders. The development of a modernising society, including democratisation, mass and overproduction, the extension of freedoms to more people, the disappearance of the elite tailor-made fashion, technological and military developments, colonial relations and pan-European social reforms which improved sanitation – these are the keywords that, consciously or not, will forever remain to haunt the semantic field of the white T-shirt.

Having grown out of a working class undergarment, the white T-shirt became the symbol of heroic masculinity, and also of gay culture. Today, this object that has reached the stages of both subcultural movements and high fashion, belongs to the basic equipment of almost every designer, clothing store and social movement. Already in the mid-20th century the white T-shirt conclusively broke free from the status of undergarment to become stand-alone outerwear, leading the way to its more colourful twin sister, the graphic T-shirt.