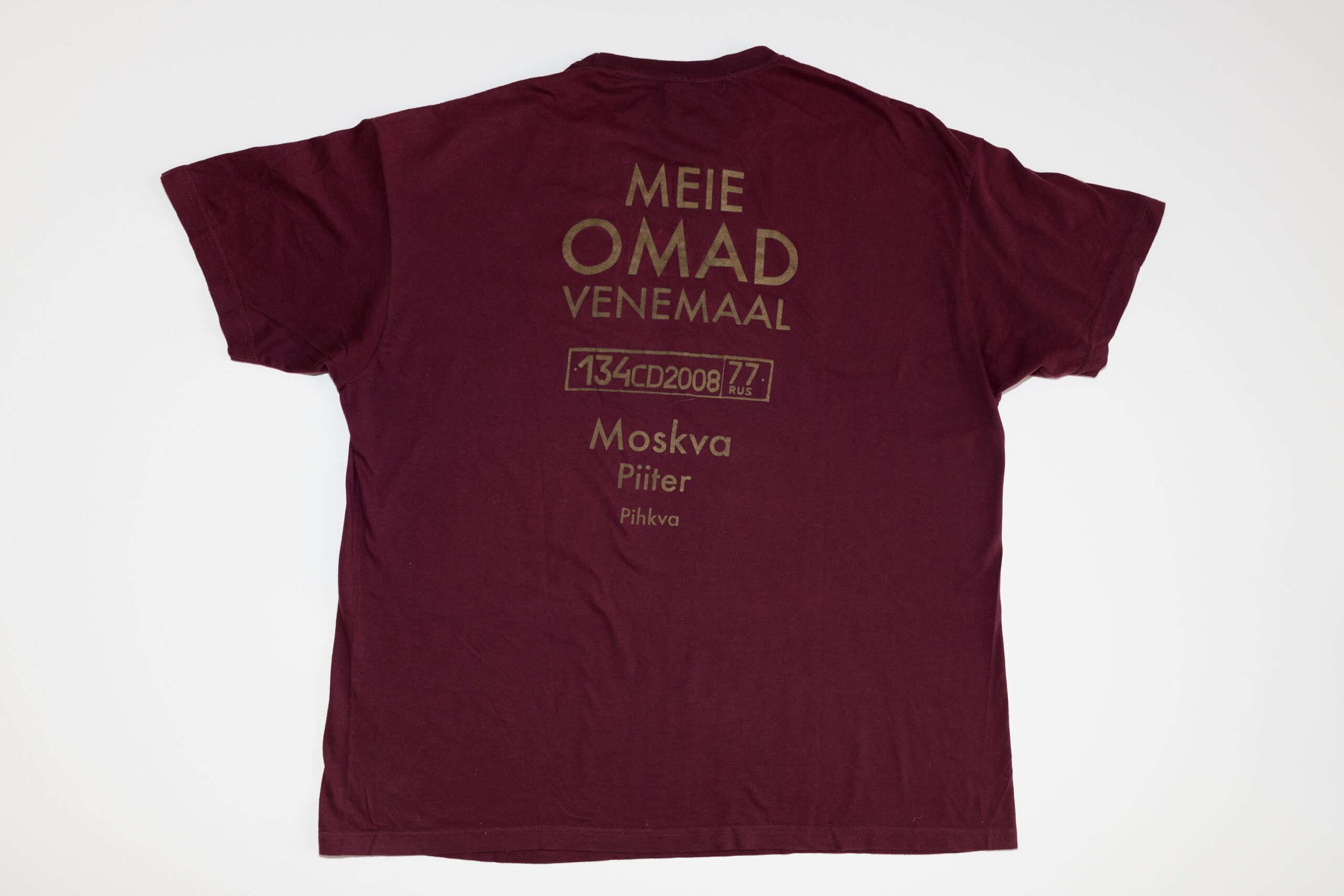 One of the most iconic authors of T-shirts is the British fashion designer Katharine Hamnett, who wore one of her T-shirts with the political message “58% Don’t Want Pershing” when meeting with Prime Minister Margaret Thatcher in 1984, clearly expressing the view that people do not want American nuclear warheads in Britain.

Political messages displayed on T-shirts are a cross-cultural phenomenon and are mainly used to for resistance and protest (Hamnett and “Kommarid ahju!”), or displaying a sense of belonging. An example of the latter is the T-shirt “Meie omad Venemaal” (Estonian for “Ours in Russia”) designed for the employees of the Estonian Embassy in Moscow during the blockade of the Estonian Embassy in Moscow as the aftermath of the Bronze Night riots in Tallinn. The blockade of almost a week (27.04–02.05.2007), which also included attacks on the embassy building and the vehicle of the Estonian ambassador (the license plate of the car attacked was printed on the shirt) was organised by members of the Russian youth movement NASHI (НАШИ; Russian for “OURS”). Listed on the shirt are all Russian cities with Estonian diplomatic representations: Moscow, St. Petersburg and Pskov.

Another shirt displayed at the exhibition, which is related to the events of the Bronze Night and the “Kommarid ahju!” scandal is “VAŠI” (Russian for “YOURS”), featuring the text “ ТЕХТУД” (the Estonian word for “DONE”, written in Cyrillic), an image with human figures and the letter R symbolising the Estonian R-kiosk chain and the text “Хуго Босс”. It was a conceptual sequel to the “Kommarid ahju!” created as a critical response to the political machinations and egoism of Tallinn’s city authorities as well as several other “vashists”.