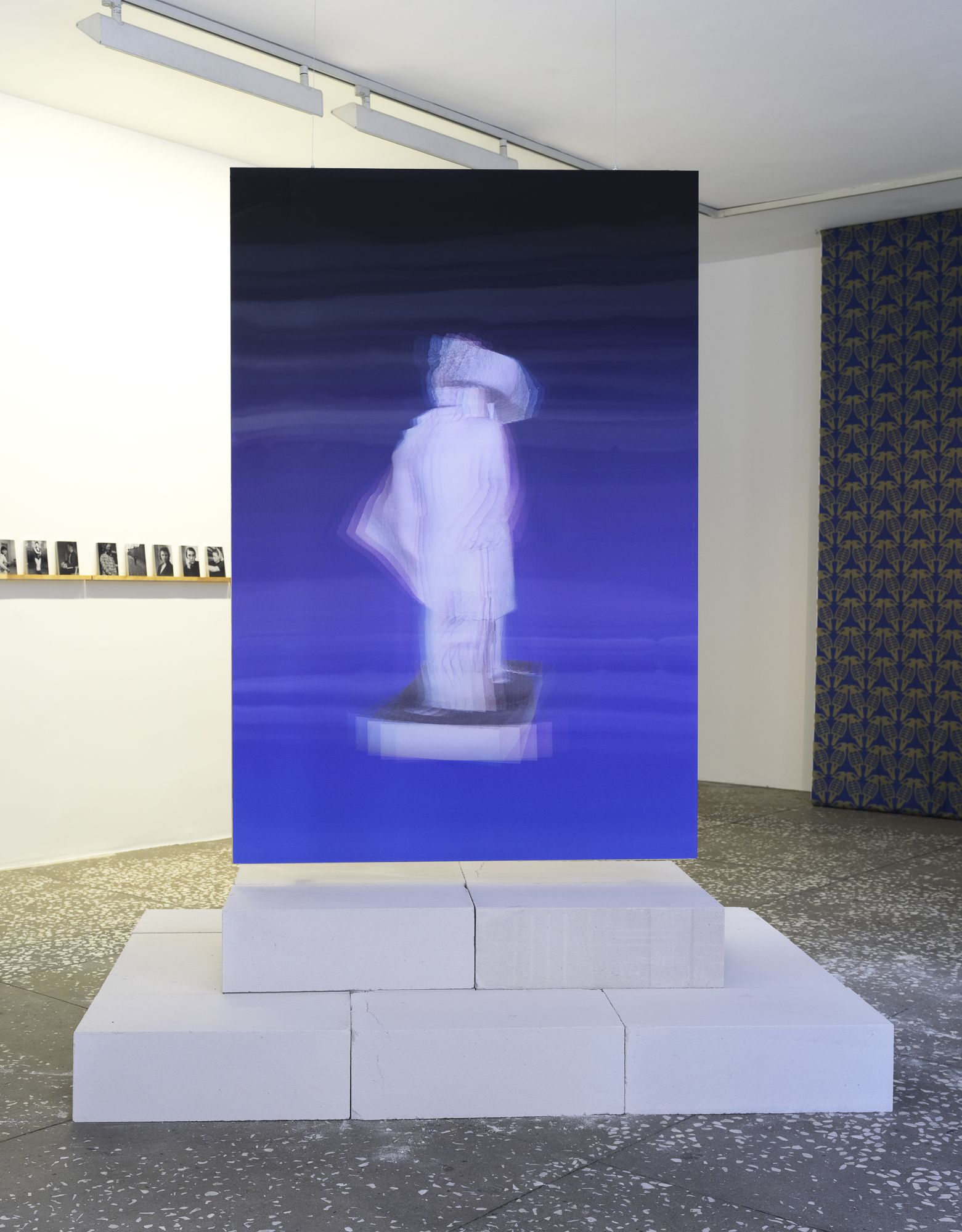 Monument of (R)evolution expresses the story or condition of the generation born in the early 1990s. This generation has spent its childhood in the middle of the Soviet era (objects, monuments, buildings), which have seemed like strange relics of the social order that exist alongside Western consumer goods. Monument of (R)evolution is a hybrid. While the essence of the monument is strongly related to individuality and uniqueness, innumerable canons have historically been followed in creating their shape, form, and content. The same can be said of the Soviet-era monuments, which are often copies of an original image and have been re-created following the principles of prevailing propaganda. Monument of (R)evolution is a lens print that morphs two images into a single hybrid: the Lenin Monument and the prehistoric megalith, which change shape as the viewer moves.