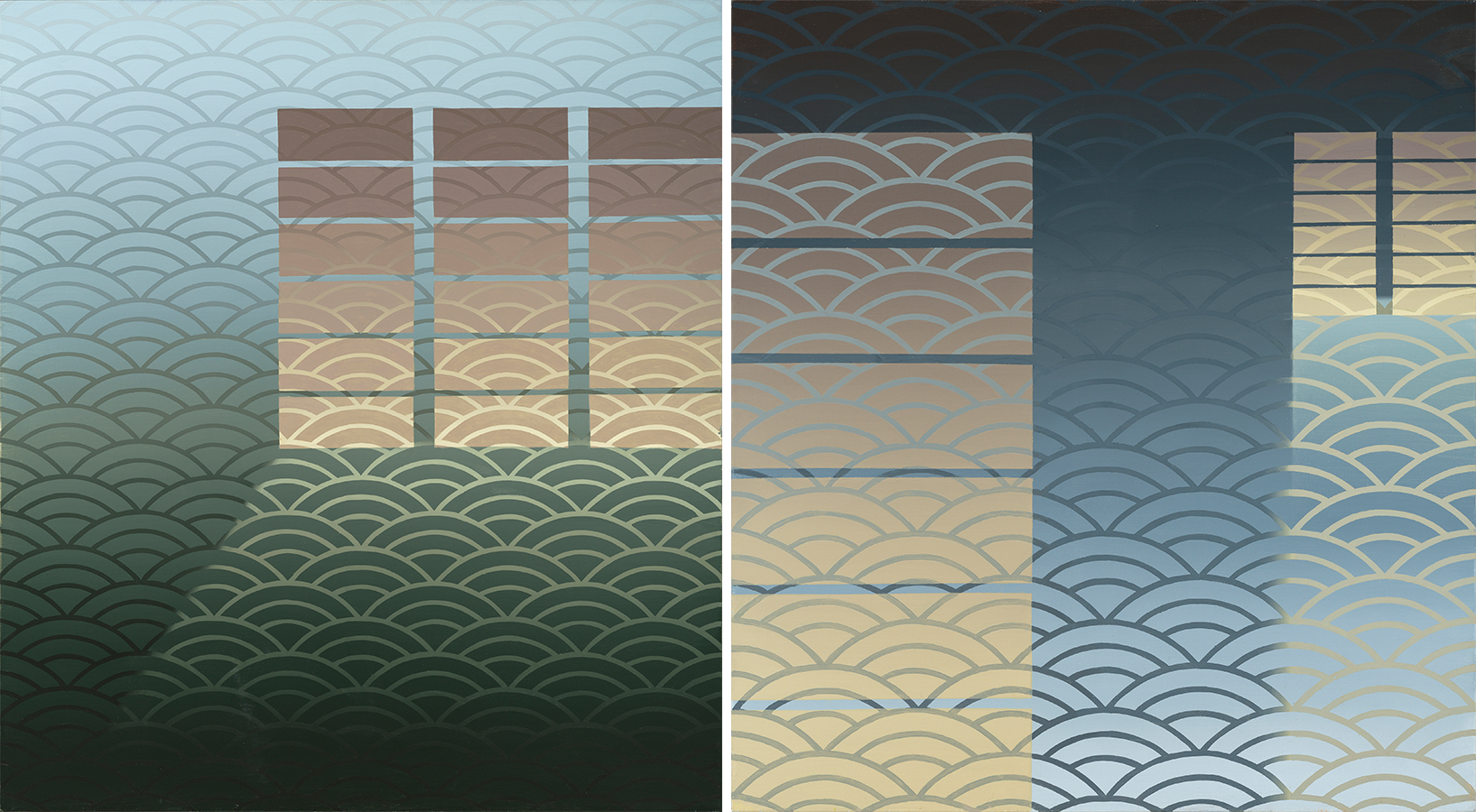 In this series the almost naturalistically precise details in Mari Kurismaa’s other works have been replaced by what looks like an abstract sketch elaborated with painting: groups of rectangles without outlines projecting from a Japanese wave pattern covering the entire picture. According to the artist, these depict a romantic park and houses with lit windows – her favourite motifs. Indeed, it is light created with the change of colours that has the power to articulate the composition in this series and make the shapes seem as if they were growing out from nothingness. We do not see other pictures in the same technique having such a degree of generalisation in Mari Kurismaa’s work. Perhaps this is because before returning to painting, she had become a professional interior architect by 2010 and learned how to use the possibilities of computer programs to create patterns and images? In my opinion, this is Mari’s most fascinating series in this exhibition.